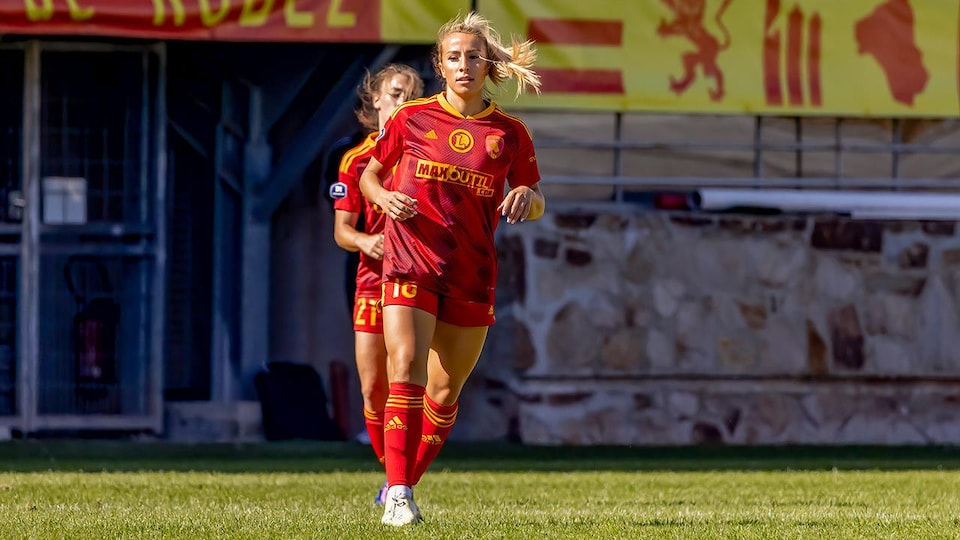 The D1as it is nicknamed, is considered to be the best women’s soccer league in the world.

Going from the second to the first division has its share of challenges. You have to adapt to a different style of play, but above all, you have to get used to not being the best team anymore and to face some of the best players in the world.

Those nicknamed the Rafettes lost their first four games in D1 and failed to score any goals in these duels.

Despite the difficult start to the season, Yasmine Hall says the team is happy with the way they are playing.

Three of the games we played were against some of the best teams in Europe. For example, last week we played against Lyon, who won the Champions League and we held our ownshe points out.

The Edmonton native finds that with each game, the team improves a little. She believes that the team will soon be able to win games, as they face lower-ranked teams.

Depending on the player who is used as a midfielder and as a defender, there are many differences between the D1 and the D2.

Yasmine Hall notes that in the first division, the game is more technical, more tactical and also faster.

I would say it’s a quieter game. In D2it was physical, it was a little less technical, while in D1, we play against smarter teams, who move the ball to destabilize the other teamshe gives as an example.

Play against his idols

By playing in the first division, Yasmine Hall has the chance to play against some of her idols.

In Lyon, we faced Amandine Henry and Eugénie LeSommer. They are older, but when I was younger, they were players that I always watched on television. Sharing the pitch with them was very specialshe says.

This match in Lyon was also the chance to play in the Groupama stadium, one of the biggest in France.

Presence at every game

So far, Yasmine Hall hasn’t started in any of her roster’s four games, but has come on to replace a teammate in every game.

Against Paris FC, she entered the match in the 70th minute, the following week against Paris Saint-Germain she was called up in the 77th minute. In the third game, she came on in the 73rd minute and then it was against Lyon that she had her longest presence when she replaced a team-mate in the 58th minute.

Yasmine says that the style of play of the D1 suits him better than the style of the D2. She is one of the few players on her team to have played in the United States, which makes her a different player. She is more athletic than the majority of her teammates and tires a little less quickly when she has to run on the field.

As we played in the best D2 team last year, I was able to improve technically and tactically, which allowed me to be comfortable when I entered D1.she explains.

Unlike many of her teammates, Yasmine Hall has no Premier League experience, which is part of the reason why she hasn’t made it to the 11 starting roster yet.

I asked the coaches what I should do to start a game, they told me to keep up the good work. They think I always make good entries into games, they want me to continue to have an impact on offense and play well in defence. I believe that I will soon have my chanceshe judges

Les Rafettes in a video game

This game, which has existed since the mid-1990s, includes for the first time the women’s teams of the first division championships of France and England.

This means that when you play, you can choose the women’s team from Rodez-Aveyron and use the character of Yasmine Hall.

The 24-year-old and her teammates have known since April that they are in the game, but they had to keep it a secret.

For our character to look like us, we have to spend about an hour in front of cameras. They are placed in a structure that looks like an egg which allows filming from several different anglesexplains the Franco-Albertan.

Once in front of the cameras, the players are asked to act as if they were in certain situations, for example a goal from their team, a goal from the opposing team or a yellow card.

Yasmine Hall finds that her character doesn’t look much like her, but she’s happy to find herself in one of the most popular soccer games in the world.

Yasmine Hall, a Franco-Albertan in the best soccer league in the world