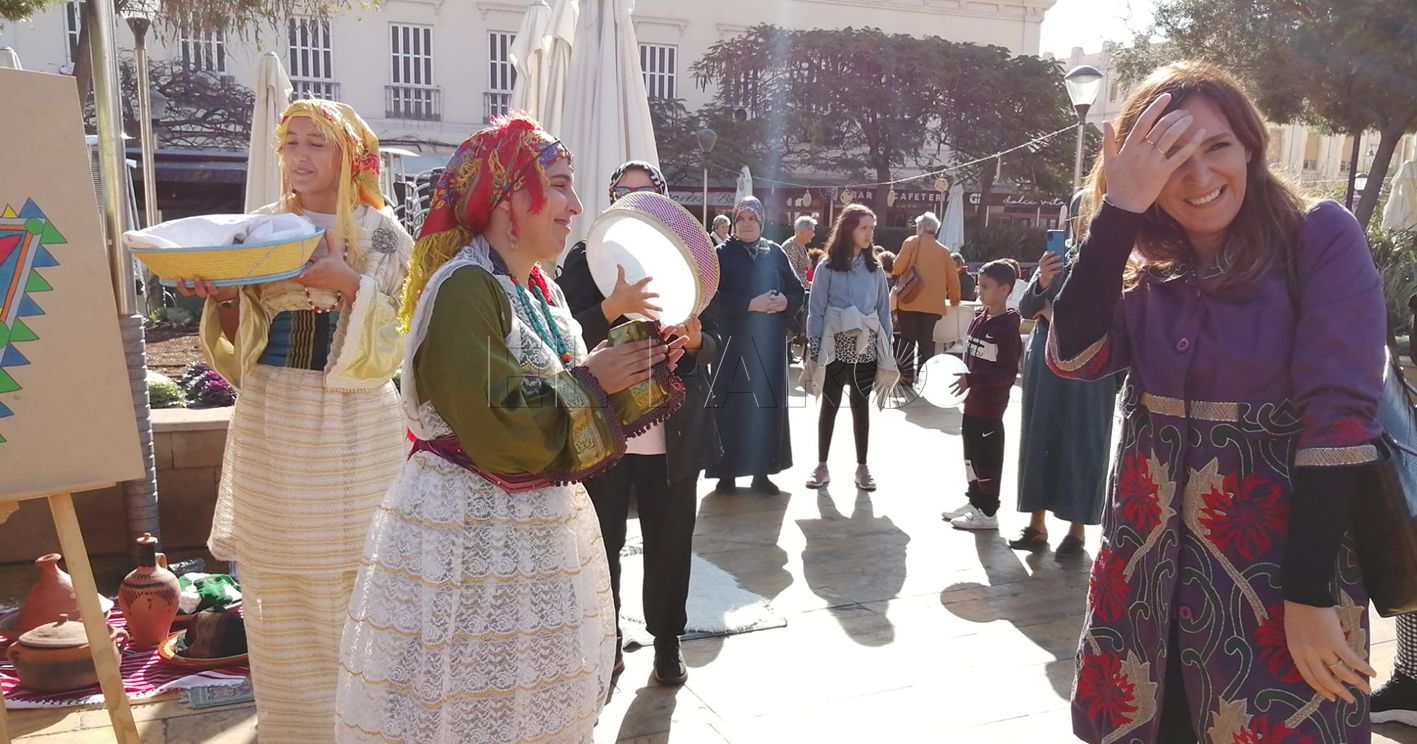 The Plaza de las Culturas is the place that the Autonomous City has chosen to locate the Amazigh market this weekend, which will put the finishing touch on the celebration of the yennayerwhich has had multiple activities –exhibitions, videos, documentaries, conferences, workshops and competitions– all week long.

After the opening of the market, at 10:00 this Saturday, the fair was inaugurated at 12, which has parade of Amazigh musicians, parades, storytellers, performance of the Colores ballet and workshops. Among these, there is one of tifnaganother of hennaone more of Amazigh hats or one of children’s illustration by Salah Mezian with a photocall.

In the afternoon remains, apart from all this, a new performance of the Colores ballet, an Amazigh dance workshop and a gastronomic tasting with dried figs, nuts, dates and more than 9,000 pastas, as well as typical candies and gifts for children. Finally, there will be storytelling and a concert to close the day.

Before the appearance of the counselor of Education, Culture, Celebrations and Equality, Elena Fernandez Trevino, a woman has approached and said “thank you for everything; every day the Yennayer is more beautiful thanks to you”.

Next, the counselor has detailed all the planned activities and has recalled that a large part of what is made in the workshops is for sale to the public, while she has stressed that all activities are open to any citizen, without distinction of creeds.

On Sunday the activities in the Plaza de las Culturas will continue until approximately mid-afternoon, when everything will close depending, also, on the number of people there are.

The Minister, who thanked all the associations that have collaborated in programming the activities for their work, stressed the importance of celebrating Yennayer and making it known to all citizens. For Treviño, “part of the Ministry’s message is to disseminate all the cultures of the city.”

Treviño has taken stock of this whole week and has highlighted that turnout has been “huge”with series of conferences that have filled the assembly hall of the Ministry or the presentation of the wedding ritual “and the curiosity that aroused”.

“I think that exchange is interesting: that Melilla is that real example of a melting pot of cultures and that we are effectively delving into them more and more”, he stated, before recalling that the Amazigh is “an ancient culture of peace, which belongs to the entire Rif area and which runs through Melilla”.

On the other hand, regarding Fitur, the counselor has advanced that, from her Ministry and Intercultural Relations, the possible entry and collaboration in the network of Jewish quarters or also in the network of medinas will be presented, as well as the new format of the Iwa Fest . In the same way, the head of Culture has indicated that the Week of Diversity and the Yennayer will be discussed, as well as heritage. In this sense, Fernández Treviño has assured that the intention is “to work on that heritage vision of what Melilla means as a modernist city” with a presentation of the most emblematic buildings of the city. In the same way, and to promote Melilla la Vieja, the excavations of La Purísima will be carried out there, which will be shown, according to the counselor, as “one of the jewels of El Pueblo in all its beauty”.

Workshops, concerts, parades and much more in the Plaza de las Culturas on the penultimate day of Yennayer


Visit our social media accounts along with other pages related to themhttps://kjovi.com/related-pages/