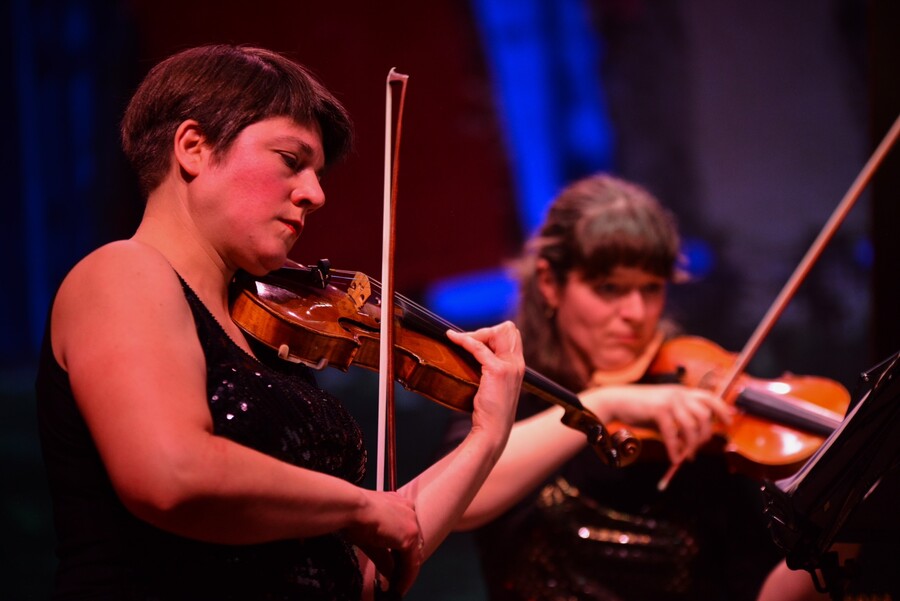 For seven days, attendees of this annual event enjoyed the music of the 19th century and its nationalist roots in Eastern Europe.

Now, the organizers reserved a two-day space for Colombian music, which will have a marked female role.

Conferences that will be dedicated to the compositions of Colombian authors such as Adolfo Mejía, Antonio María Valencia, Gentil Montaña and Guillermo Uribe Holguín, among others.

Pianists, clarinetists, violinists, conductors, violists, cellists, double bassists, flutists and many more instrumentalists are part of this selection of talents that have become a fundamental part of the Colombian cultured music scene.

They will be joined by the famous pianist from Antioquia Teresita Gómez, who will interpret the Brief Suite for piano and chamber orchestra by Pedro Morales Pino.

The female presence at this concert will be extended by the Bulgarian vocal group Eva Quartet, made up of soprano Gergana Dimitrova, mezzo-soprano Sofia Kovacheva, alto Evelina Christova and contralto Daniela Stoichkova, who will perform folk songs from their country.

It is a group that is a recognition of women who, throughout history, have been performers, composers and directors in the world of classical music.

For her part, Teresita Gómez is one of the most beloved artists in the country. In her award-winning career, she has received awards such as the Cruz de Boyacá Commander’s Degree and the Vida y Obra award from the Colombian Ministry of Culture; In addition, in her honor, the University of Antioquia inaugurated the Teresita Gómez Performative Arts Hall.

The pianist has offered numerous recitals in the country and has also been a soloist in cities such as Havana, Brasilia, Mexico City, Berlin, Paris, Madrid, Bucharest, and Warsaw, among others.

The concerts with female leadership at the Cartagena Music Festival also include the presentation of the Q-Arte Quartet, made up of violinist Liz Ángela García and violist Sandra Arango together with violinist Santiago Medina and cellist Diego García.

Nominated for the Grammy Awards in 2020, Q-Arte is hailed as one of the most outstanding string quartets in Latin America.

At his concert on January 12. In the Auditorium of the Palace of the Proclamation, the quartet will explore the music for string quartet by Guillermo Quevedo Zarnoza, Pedro Biava Ramponi, Luis Antonio Escobar and Gentil Montaña.

On Friday, January 13, the pianist Ana María Orduz will perform together with the clarinetist José García in a recital with pieces by Colombian authors who have written refined music for these instruments.

Pianist, teacher and manager, Orduz is a fundamental figure in the piano culture of the city of Medellín. Recognized for “her passion on stage and her great expressiveness”, she is founder and co-director of the Piano Festival of the Americas and founder and director of the Fundación Pianissimo, with which she organizes concert series and the Festival- Pianissimo Competition.

Also on Friday the 13th, on the same stage, the pianist Teresita Gómez will star in a solo recital with a repertoire made up of some Colombian music classics for solo piano. At the end of the concert, she will be honored for her outstanding artistic career.

Finally, in the closing concert, which will be on January 13, at 7 pm, in the Getsemaní Auditorium of the Convention Center, the Cartagena Symphony Orchestra will be accompanied by two outstanding young soloists: the violinist Laura Hoyos and the clarinetist Paula Galician.

In addition to celebrating the talent of Colombian music, the concerts on January 12 and 13 of the Cartagena Music Festival will have free admission. The cycle is complemented by that of the Bogotá Piano Trio, which will be on Thursday the 12th at the Palacio de la Proclamación Auditorium. will star in the concert ‘The chamber music of Adolfo Mejía, Antonio María Valencia and Luis Carlos Figueroa’.

Women will be protagonists at the Cartagena Music Festival