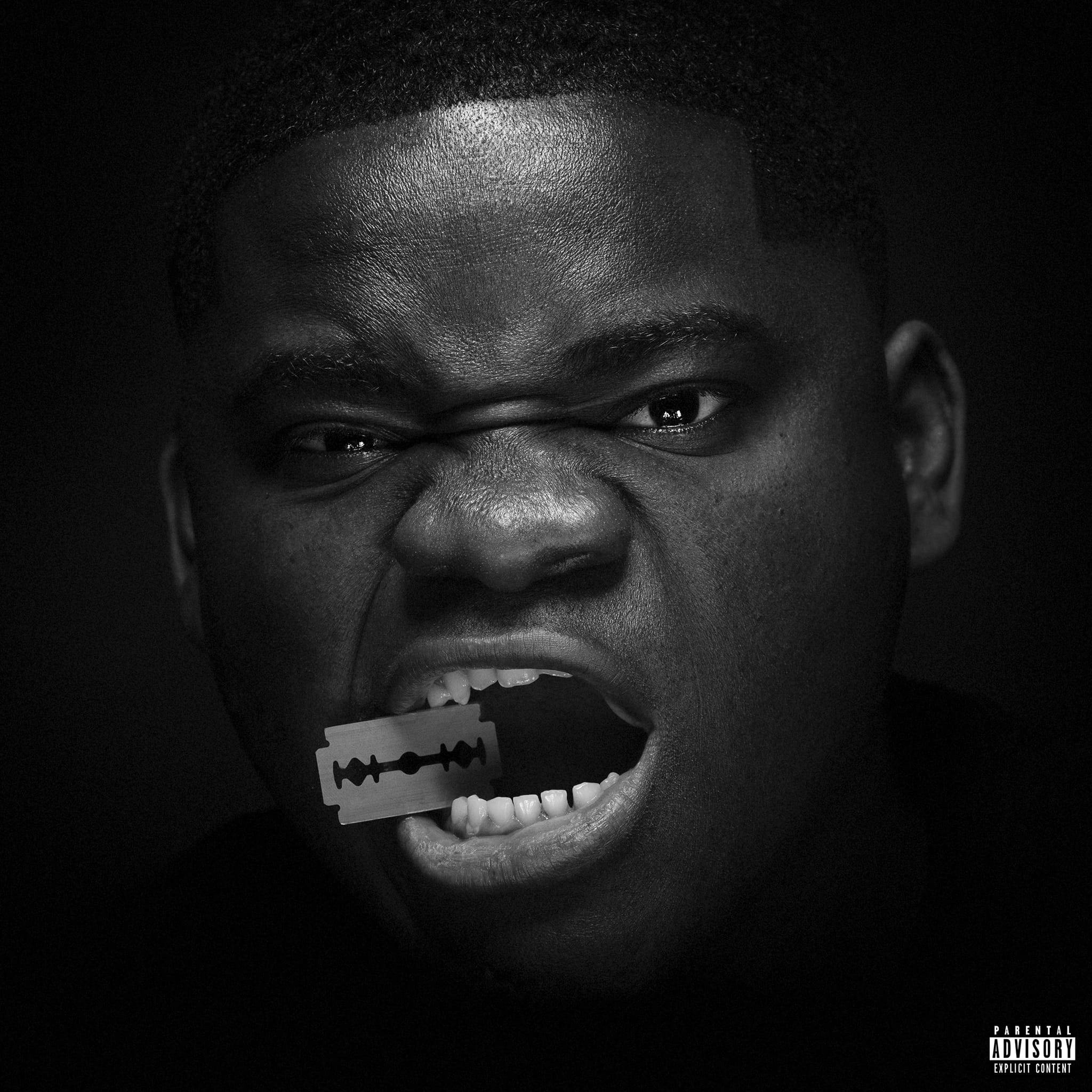 This is a first in the history of French rap. At 26, young Frenchman Benjamin Epps won the “Best international flow” trophy at the American BET Awards 2022 ceremony. Numéro took an interest in this young artist who is resuscitating 90s rap, in his “flow” and to one of his idols, The Notorious Big, legendary rapper shot dead in a car with four bullets to the chest in 1997…

The cover of the album “Aren’t you happy? Triple!” by Benjamin Epps. Photography by Armen Djerrahian.

1. A Frenchman wins the “Best flow” trophy in an American ceremony

On his eight-track album released in January 2022 You are not happy? Tripled! (inspired by a phrase by footballer Kylian Mbappé) rapper Benjamin Epps confirms all the good things the specialized press already thought of him: he is one of the best rappers of his generation. An opinion shared by the media across the Atlantic since the young man of 26 years has just won the trophy for “Best international flow” at the BET Awards 2022, on October 4. Created more than twenty years ago by the American chain Black Entertainment Television, this ceremony rewards artists from minorities in the field of entertainment, and logically music. This consecration is a great first in the history of French rap. Especially since this category does not exist in our moribund French ceremonies… In Atlanta, while superstar Kendrick Lamar flies over the ceremony by winning three major trophies – “Best artist of the year”, “Best album of the year ” or even “Best lyricist of the year” – Benjamin Epps eclipses his direct competitors and imposes himself in front of the British phenomenon Central Cee, the Ghanaian Black Sherif and his counterpart Le Juiice.

2. But who really is Benjamin Epps, one of the best rappers of his generation?

Born in Libreville (Gabon) and living in France since 2015, Benjamin Epps bets everything on his eternal adolescent voice worthy of the late Eazy-E, emblematic rapper from Compton. Just as much inspired by the hobbies of his older brothers as by the French-speaking formations of nineties, he seduces with his frontal style with grating punchlines and his exhilarating flow borrowed from the princes of Brooklyn at the end of the 80s. – Benjamin Epps, digging into soul and R’n’B, calls himself funk and boom bap with great bursts of esthete samples. The voluble rapper propels his listeners into a scorching New York of the mid-80s, between sizzling ghettoblasters and memories of the Blaxploitation: “I know what the pips [le peuple] asks, he wanted Epps to get started he wants excellence…”.

Rapper Benjamin Epps with a crown on his head, a direct reference to Notorious Big.

3. The flow, the greatest quality of Benjamin Epps?

More than just phrasing, the flow (word meaning “flow”, “current” in English) designates an original flow, a signature, the way in which rappers give their rhythm to the melody. A kind of musical eloquence that allows artists a whole range of vocal nuances. Paris Cité University (Grands Moulins) reflected on the subject during the colloquium Musicalizing language: flow and voice in rap. Researchers Marion Coste, Hector Jenni and Cyril Vettorato observe: “the flow allows rappers to build an ethos, even a scenography […] It is linked to the physical characteristics of the voice, involves their body and the way they stage it: many are those who practice different flows to make several characters heard, playing in particular on the heights of the voices to signify male or female characters, in a more or less caricatural way. Flows can also rely on vocal markers associated with certain social groups. Very often, as a counterpoint to ‘my flow’, there is ‘their flow’, that of rivals, which is not up to par, which lacks flexibility or originality…” Physical resemblance obliges, when the press discovers Benjamin Epps, it immediately compares him to a legend of New York rap… a certain Notorious Big. One of its main qualities? His flow.

The Notorious Big and his crown in 1997.

4. The Notorious Big: a source of inspiration with a legendary flow

The black-and-white print run is around $9,000. Christopher Wallace, 22, defies the lens of the gaze while an oversized joint emerges from his mouth already invaded by thick white smoke. The photographer, Geoffroy de Boismenu, met the one we already nicknamed “Biggie” in his apartment in Bed-Stuy, Brooklyn, for “drink a cup of tea”. It’s 1994 and his first studio album, ready to die, hasn’t even come out yet. A gloomy and sadly prophetic title: three years later, the emblematic New York rapper will receive four bullets in the chest. This image will have long been exposed, diverted and reused by the descendants of The Notorious Big, who has become an unbeatable icon whose timeless flow everyone remembers. An ego trip elevated to the rank of tradition thanks to short sentences with formidable efficiency. Legendary punchlines.

Another photograph will go down in history, that of Barron Claiborne published in the magazine Rap Pages in March 1997, three days before Biggie was murdered in Los Angeles. A scarlet portrait on which the rapper wears a cheap crown. Reminiscent of mafioso films, this image alone sums up the twilight and methodical rap of The Notorious Big, spokesperson for the ultra-violence of the New York ghettos and, inevitably, disillusioned storyteller of his own existence with a lot of aphorisms. During various promotional photography sessions, Benjamin Epps will pose in turn with a huge cigar and a crown on his head. His tour de force? Draw inspiration from your hero without becoming a vulgar ersatz. He will finally choose an image of Armen Djerrahian to illustrate his EP You are not happy? Tripled! He appears with a scowl, a razor blade between his teeth, in a sumptuous black and white image. To believe that he knew from the start that his chiseled flow would be his all.