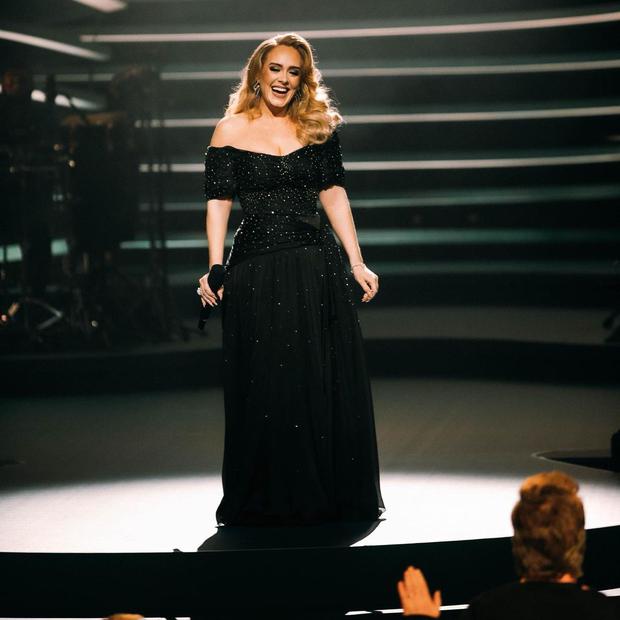 British singer Adele He has not only made news for interpreting musical themes such as “Rolling in the deep” or “Someone Like You” that have achieved great success in various parts of the world, but also for having rejected a millionaire contract to be a coach of the game show “The Voice”. Many of his fans have wondered why he made this decision? Well, here we tell you.

MORE INFORMATION: Adele cries when announcing cancellation of concerts due to COVID-19

the famous singer Adele Laurie Blue Adkins, better known in the artistic environment as “Adele” began in the world of music in 2006 after his friend uploaded some demos recorded by the artist to the MySpace platform. In June of that year she already signed her first contract with manager Jonathan Dickins of September Management.

This would start a career full of successes for Adele and his songs became very famous in various countries of the world, managing to be located within the musical ranking most popular of all time.

MORE INFORMATION: Adele released the official video for “Oh My God”, the single from her album “30″

It is because of that Adele She has now become an artist that all singing programs would like to have as part of their coaches. This is the case of “The Voice” who offered him a juicy contract of millions of dollars but that the British rejected.

WHY DID ADELE REJECT A MILLIONAIRE CONTRACT TO BE A COACH ON “THE VOICE”?

“The Voice” is the most famous singing program in the world and has had the participation of renowned artists such as Christina Aguilera, Shakira, Ariana Grande, among other.

To this list of international artists could be added Adele after “The Voice” offered him a $35 million contract to coach. However, the singer decided to decline this important offer.

“I would not be able to take away the illusion of any contestant by having to eliminate them and I prefer not to accept”, expressed the singer as revealed The opinion.

The aforementioned portal also reported that the singer has many plans for 2022 and that would have been another of the reasons why he did not accept the millionaire contract.

On the other hand, it was known that the artist also has projects for 2023.

MORE INFORMATION: Who is Rich Paul, the boyfriend of singer Adele

At the beginning of 2022 Adele announced that he indefinitely postponed his show that he planned to offer this Friday in Las Vegas (USA), due to the fact that “half” of his team sick with coronavirus (COVID-19).

In a video published on her Instagram and Twitter profile, the interpreter of “Easy on Me” could not help but break down in tears when she made her decision known to her followers. “I’m sorry, but my show is not ready. (…) We have tried everything to have it on time and that it was good enough”, The singer commented at first that, until now, she has not given new dates for the event.

“Half of my team, half of my team is sick with COVID-19. They still are, and it has been impossible to finish the show. And I can’t give them what I have right now, and I’m devastated.” he pointed.

Why Adele rejected a millionaire contract offered by “The Voice”