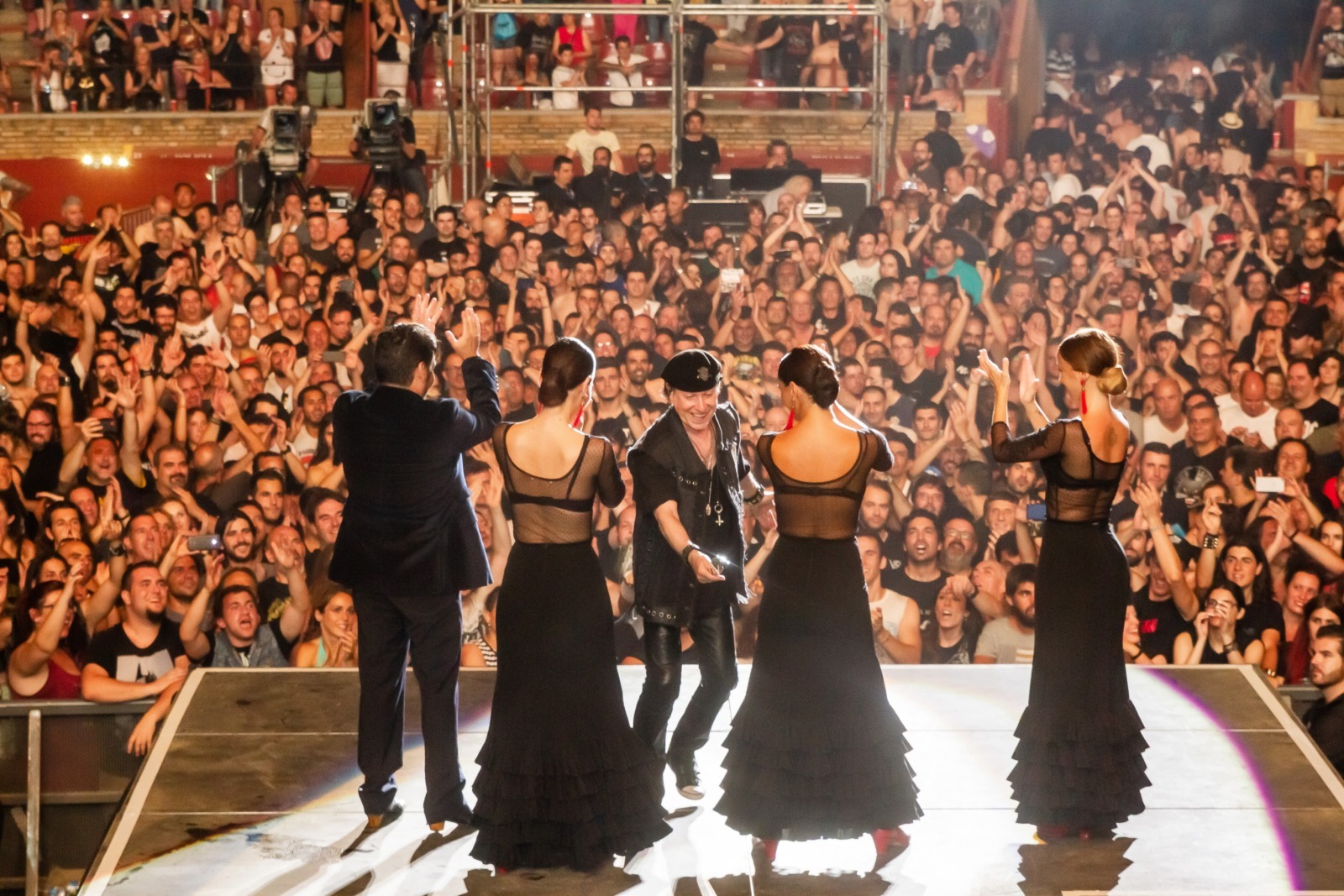 I landed in Seville and took an AVE to Córdoba on July 1, 2016. In fact, I started by almost missing my flight to Seville, which would have forced me to miss one of those unique and absurd situations in which you sometimes find yourself immersed when you are a journalist dedicated to covering this genre.

Luckily, I arrived at the destination and was able to experience first-hand what it means to go straight into the Cordovan heat of July. Like this, straight away, without a special suit with built-in cooling or anything. I arrived at the hotel and the Sabaton kids were walking around the reception, probably hating the 45ºC that the thermometer marked and that threatened to melt everything Nordic in them.

The fact is that I had been invited to participate in the press conference to present the Cordoba Guitar Festival with the presence of Scorpions, who were going to star the following day in one of the main concerts of the cycle in the Andalusian city’s bullring. A pairing, that of Scorpions and the south, which always works and which ended up filling the square with almost nine thousand people.

After the press conference at the Great Theater of Cordoba, the band, the promoters of the tour and other people involved in it ended up having dinner in some well-known Córdoba wineries with Rudolf Schenker, guitarist of the German band, and Klaus Meine, vocalist. A delicious dinner (which the band still remembers to this day, as was made clear to us in a recent interview) that lasted several hours between bottles of wine, flamenquines, salmorejo and other local delicacies.

The surprise came when, at the end of dinner, we were led through several corridors of the cellars – passing through the middle of the wedding guests, who were left freaking out – to a private room where we could see an absolutely breathtaking flamenco show. led by a bailaor and three dancers who, under the watchful eye of the rock stars and in the deadliest silence, developed a dance and zapateao repertoire that ended up pleasantly impressing Schenker and Meine. They were so surprised that, when they finished, they started talking to the artists who had just delighted them and closed a pact to go to the concert at the bullring the next day.

It seemed that it would come out, it seemed that it would not. During the day several rumors were heard, but in the end it was the Scorpions drummer, Mikkey Dee, who locked himself in a dressing room at the bullring mid-afternoon with the bailaor and the dancers. Within an hour they had come up with a strategy: Mikkey Dee’s drum solo in which his drums levitate in the air also includes a tribal snippet. In that passage, which Mikkey would conveniently lengthen, the three dancers would appear on one side of the stage and the bailaor on the other, whose footwork would be microphoned so that the entire plaza could enjoy his talent. No sooner said than done.

When the spectacular drum solo of the ex-Motörhead member arrived, to the surprise of thousands of people under a suffocating night in Cordoba, the flamenco artists flanked the drums and went about their business. Art, pure art, in which heavy metal and flamenco shook hands for a few moments. At the end of the dance, the three bailaoras took some drumsticks and dedicated themselves to beating Dee’s drum plates rhythmically while he continued his solo.

At the end of the concert, Scorpions had asked me for an end-of-show photo to remember. Just as the last notes of “Rock You Like A Hurricane” finished, the tour manager invited me to go up to the very high stage of the drums so he could take the photo. The members of Scorpions came out first, waving to the audience and turning around to pose with the respectable behind them.

Immediately afterwards, they made the flamenco artists come out again to greet the attendees. In the midst of applause and clapping, Klaus Meine almost starts out por bulerías in an instant. A nice moment that I was able to capture and that denotes the degree of fun with which Scorpions live their mature years. When you have already done everything, you have already played everywhere and you have already been at the top, all you have to do is have fun.


You can view our social media profiles here and other pages on related topics here.https://kjovi.com/related-pages/