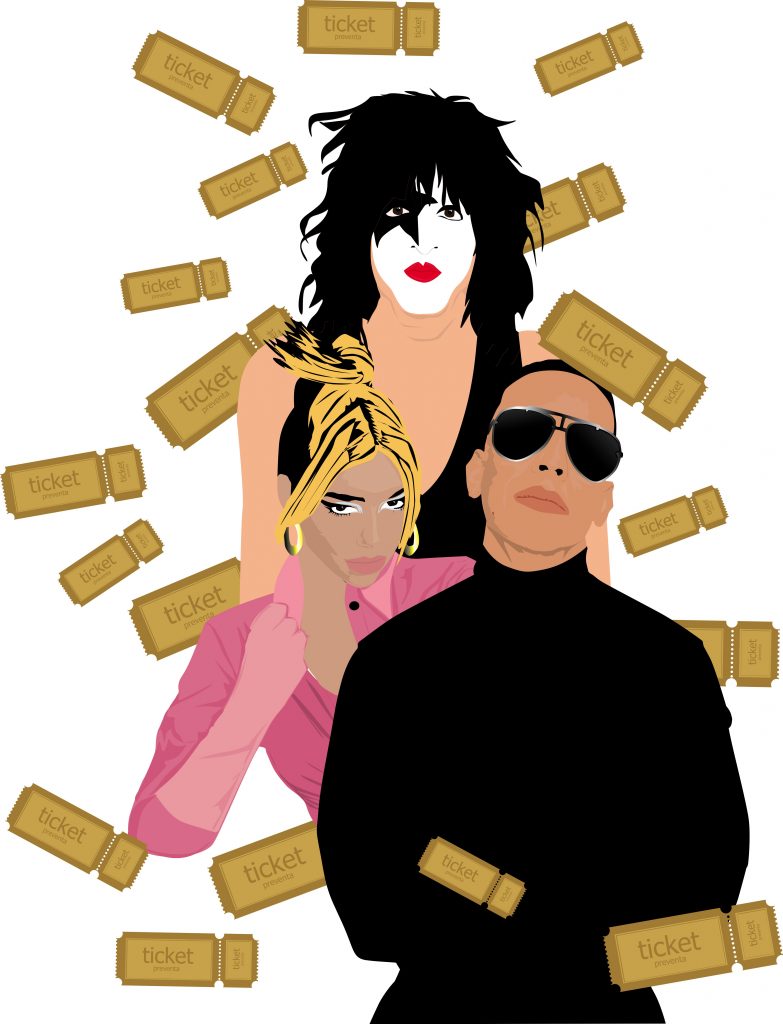 Within this week the start of the sale of tickets for what would be the reggaeton farewell daddy yankee, a concert agreed for next September at the National Stadium. Such was the madness and frenzy of his fans that in a matter of minutes the tickets were sold out, so two more presentations were scheduled, which also suffered the same fate, selling out all their locations.

A phenomenon that some time ago had also occurred with bad bunny, Dua Lipa, Coldplayamong other artists. Could it be that the pandemic exacerbated the desire or desire to go to massive shows? Was it a long time to have been deprived of live music? For the psychologist María Fernanda Ávila, this kind of exalted fanaticism or collective madness is due to different factors and that most of them are pushed by everything that the pandemic has triggered.

“Two years of pandemic obviously deprived most people from attending live events. It is also conjugated that there is a generational gap that those who at the beginning of all this were minors and now they are not, people who also finished university and entered the world of work having to skip certain stages of life. And let them run out ticketsfor massive shows, in a few minutes, it is a marketing thing – where they offer you discounts and things like that – that triggers an adrenaline effect at the brain level mixed with the emotion of having the opportunity to see my favorite artist or group” he explained.

Adding that “many artists canceled their events more than two years ago and also several musicians are finishing their careers, that is, farewell tours that generate expectation and the possibility of seeing them for the last time on stage or in the same way artists and bands that they are having recognition and that they decide to visit our country for the first time. All these factors, among others, conspire so that practically any event that they put on the billboard within this year, sells out its tickets, having to schedule more than one presentation.”

The issue of social networks when explaining that fever or exaltation for massive events, is still a relevant factor for the professional, “since becoming a entry and attending generates social acceptance, which is channeled through the world of digital platforms, regardless of whether the artist or group is known or not, the only important thing is to go, as happened in the last edition of Lollapalooza and in which many more than going for the music were for what it means to attend that festival.”

no matter the cost

For Mario Soto, renowned local producer and head behind the remembered series Noches de Jazz, Vinos & Blues, it is undoubtedly the pandemic that has generated the desire or longing to go to a massive show, “and not just to see a concert or one show in particular, everything is packed. People want to leave behind everything they have experienced with the pandemic, enjoy the now almost without limits, since having almost two years of total and partial confinement as a background, people do not want to go back. Moreover, they want to make up for lost time regardless of the cost, since without the different withdrawals from the AFPs and government bonds, it is returning to the same levels of indebtedness before the pandemic.”

To which he completed that “it is a kind of madness or desire to be unleashed that I also saw after 27F, that after a period of certain uncertainty they want to enjoy the now as much as possible, which in the long run will still generate consequences, especially all cheap. I feel like we haven’t learned anything, like giving yourself certain ‘little treats’ is the most important thing in this time”.

Something similar to what was expressed by the also experienced penquista producer Katto Senociain, who emphasized that “some uncertainty still persists, this in relation to the pulse or rhythm of the daily contagion figures. Although most people at this point do not care much, which is reflected in the explosive sales of tickets of great concerts. Without a doubt, the pandemic is the great factor that has made it easier for the big shows to sell out.”

Adding that “it is a trend that has been generated since the capacity was expanded, beyond the issue of the extra money that people received at the time, now that the essential thing is to have fun regardless of the cost, which I think It will not only happen this year but also next year”.

What triggers this last time the euphoria for massive concerts?