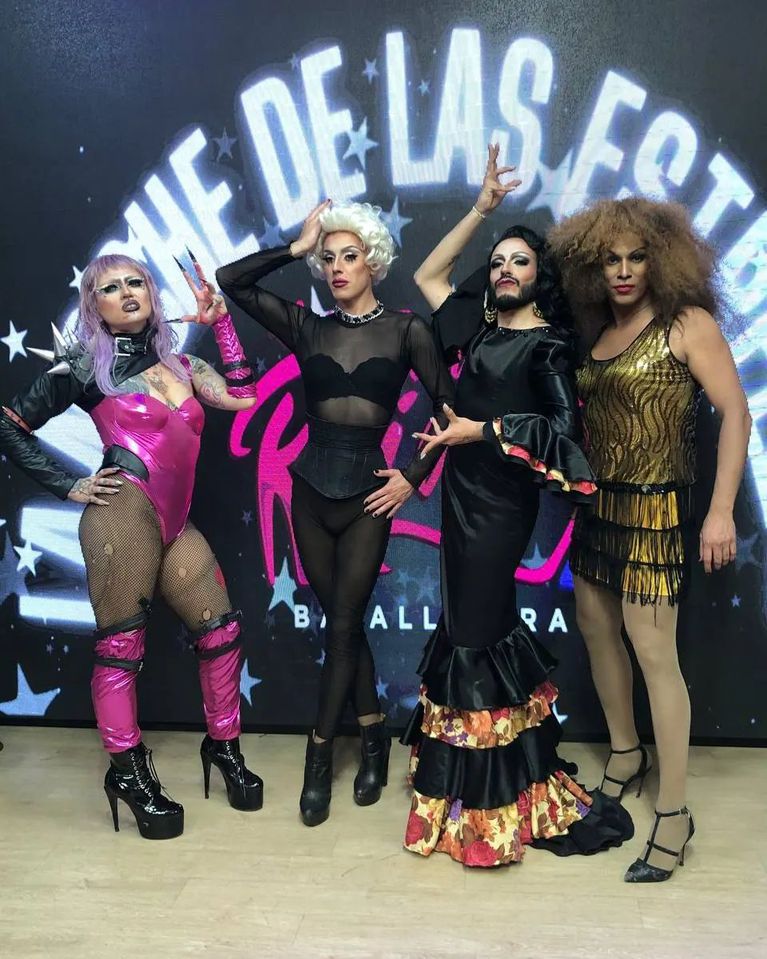 A million ain’t too cheap/One million is the fee/Goddamn, you wanna spend all your money on me. A million is not too cheap, it’s the fee, it’s what you need. German DJ Tujamo’s theme is repeated and sticks to the head like gum. It sounds at full volume in the rehearsal of the opening of the latest program queens gamethe end of the second season.

The scene is that of Provincial Theater of Salta, which faces the Cathedral and is surrounded by many other churches. Salta is the pretty and the conservative, the light blue and also the home of a vibrant trans community, as well as the first reality of Argentine drag queens.

I also read: She is 22 years old and is the first “Evita drag queen” to perform the national anthem at the Casa de Tucumán

The show began to air thanks to the commitment of a station that understood the proposal. The idea was started by Mistika Reech, a figure with twelve years of presence on El 10 TV, and Lalo Longarela, in charge of an LGTB column on the same signal. It was born after pointing out a void: How come we don’t have a show like RuPaul’s drag race in Argentina?

You know, RuPaul’s reality show (RuPaul’s Drag Race) is a global phenomenon that in Argentina has a huge number of followers. A show that started shy and It’s already been 14 seasonsnumerous awards and a level of production at the height of its exorbitance.

But at the Provincial Theater, where the final is recorded, there are no German DJs and no American budgets. Instead, a climate of joy, nerves and enthusiasm that is contagious. In dressing rooms, testing choreos and sound, everywhere, they meet, greet each other, drag queens from Tucumán, Salta, Jujuy or Olavarría, such as La Chicho Terez, one of the four finalists, with fans who traveled from the capital to support her. Or Sherman Mendoza, from Jujuy, who will be queen winner of this second seasonwith a completely innovative and groundbreaking perfo that convinced the jury.

The success of “Game of queens”, a bet that does not stop growing

During the pandemic, and through his YouTube channel, queens game it became a cult program. Word of mouth was infallible: did you know that there is an Argentine reality drag? And also, Salta?! And the ambassadors arrived, guest jurors of this second season, in love with the show. The Salta Lucrecia Martel and her partner, the singer Julieta Lasso, who dredged up for the task.

“We are here because we think that this is the best political program that there has been in this country, and the only political program that is dealing with serious things,” says Martel dressed as a gaucha, with clothes left over from the filming of Zama. Also Valeria Bertucelli, who came and said: “I appreciate that this program exists. I admire them a lot, as artists they are spectacular and as people they are incredible”.

Imagination to power, desire and creativity surprise in identity games, gender performance exacerbated in its extreme aspects, the art of disguise as construction of an identity who claims and enjoys his right to be happy.

Transformism evolves and is proud of its stars in the north of Argentina, where Too many times being different implies violence and mistreatment. Being kicked out of your home and your job, being denied friendships and humiliating you until you become a victim. In front of that obscurantism, glitter, dance and joy. As in music, those who invite to the party are the disadvantaged of a society that, especially with the transvestite trans community, has a huge debt.

“Doing this program in Salta is important, because this is still such a conservative province that it hurts, many times it hurts. There is a church every three blocks, and messages such as homosexuality being a disease that must be cured are repeated all the time,” says Mistika. She is too Paul Goldarazwho worked in the Human Development Secretariat of the Municipality, until he was invited to leave the post for reasons that had nothing to do with his proven abilities.

Between challenges, tests and stages that the protagonists overcome, as in any reality show, in queens game the nonsense of getting into people’s lives is staged. It seems platitude, but there is something in this visibility exercise, a cheerful contest whose participants carry backpacks of cruel stories, that allows anyone to understand what can no longer continue to happen. A political program, without a doubt, but at the opposite of stale politics, disguised as cool (dragueada) or just stale, which chants slogans of inclusion while business as usual goes on.

Aim, shoot / I put my chest to the bullet. Now the catchy thing is Lali, the perfect soundtrack for the host, the star and the heart of the program to make her entrance, that extraordinary social communicator that she is Mistika Reechwith her fiery red hair. What shoots is partystarting signal for the last program of a year in which queens game became a unique phenomenon.

With Sherman Mendoza as the winner, everything is ready for the third season of this fantastic disruption that came from the north without asking permission.

What is Game of Queens, the reality drag queen from Salta that became a viral phenomenon