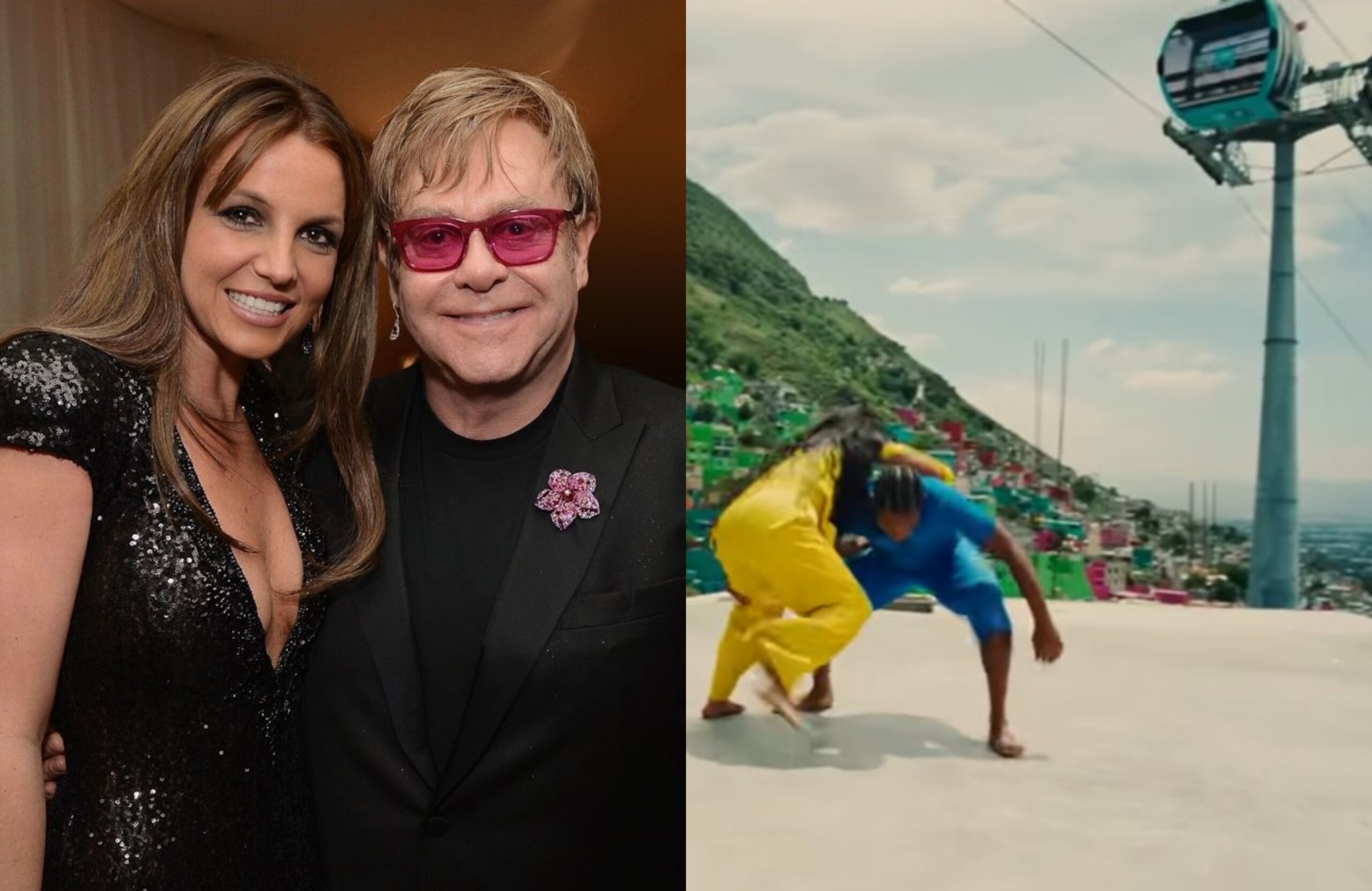 This Tuesday, September 27, the video of the theme was released Hold Me Closer; It is about the unexpected musical collaboration between Britney Spears and Elton John that came to music platforms after the singer professed her love for Elton’s 1971 classic in 2015 Tiny Dancer.

The star’s comment provoked in the British musician the idea of ​​musically joining the so-called “princess of pop” and this 2022 became a reality with the release of the song whose video was directed by director Tanu Muino.

To the surprise of Mexican fans of Elton and Britney, especially those born in Mexico City Y Mexico statein the video clip released this day the famous pop stars do not appear and instead we can see an ensemble of contemporary dance dancers executing choreographies in different locations of these entities.

Both the color of our country and some architectural works of CDMX and the metropolitan area are the protagonists of the video directed by the Ukrainian-Cuban, who wrote about the video:

“To capture this magicwe filmed in my favorite architectural places in Mexico City and brought in choreographer Jacob Jonas, who currently does the best contemporary choreography. Obtaining the best dancers, equipment and access to some of the most private places in the world was simple, as everyone wanted to work with elton john and be part of their legacy,” said the director, who grew up listening to the music of both artists.

“It was very emotional for me, as I grew up with Britney. After seeing Slave 4 You I decided I wanted to become a video director. Elton John is an icon that I and the world grew up listening to,” she added, the 32-year-old creative born in Ukraine when she was still part of the Soviet Union.

The stunning video was shot by the award-winning director and features scenarios that they are not the classic tourist destinations of the city: the Cablebús on its Line 1, the Agustín Hernández Architecture workshop, the Luis Barragán House and the San Cristóbal Block.

The public transport line “Cablebús”, the elevated cable car that goes from Cuautepec to Indios Verdes, It can be seen in some aerial shots, in which the colorful houses of Ecatepec, State of Mexico, a municipality adjoining Mexico City, are seen, in addition to other shots of the Gustavo A. Madero and Iztapalapa mayor’s offices. 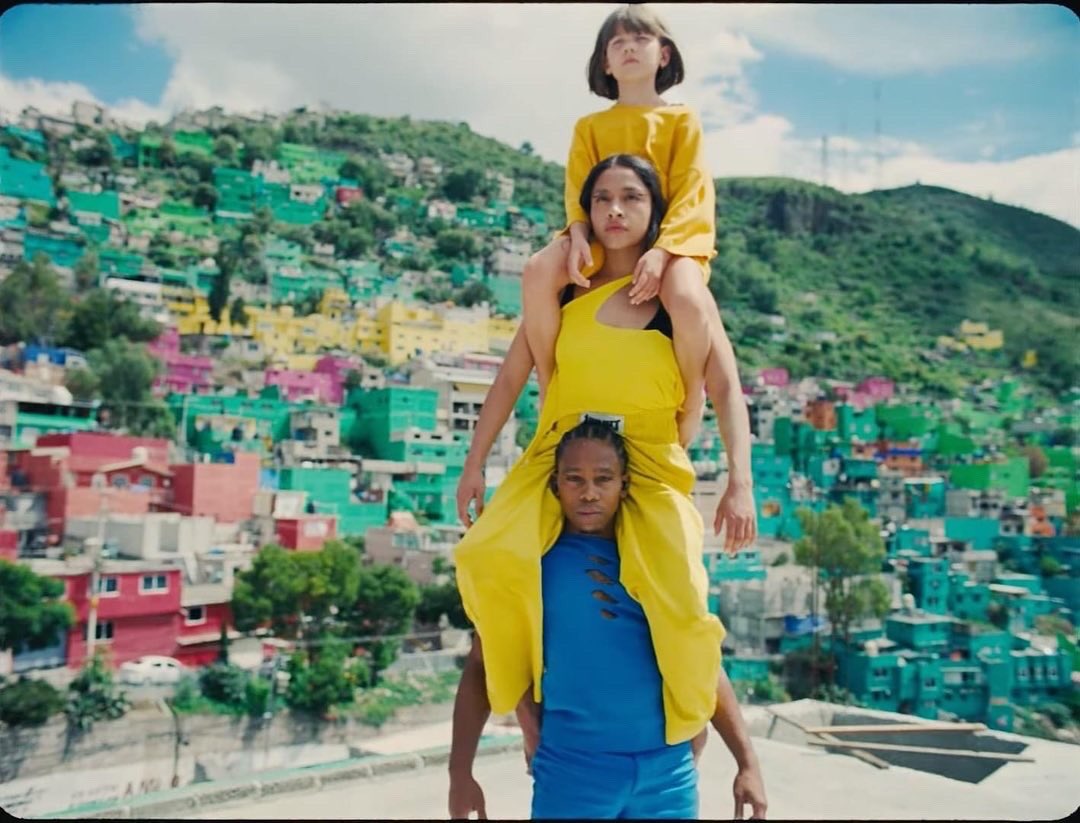 Line 1 of the “Mexicable” was present in the audiovisual work, where aerial shots of Ecatepec and Gustavo A. Madero can be seen (Photo: Screenshot)

In the clip of Sir Elton Y miss britney You can also see a well-kept garden in a place that is becoming a new classic for tourism that visits the Valley of Mexico: El Parque Quetzalcoatl’s nest, located in NaucalpanMexico state.

The architect’s buildings Luis Barragan they also shine in the video; In addition to Casa Luis Barragán -located in the heart of CDMX, near Chapultepec-, Casa Gilardi, with its vibrant yellow walls, and the pink walls of “Los Clubes”, as the house is also known. Cuadra San Cristóbal and Fuente de los Amantes, in Atizapán de Zaragoza, Mexico state. 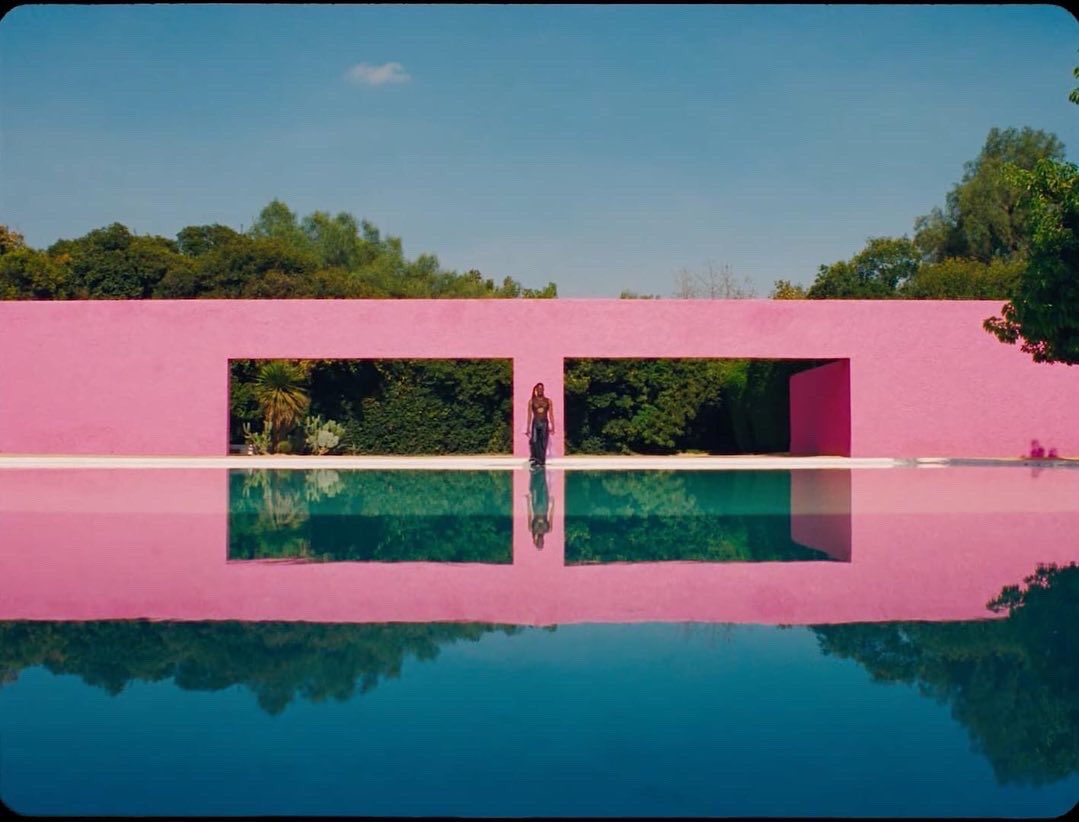 The Cuadra San Cristóbal and the Fuente de los Amantes, works by the architect Luis Barragán also known as “Los Clubes”, in Atizapán shine in the video of the pop stars (Photo: Screenshot)

The work of another important Mexican architect, Agustin Hernandezis present in Hold Me Closer; it is about his Architecture Workshop. The brutalist-style building located in Bosques de las Lomas, in Mexico City, looks great in the clip, where a mature man and a girl dance outside.

The architecture workshop of Agustín Hernández Navarro, located in Bosques de las Lomas, is part of the clip of the acclaimed director (Photo: Screenshot)

Besides, the School of Folkloric Ballet of Mexico by Amalia Hernándezalso a work by Agustín Hernández Navarro built in 1968 in the historic Guerrero neighborhood, is part of the audiovisual with its wide spaces, ideal for the choreography of the single that presents an electronic music proposal.

Contemporary dance dancers were able to perform their art in the spacious halls of the Amalia Hernández Folkloric Ballet School of Mexico, founded in 1968 (Photo: Screenshot)

Even the Head of Government of the capital, Claudia Sheinbaum Pardo“presumed” that the video of the international artists had been shot in the entity: “Without a doubt we are #LaCiudadQueLo HaceTodo. Thank you Britney Spears and Elton John for choosing us”, he wrote on Twitter on September 23, retweeting a post from the official Cablebús account.