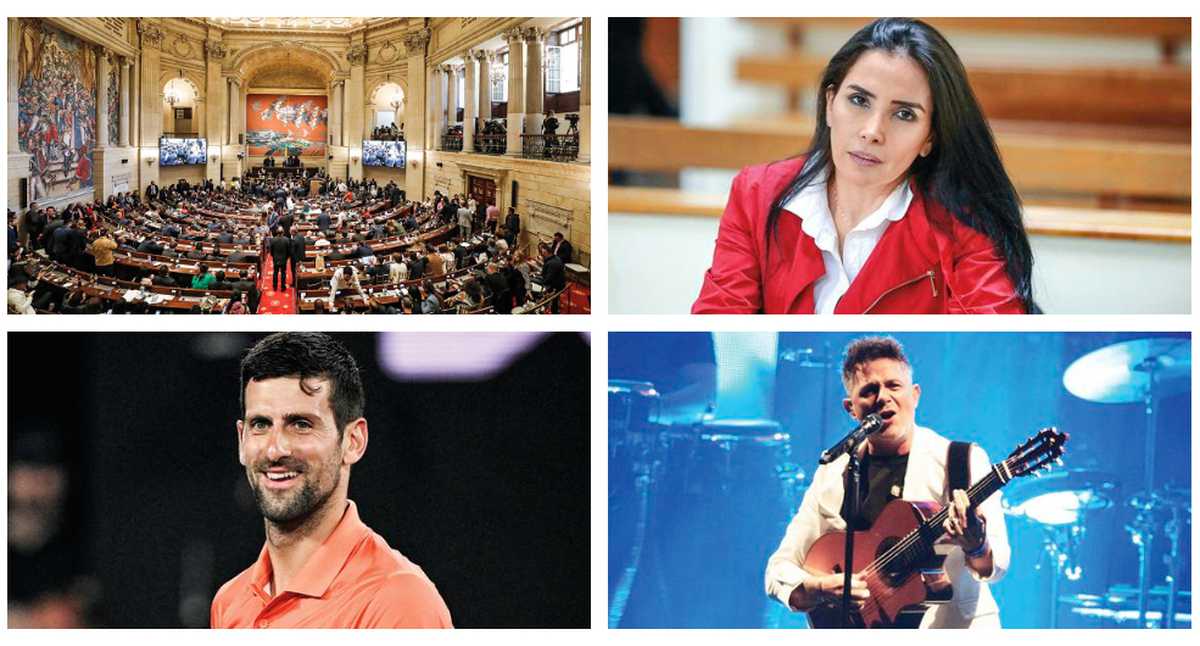 Every time a new year begins there is a process of change and renewal in the citizens, who have life purposes, although new needs, desires and various thematic axes also arise.

In Colombia, a country loaded with news, the media agenda will revolve around the social reforms that President Gustavo Petro will present to Congress. According to leaders of the Historical Pact, these changes will be the course that marks the legacy of the Petro Government, for which reason they will work thoroughly on this matter.

However, politics will not be the only scenario that will have the reflectors on, since in judicial, cultural, health and sports matters there will be news that will remind us of 2023.

• Elections of governors, mayors, councilors and other positions of popular election in October.

• The figure of the second round for the Bogotá mayor’s office will be released.

• The registrar, Alexánder Vega, will finish his period and his replacement will be chosen.

• Discussion of key reforms such as politics, the health system, labor and pension.

• Filing of the submission law that will develop the total peace policy.

• The National Development Plan will arrive, which will be the road map for the Petro Government.

• The case of former president Álvaro Uribe will be resolved.

• Confrontations between Justice and the Executive for the first line.

• Peace talks with different armed groups in the country.

• Return of covid? After the wave of infections in China, it is believed that the lifting of restrictions in Asia will generate a new peak of contagion.

• General elections in Spain: the possibility of a fall of the coalition government of the PSOE and Podemos opens.

• General elections in Argentina: the end of Peronism?

• The coronation of King Charles III in Westminster Abbey in March.

• COP28 is the most important UN meeting on climate and will take place in the United Arab Emirates.

• Return of the Osiris Rex space mission, which was launched on September 8, 2016. The return to Earth will be on September 24.

• The development of vaccines against Alzheimer’s.

• Formula One will kick off on March 5 with the Bahrain Grand Prix.

• The Champions League final will be played on June 10.

• From July 20, the Women’s World Cup will be held in Australia and New Zealand. 32 teams, including Colombia, will fight for the title.

• In April the Book Fair will be held in Bogotá with Mexico as the guest country.

• The Bogota International Art Fair will return in October.

• The Cartagena Film Festival will take place in March.

• The National Festival of Colombian Music will be held in Ibagué and will bring together the largest national exhibitors.

• New seasons of great series such as The Crown, Succession, Sex Education, Euphoria, You, The Witcher and The Handmaid’s Tale are expected.

• It will be a year of great concerts in Colombia: The Weeknd, Alejandro Sanz, Def Leppard, Billie Eilish, Joaquín Sabina, Imagine Dragons and Rosalía.

What awaits us in 2023? These will be the great events of this year