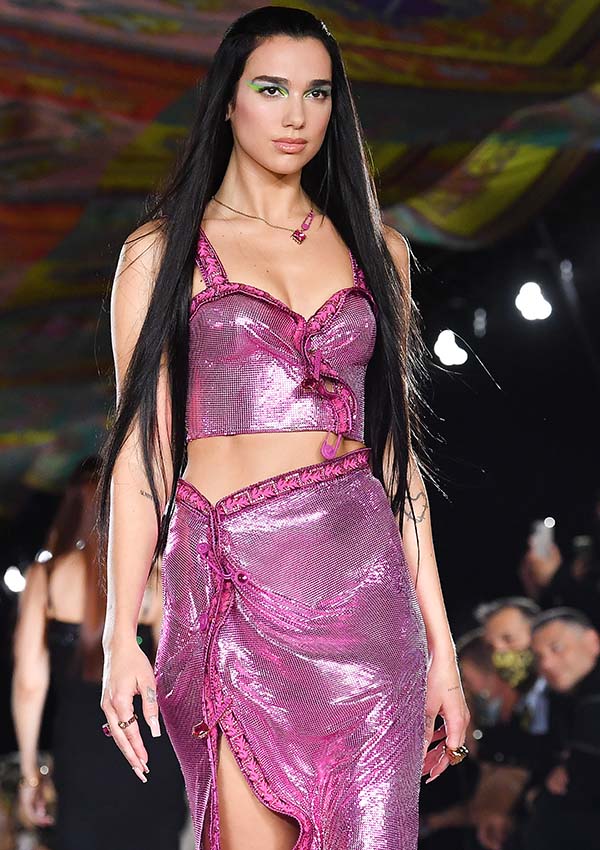 In few corners of the planet is there already someone who has not heard of it: Dua Lipa is currently one of the most influential artists on the music scene and an expert in breaking records. The last one was last April, when she shook Spotify thanks to her work Future Nostalgia: The Moonlight Edition, which became the third most listened female album in the entire history of the platform. About to turn 27, the British woman has undoubtedly managed to leave her mark on the industry. But did you know that, before being a singer, she dedicated herself to the world of fashion? Of course, we could sense something when we saw her walking for Versace during Milan Fashion Week, with an amazing professionalism on the catwalk. But we are not referring precisely to that moment…

– Dua Lipa surprises with a change of look, a two-piece ‘2YK’ and the daring ‘yeti’ boots!

Thanks to some images that the artist has just shared with her followers, we have learned that she debuted as a model many years ago, when she was just a child. And all thanks to a curious gift from a childhood friend. “Last night she gave me this album with photos that her mother made of us when we were babies,” explained Dua Lipa in the videos where she shows how he posed for the camera in a photo studio. Do you recognize her? Although almost two decades have passed since these snapshots were taken, it is not entirely difficult to guess that it is her.

At that time, she was already showing talent as a model, something that we have been able to corroborate again thanks to another image that her friend has revealed, in which both appear posing together. Could you identify which of the two girls is Dua Lipa?… Exactly! She is the girl who looks serious at the camera wearing one of the trends from our childhood, superimposed t-shirts in various colors, which is precisely one of the characteristics of the style Y2K for which Dua Lipa herself is currently betting. Dressed in orange, and again with jeans, we can see how she was already a true fashion lover, even sporting subtle highlights in her hair.

And although she was clear from a young age that she wanted to dedicate herself to music, since she attended singing classes at school and later moved from Kosovo to London to pursue her dream, during his adolescence he continued to work professionally as a model. In fact, she appeared in the ASOS Marketplace virtual catalog two years in a row, when she was 16 and 17 years old. She later she was signed by an agency, but he refused to work with them because they recommended that he lose weight if he wanted to parade on the catwalks. Something that, in addition, he managed to do last year at the hands of Versace and without physical demands. And in case the career of the creator of Don’s Stop Now wasn’t already versatile enough, we can soon see her in another artistic register: she’s about to make her film debut! will appear in the movie Argylean thriller of spies that he stars alongside Henry Cavill and that will hit the big screen this year.

What a change! Dua Lipa shares childhood photos of her as a model