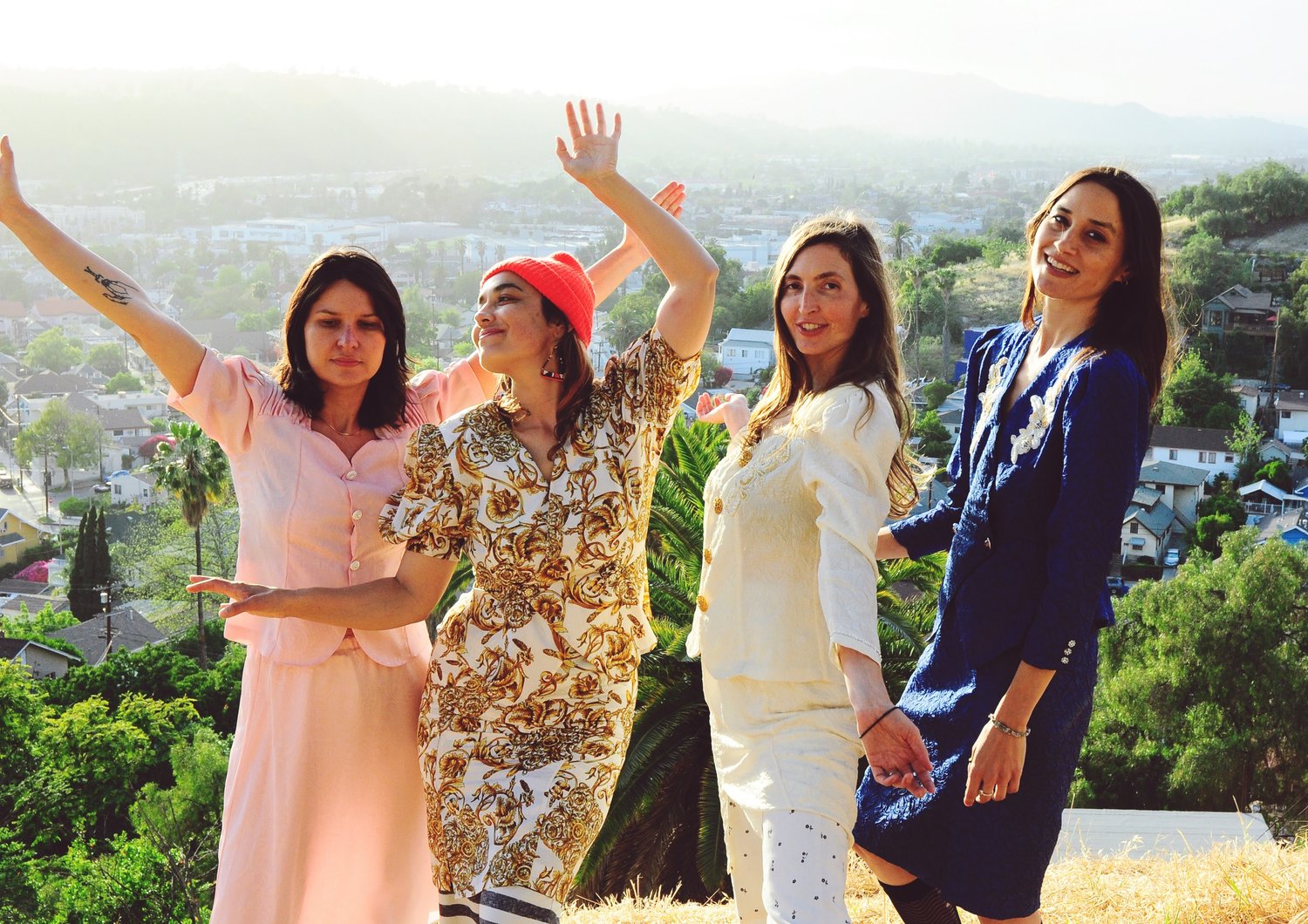 Friendship is a fundamental component in life that also favors people’s mental health. It is, without a doubt, one of the most significant affective relationships that can be developed and that over the years can even teach us to consolidate many other issues in our daily lives.

Human beings are social beings, since we are born we need the care and affection of others to survive. As we grow we belong to different groups and choose who we want to spend free time with. Having friends encourages the sense of belonging to “something”, which provides a great emotional value to the person, since feeling integrated in our closest environment is usually directly related to an increase in self-esteem and motivation.

Emily Kokal, Theresa Wayman, Jenny Lee Lindberg and Stella Mozgawa are the best friends where their hearts belong to them and they are due to an entity called Warpaint, which after 6 years brings us new music with a very special album that consolidates the great friendship that exists between all the members. We were able to talk about this and much more with Stella Mozgawa, drummer for Warpaint who is also releasing a new album ‘Radiate Like This’.

It’s an album that exudes warmth and is lighter in tone than their previous releases, but in many ways it’s a typical Warpaint album, one that can mesmerize, seduce and confuse in equal measure. As with previous albums, ‘Radiate Like This’ demands that the listener do exactly that, really listen, and requires some patience before it fully reveals itself. Dressed by the way, with an ambient cover that is relaxing.

It’s fitting that they opened this new era with ‘Champion’, the album’s first single and its opening theme. A song that teaches us to find confidence in ourselves and encourage our loved ones to do the same. It also features the band’s revamped sound, which puts an emphasis on atmospheric electronics. In this regard, Stella began by saying the following before an imminent joy.

“Good! We’ve been working on this album for a few years now, so it’s a huge relief that it’s already out there in the world and we’ll soon see what people think.”

Today we are in a new stage for Warpaint with the release of their new album after 6 years, when in 2014 they released ‘Heads Up’. Now we find ourselves before ‘Radiate Like This’, a great collection of ten songs. What does this represent for you? How was the creative process to create this album?

Yes, we did it more or less in two halves. The first half we did in two different studios. One was in Joshua Tree which is called Rancho de la Luna, and the other was Seahorse Sounds in Los Angeles. We did two sessions of a few weeks in both studios before the pandemic. After that, the second half of the album, which is mostly vocals and overdubs etc., we did it remotely.

The illusion is related to positive emotions. When we feel emotion we feel full, complete and motivated. Regarding this, what illusion causes in you “Radiate Like This”?

Illusion, wow! I don’t know if what I feel is illusions, I don’t know if I would describe it like that, that’s very interesting… I would say that the emotions it provokes are much more positive compared to our past albums. I think it brings hope when sometimes it’s hard to have. And well, hopefully we get to connect on a happy side with people through our music; I think that is our goal.

Creativity expresses the need to transcend, to gain the ability to find new and unexpected connections. You are very creative! and above all talented. How challenging is it for you to find new ways of expression and communication?

Yes, I think we are all capable of expressing ourselves, it just means making the time for it. Leaving enough time in your day, in your life and on your priority list to really dedicate it to creativity, to create something. It can be once a day, or in any way or pattern that works for you I think. It’s relevant, you know? And it can be completely different for one person than for another. But for me, it’s creating a space where creativity feels like a pleasure and not a chore. Where creativity is not directly related to earning money or achieving a specific result, but only to expression and creativity.

If we were to define humanity using a common parameter for all cultures, without music it would be very difficult. Music is inherent in all cultures. From a human point of view, what does music mean to you, and what does it mean to be able to share it with so many people around the world?

I think, for me, my happiest moments are playing music or generating or creating music. So, I think for me the role of music in my life is to focus on things that create something out of nothing, as opposed to a friend of mine who is very destructive. So, I have always thought that music makes me a better person or a more tolerable person, someone more generous and more passionate.

At the highest moments, when creativity is really flowing, you are connecting with other people and with different aspects of yourself. I think all of these can be personal or community healing and therapy modalities. So, I think for me just playing music makes me happier, and when I’m happier I’m a more valuable part of society. I guess that’s my answer.

Wow! Thank you very much Stella, I think that people unconsciously look for different ways or ways that lead us to help the environment of others.

It’s getting really dark in here! I just realized, sorry.” Stella mentions us when she noticed that the background is a bit dark on her computer, night was beginning to fall and it was time to open the windows so that natural light could enter. Ready.

The light has arrived! LOL. Well, from a very young age your life was very connected to music. You have always carried the soul of music in you, in a very honest way. There is a very interesting story about when thanks to your friendship with Flea from the Red Hot Chilli Peppers you met the rest of the members of Warpaint, this blew my mind! I grew up with Red Hot Chilli Peppers and also with Warpaint, oh to tell you the truth I listened to them a lot in my high school stage. Do you think we could take a trip back in time and tell us a bit about this story and what those times were like. Is there a kind of magic there that has endured to the point that they still play together?

Yes of course. My personal story with Flea starts when we met just before I moved to Los Angeles, I was still living in New York. We ended up playing on stage together for a charity show in Los Angeles. We played some songs together and then he asked me if I wanted to jam with him and play some of the songs he had written for his solo album.

She had some ideas for a solo album that ended up coming out under the name ‘Helen Burns’ a few years ago. So yes, he was one of the biggest catalysts for me to stay in Los Angeles and in the United States in general, and to continue with my musical career. He had a huge impact on me and was extremely generous. I wasn’t even playing in a famous band, not even an independent band that was known, I hadn’t met Warpaint yet.

I was just an Australian girl living in America, trying to play and learn as much as possible. He gave me a lot of confidence in myself and gave me an amazing opportunity. Just playing music with him was a very educational experience for me. And, well, then he had mutual friends with the Warpaint girls and they already had a connection from before I joined the band. Then I found out about them from those mutual friends, basically. So yeah, Flea has had a huge impact on me.

I’ve also played with John a few times…well actually just once; once at a rehearsal and once at a gig, but it was a lot of fun. This all happened when I was just in my early twenties, so I was freaking out and just hoping with all my might that I wasn’t going to mess anything up by playing with them. But yes, it is incredible to see them living the process that we are also living, obviously on a much larger scale. They are still very methodical, meticulous and careful with their music. I think to continue to focus on that after so many years is just a testament to their power as a band, their levels of creativity and how prolific they are. They never stop; their process is very significant, important and special for them. It’s a really inspiring thing to watch.

Wow! Thank you very much for this story, the legacy of the Red Hot Chili Peppers is very great and it is a gem to know how Warpaint is a great example of that. And right now I would like to be able to move on to another beautiful story, I want to tell you that “Ashes to Ashes” by Warpaint is one of the Bowie covers that I enjoy the most. Theirs is a very nice version, the work they did years ago was incredible. So can we go back in time? How was it for you guys to do this amazing version, what is the story behind this version that you did?

Yes there is something there, ‘Ashes to Ashes’ was the first song I recorded with the band. Maybe even before being an official part of the group. So before we recorded, we had the song for a week on the chart in a studio. All that week they had that on their to-do list, recording this Bowie cover. So that was the first song we got to record as a four-piece band, as it has worked to this day.

Remember that Warpaint will present their new album ‘Radiate Like This’ recently released in our country making two stopovers. The first will be at the CDMX Indie Rocks Forum on August 30 and later on September 1, they will perform for the first time in Guadalajara at the C3 Stage. Presented by Hypnosis, Nueva Ola and Major Tom. 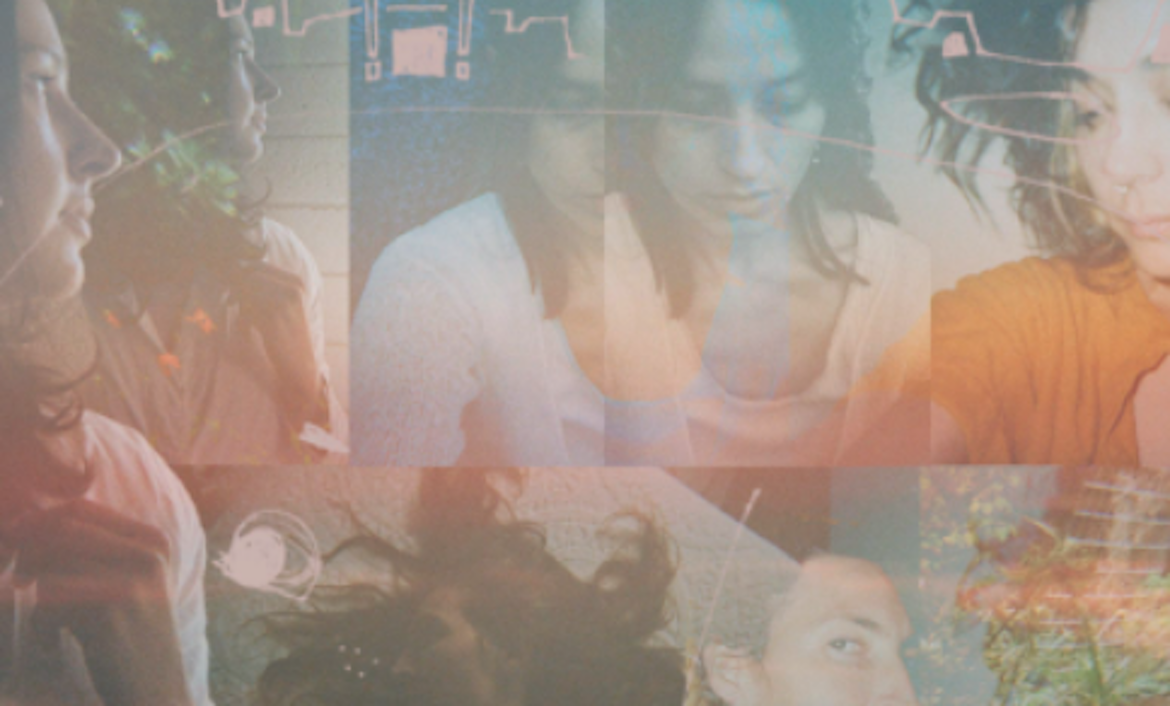