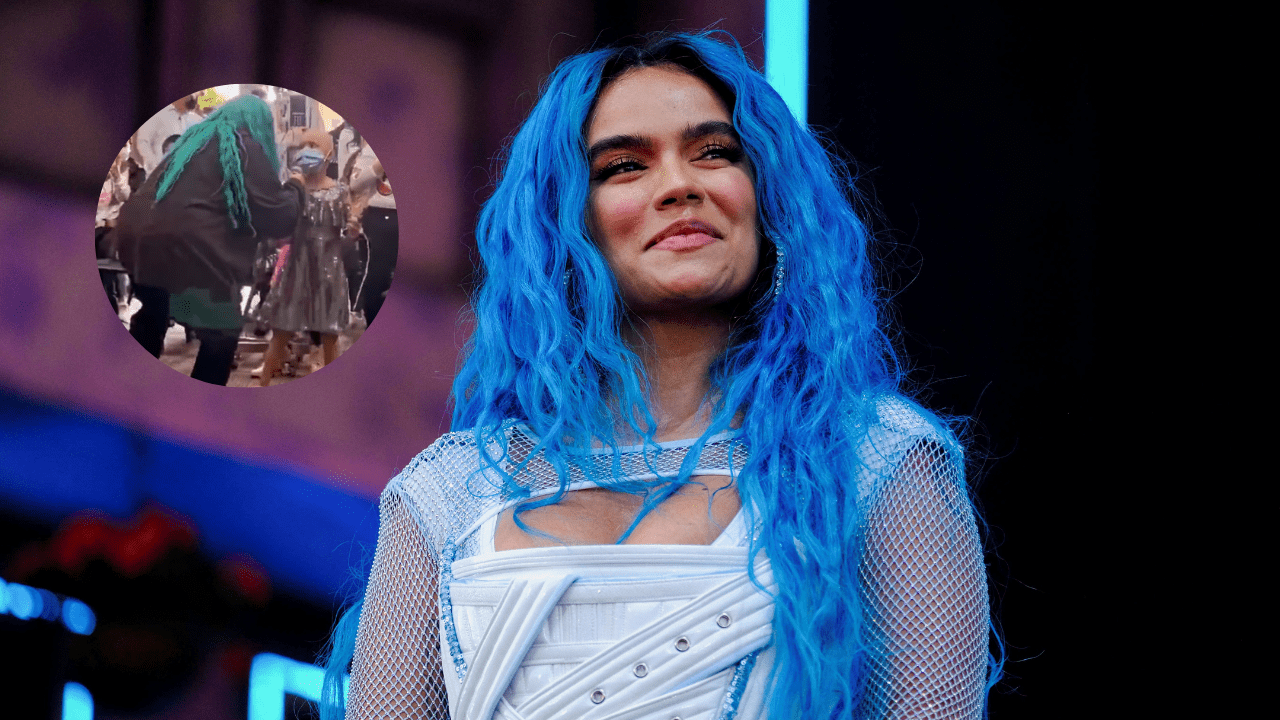 This weekend one of the artists who stole the attention of Bogota was Carol G, as it had a double function of concerts at the Movistar Arena that had several elements to highlight; one of them was the invitation he made to recognized national artists such as Andrés Cepeda, Jorge Celedón and Jean Carlos Centeno; in fact, these last two sang ‘A sleepy bear’, recorded on the album ‘2000′ from 1998.

However, La Bichota not only stood out for the inclusion of these artists, but also for a gesture that became very popular on social networks, generating dozens of applause. After his show held on Saturday 21, decided to hold a mini-concert, but at the HOMI foundation. The attendees of honor were several children diagnosed with cancer.

Without thinking about it, the paisa moved to this place, located on Caracas Avenue, and decided to give the little ones a brief moment of happiness that was captured by several videos that They were shared on platforms like Twitter.

One of those clips shows the moment in which the artist gives the microphone to a girl who sings ‘El makinón’ at the top of her voice while they both dance. The moment was replicated in an Instagram story that was accompanied by the message “a song to life”.

You may be interested in: Andrés Calamaro returns to Colombia with his tour ‘Tour 22′ with which he will visit five cities

After the concert on Saturday 21 at the Movistar Arena in Bogotá, Karol G went to the HOMI foundation in the capital to give a short show to several children diagnosed with cancer. VIDEO: via Twitter (@isjairita)

This video, in addition to becoming popular on Twitter, was posted on Instagram, and there the praise rained down on Karol G.

comments like “These are the most beautiful videos”; “What an act of kindness so great, making those children happy even for a while, is priceless”; “Beautiful, that’s something yailin’s vulgar will never do. What a beautiful gesture and what a beautiful woman”; “What a great gesture, how good it would be if more artists did it. Many do not know how great a battle this disease is.” and “Hermosa mi paisa, so solidary with everyone”, were the most prominent in profiles such as ‘Tracking celebrities’.

It is worth noting that not only the interpreter of songs like ‘Provenza’, ‘Bichota’, ‘200 copas’ and ‘El barco’ among others, was the protagonist during her show; so was the mayor of Bogotá, Claudia López.

The president of the capital was caught throwing ‘the prohibited steps’ in one of the locations on the stage and was caught by a user who did not hesitate to record the event and share it through TikTok.

In the video, the president of Bogotá can be seen in a box perreando the song “Bichota” that the singer was interpreting at that moment of the presentation. “Claudia N. López giving it her all in Karol G”, The also concert attendee wrote in the short clip shared on the renowned video platform.

The mayor of Bogotá was captured by several people at the Karol G concert at the Movistar Arena. PHOTO: Via TikTok (@duers11)

Andrés Cepeda was also another attraction; even the paisa accompanied him in his performance of the hit ‘Día tras día’; song that the Bogota artist released in mid-2009 and that is part of his self-titled album. Also, those attending the event noted the moment in which the singer gave a bouquet of roses to Carolina Giraldo -the artist’s first name-, a fact that was applauded by a large part of the audience.

Finally, it should be noted that Cepeda is also on tour. His shows are called ‘I care about you tour’ and among the Colombian cities that include his visit are Bogotá, Cali, Barranquilla and Medellín, whose presentation date will be next September 17.

Video: Karol G surprises several children with cancer in Bogotá with a concert


You can view our social media profiles here as well as other pages related to them here.https://kjovi.com/related-pages/