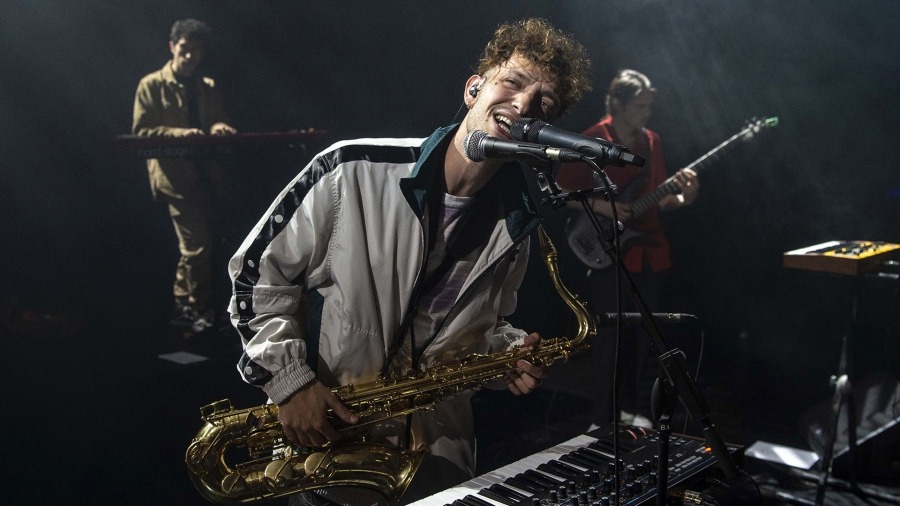 Vic Mirallas, the Spanish musician and producer who will arrive in the country this week to present his album in the coming days “Crosswords”assured that for him it is essential “defend creativity and artistic freedom” without “being influenced by multinationals or by people who ask you to do something that sells”.

Before his presentation next Saturday at Quilmes Rock and his only performance on May 4 at the Niceto Club in Palermo, the talented multi-instrumentalist musician spoke with Télam about his new repertoire, where there are collaborations with the Argentine Ca7riel and other renowned musicians from the Spanish scene such as I bite, Juancho Marques and Carlos Ares.

Vic Mirallas “Half of me”

“It has been quite anarchic, on a par with the moment in which we were in quarantine and for which everything was paralyzed, without knowing very well what was going to happen in the future. I spent it locked up with my ex-partner in a very little girl: from there came dramas from everywhere, dramas that I never finished understanding and that I suppose I will never understand”explained his creative catharsis.

Mirallas, who has toured the world as a backing vocalist and saxophonist on tours of Alejandro Sanz and has even collaborated with some Latin stars like the Colombian Camilohas burst onto the Barcelona scene with a refined proposal that daringly mixes pop, jazz, R&B, salsa and funk with urban genres, a mixture that he has been calibrating since his time at the American Berklee College of Music.

“I am part of a multinational where there are artists who hit a lot more than me and who have a much more commercial style than mine. My criticism is that it is the same all the time, they talk about the same thing in the same chord wheel.Vic Mirallas

“I started studying classical music in Barcelona, ​​but I felt like the black sheep of my classmates, and I dropped out because it wasn’t a flexible place at all. Then the possibility of a scholarship at Berkeley appeared, and it was there that I found myself with several sticks of music and interacting with people of different ethnic groups that imbue you with their style and culture. It gave me a very nice and interesting opening”he pointed.

Even within that diversity he had to deal again with the looks and with “the ghost of the jazz musician” for “doing things a little more commercial” that his companions who accused him of having “sold to the devil”: “Then the poperos, who are more commercial, told me that mine was too different and that it was not understood. I think that the visions of external people can slightly pervert your idea and what you are really getting out of it.”

“And I think it is very good to always give an opinion, but as long as they ask for it. The fact of giving an opinion like that for free can harm the creator and that is something that I have seen a lot with these years in which I have been shaping my style also by external influences. It is very well to be a little selfish in that sense and say ‘this is what I want to do'”he added.

Between the pressures of his record label and the excessive praise of his colleagues, Mirallas had to learn to find the balance so that success or failure would not end up undermining him: “What I’m looking for the most is to be able to release music without so many ties to myself. Because it seems that when something goes well for you you have to feel super good, and when it goes badly then you have to get depressed.”

“I am part of a multinational where there are artists who hit a lot more than me and who have a much more commercial style than mine. My criticism is that it is the same all the time, they talk about the same thing in the same chord wheel. And this is what I, from the inside, would like to change about the industry. I want to break with that, not with the record company that knew who I was before, and now they have to eat it until the contract ends “he pointed.

The Spaniard will make the most of his stay in Buenos Aires to calibrate the live of his presentations, where he will be supported by the Argentines Peter Pasquale (guitar), Julian Gallo (low) and Paul Gonzalez (drums) and will have some local allies at Niceto Club such as Ca7riel, Benjamin Amadeo Y Femigangsta.

Vic Mirallas: ‘I don’t let myself be influenced by multinationals’