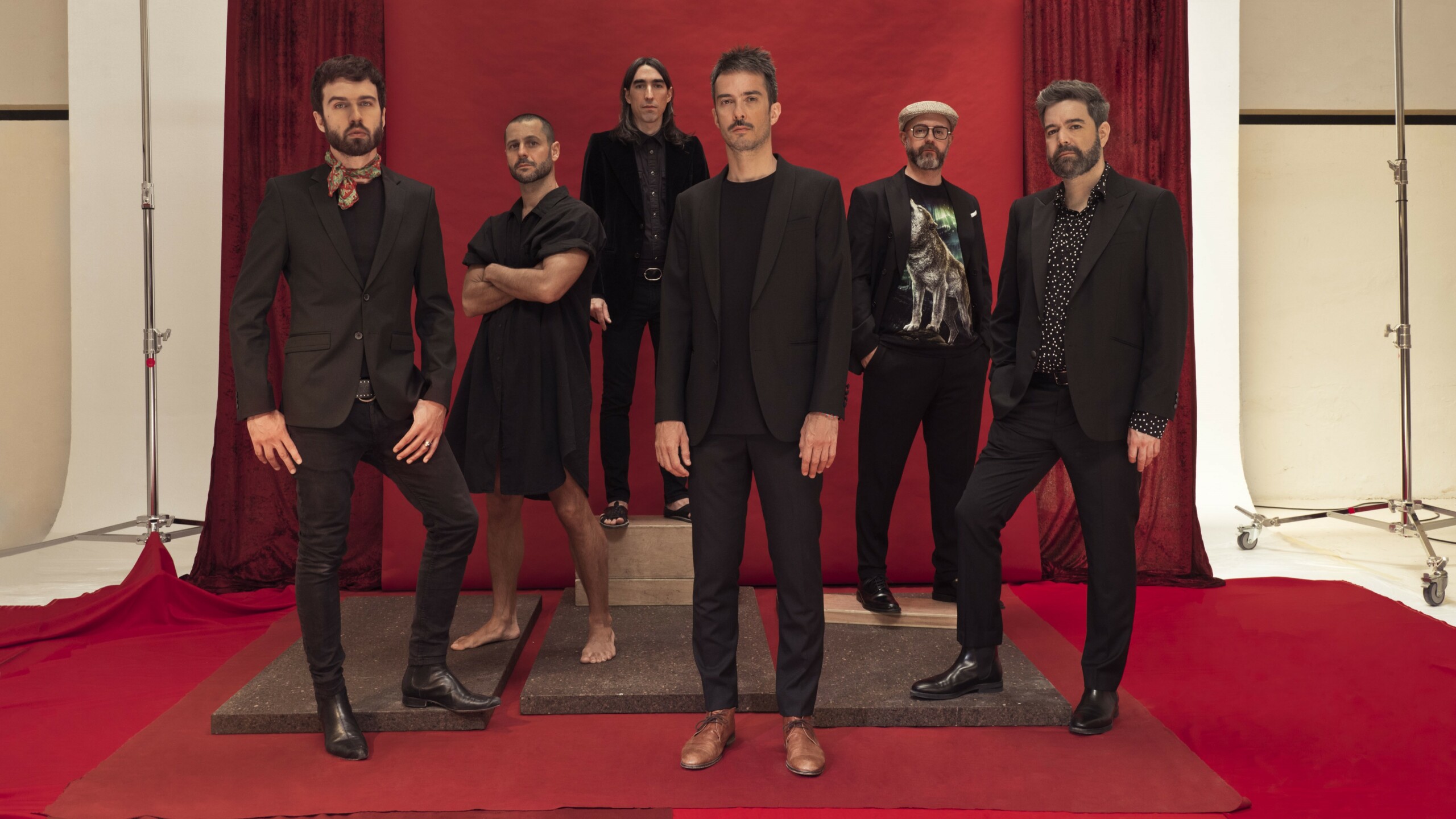 ground wire is the latest album by Vetusta Morla, which moves between stories and traditional Spanish rhythms, in which the return, the search for a root and human fragility are the protagonists and that can be heard in Bogotá and Medellín the next 13 and 14 October, respectively.

But, in addition to returning to the country after three years, these Spaniards will take advantage of their visit to celebrate their three nominations for the Latin Grammy 2022, in the categories: Best Pop / Rock Album for “Cable a Tierra”, Best Rock Song for “Finisterre” and Best long version music video for “Matria”.

Regarding his concerts in Bogotá and Medellín, Infobae Colombia spoke with John Manuel Latorre (guitarist), Jorge gonzalez (percussion) and Alvaro Baglietto (bass), about the production process of his latest album, which was made during the covid-19 confinements, and returning to the stage. 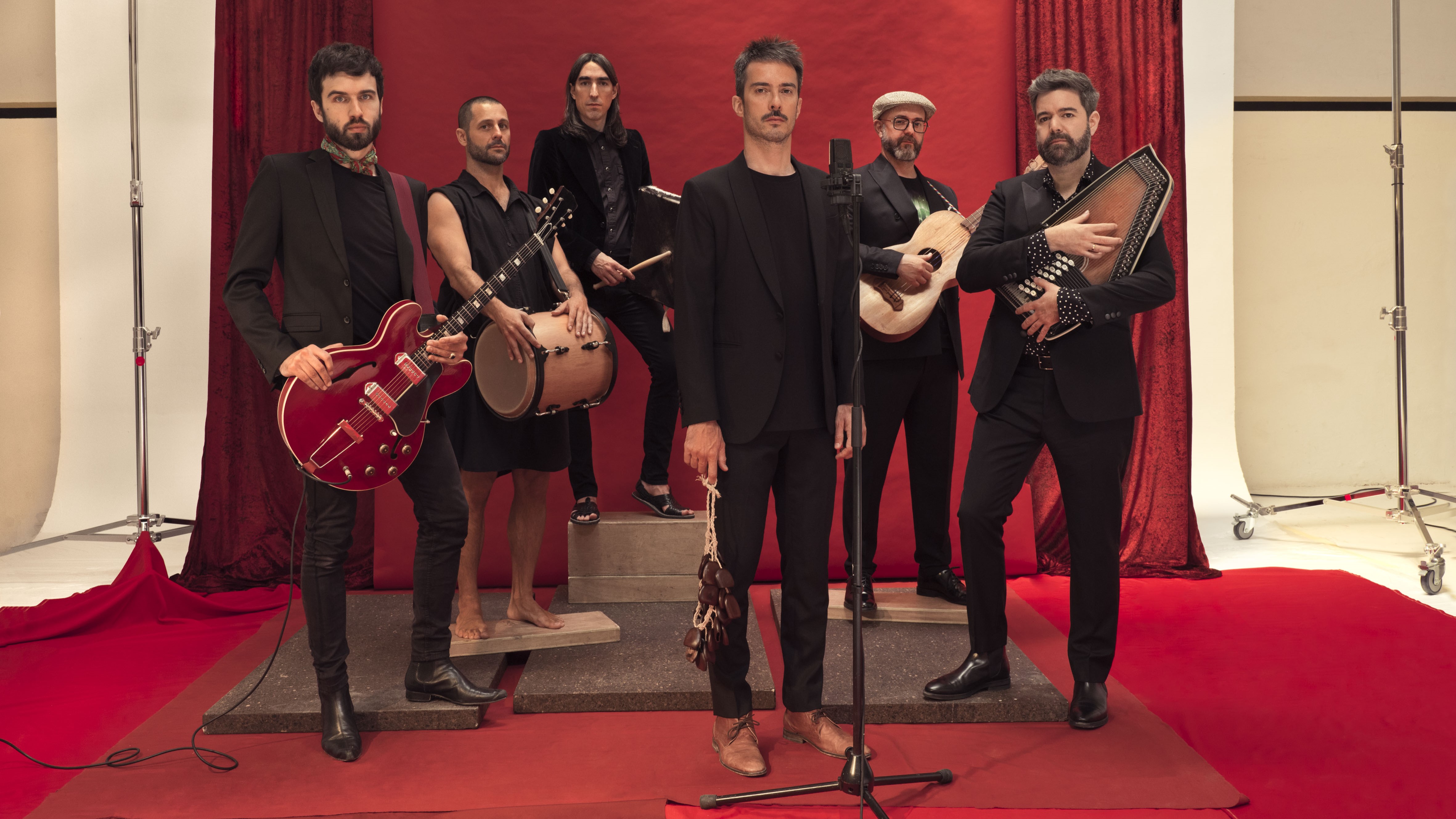 Your last visit to Colombia was in 2019, what has changed in these three years? Knowing that the confinements due to the pandemic were passed through.

Juan Manuel Latorre: Well, a lot of things have changed, of course. The whole world has changed, the music industry itself has stumbled many times, almost like a roller coaster. There was even a time when it seemed that our way of life, concerts, was in danger.

Then he recovered with a lot of effort and now we are a bit waiting to see how everything has changed. The pandemic, obviously, has changed many things in the world, but in our profession it has accelerated many processes, such as the change in the way we consume music… and that has affected us. But at the same time, it is also true that in the midst of all this change, because returning to Bogotá is also feeling a little that what is important, the foundation, what moves us and excites us, is still there in some way. We’re going to have a sold out at the Jorge Eliécer Gaitán and we feel that the city welcomes us with the same affection as it did three years ago.

as they said in the gatopardoeverything changed so that nothing changes.

This latest album that you are promoting was produced during confinement, and is also an exploration of human fragility and the search for roots. How was this process? How was that exploration?

Juan Manuel Latorre: As for the theme and focus of the album, it was something that arose directly from the experience that we lived in the pandemic. It’s not a pandemic record. It doesn’t talk about any of that, but it is an album originated by how we felt at that moment, and I think you’ve used a very appropriate word, which is fragility, right?

Feeling fragile, even feeling that we could lack, at any given moment, some anchor, some ground wire –as the album ended up being titled– led us to make many reflections and led us to talk a lot about community, tribe , of identity, of mutual care, of folklore, of roots.

It led us to look for those things that take care of us, that clothe us in many ways, sometimes in a purely emotional sense, but also, in a broad sense, in a cultural sense, such as folklore, roots or culture, in In general, it supposes us a support for human beings.

And we did, well, rehearsing techniques that we hadn’t used before, which basically has a lot to do with the fact that the songs were composed at a distance, because we couldn’t get together.

That was difficult for us, because we are a band that supports each other a lot in live performance, but it is also true that it opened up the possibility of using tools, instruments and techniques that probably, if we had been together, we would not have used. never or it would have taken us longer to learn.

What was it like to return to the studio and meet again, after working remotely due to confinement?

Jorge gonzalez: Our artistic reunion, so to speak, was preceded by a soundtrack we made for a film called La hija, there in Spain, and it also gave us some keys that directly influenced the album later.

In other words, as Juanma says, the experience of the pandemic inspired some songs, but he does not talk about it itself. But already, due to the type of work we did on the film, some sounds, which were appearing even before the pandemic, of slightly more traditional instruments typical of Spain, when we began to reach that part of the fragility, of the root , where we come from, we saw that it was very connected, in fact already in the production part, then when it was decided to take a direction.

When we saw that we had a path and a story to tell with some songs, we began to limit the spectrum a lot and there with (Carles) Campi (Campónque), who was the producer, we began to develop the songs.

It’s the fastest album we’ve recorded… it happened in different phases, but very fast. First we went back to our rehearsal room and we spent a couple of weeks there, I think it was, in which we played the songs without having a very specific idea yet, although there were already a few things, and then we went to our producer’s studio, where we assembled all our revelry, we did a review and that’s where the idea appeared, although we did not have the title Cable to land, but that concept appeared there.

Going outside of Spain was even on my mind, but it didn’t seem that because of the type of album, which appealed a bit to our interior, to our roots, going abroad was perhaps not the most appropriate thing at that time. We were also getting out of all that pandemic stuff, so we also decided to support people who have been with us on the trip, it was important and we went back to the studio to record an album between epochs.

Vetusta Morla’s songs are very narrative. How was that thread built, that story that it tells? ground wire?

John Manuel Latorre: Well, initially it was produced in a more intuitive way, than calculated, actually, which is how we always do things. In fact, this is probably the album that has more doses of that conceptual approach or that slightly more thought-out narrative. Always, as if a posteriori, we say, now we are going to intellectualize what we have done by intuition.

In this case it was a little more mixed and yes there was an important point that was when two songs appeared, which are precisely the first two of the album, backstab Y The Virgin of Humanityin which we realized that there was a thematic approach and there was also an aesthetic approach.

That helped us a lot to close the rest of the songs and, a little, to put together that narrative. There are songs that… so you can see that they aren’t totally calculated either, but rather it’s a more intuitive matter, there are songs that are suddenly redundant in the thematic sense, or that speak of the same thing from another point of view.

To give you an example, there are two songs that, for me, speak to the idea of ​​transcendence –not spiritual transcendence, but the transcendence of what has to do with inheritance, with leaving a legacy, a path– and that at end is something absolutely necessary in the culture of any people: to leave the footprints on which those who come behind continue to walk, just as we have walked.

Well, for me there are two songs that talk about the same thing, from very different points of view, one is backstab and the other is At the end of the escape. In the case of At the end of the escapethis one speaks of transcendence from a point of view much more than that folklore of our identity would be, like when we are told what your favorite band is and its name is written on the wall of a bathroom, for us that is like the clay tablets of the Babylonians.

This, so you can see, well, that, that we were thinking about the concepts in a very intuitive way and then we put it all together, and in a, well, quite casual way, everything was very harmonic.

A few days ago they performed in Mexico, and before the concert they said they would give everything because it is not known if there will be another pandemic tomorrow, what do they have prepared for their concerts in Bogotá and Medellín?

Alvaro Baglietto: Well, we have done a very intense job to prepare a repertoire that presents ground wirewhich we have already tested in Guadalajara (Mexico) and in Spain, and more or less a tested repertoire and we are lucky to have been able to bring part of the scenery and part of the technical staff from Spain, not all, because everything would be trailersthe problem is that, we can’t do the same, and it’s also a theater.

So, within the real possibilities that there are, 18 people have come from Spain and we have also been able to bring a lot of the scenery.

Do they also come with the suits that they made especially for the tour of Spain?

Alvaro Baglietto: Yes, it is true, I have not commented on that. We also bring the designs of a haute couture brand from Spain that worked directly with us for this album, they come in the suitcase.

In fact our dream, in one of the concerts, as an anecdote, in Madrid we went to see Beck –we were sharing the stage with him– so we were in dressing rooms and we went into his dressing room and we saw that he had all his wardrobe, and we said, wow, yes this. We also need this.

In addition, each of the suits is personalized by each of you, giving them a more personal imprint…

Alvaro Baglietto: Little is said about that, we had personal meetings with the designer and each design of each one of us, who are four, each one of them has small details that… since it is not football, in football one would say what the eye does not go, and there would be a program teaching those things, those details…

Yes, each pair of pants, each shirt, each jacket has details that have to do with us.

Alvaro Baglietto: What we like, and that’s why I say that our strength is direct, is that when a show begins, a journey begins and that we are all part of that journey and that we talk to each other, feeling each other, because otherwise the magic does not happen and what we expect now in Colombia is that. The nice thing about Vetusta Morla is that you get it, it’s something we get to do, create a concert, a ritual.

With tears, to the rhythm of cumbias and joints, Totó La Momposina said goodbye at his last concert
After 30 years, Julio Correal fulfilled a wish with Guns N’ Roses: he heard ‘Sweet Child O’ Mine’ live
Guns N’ Roses in Bogotá: Slash uses an oxygen tank