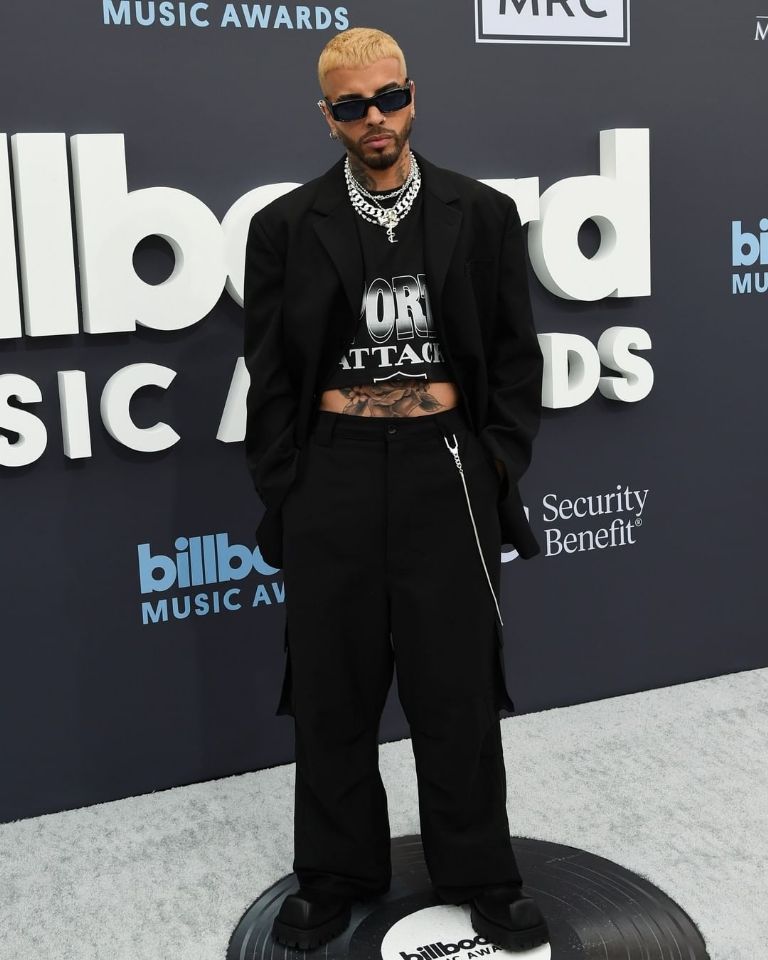 This Sunday one of the most important events that rewards international music is celebrated. The Billboard Music Awards they arrive in 2022 with their 29th edition and have The Weeknd, Becky G Y Travis Scott as its great referents.

The event will award the most outstanding artists and will also have a red carpet with the passing of celebrities. The presence of Ed Sheeran, Becky G, Travis Scott and Silk Sonic, the joint project of Bruno Mars and Anderson Paak, is expectedsince these artists will be part of the presentations of the night

While, the biggest number falls to the Red Hot Chili Pepperswho will meet and offer a great staging at the 2022 Billboard Music Awards.

Regarding nominations, the favorite of the night is The Weeknd with 17 mentions, where several correspond to “Save your tears”, his remix with Ariana Grande. Doja Cat follows with 14 nominations, followed by Justin Bieber and Olivia Rodrigo with 13.

These will be some of the figures that can reach the red carpet of the Billboard Music Awards 2022, where celebrities can be seen before entering the MGM Grand Garden Arena in Las VegasWhere will the award ceremony be?

(20:19) Stormi, the little daughter of Travis Scott and Kylie Jenner, also made her appearance on the red carpet with her parents.

(19:52) Another of the most popular couples on the North American scene, Travis Scott and Kylie Jenner, also made a presence on the red carpet of the 2022 Billboard Music Awards.

(19:35) One of the great nominees and winners of the day, Doja Cat, made her spectacular appearance in a black dress that revealed part of her body with a transparent garment. In addition, she was holding in one hand an item that was shaped like a planet, apparently her bag for the occasion.

(19:33) Anitta surprised with a great dress that she wore in front of the cameras that surrounded the celebrities at the musical event.

(19:20) Anitta is one of the revelation artists with her song “Envolver”, which did not make her go unnoticed on the red carpet of the 2022 Billboard Music Awards.

(19:14) The eccentric couple Megan Fox and Machine Gun Kelly could not miss the looks ceremony at the 2022 Billboard Music Awards. Both appeared in a black suit and dress.

(19:08) Rauw Alejandro also marked his presence on the red carpet of the Billboard Music Awards 2022 in a suit that exposed part of his abdomen.

(19:06) The actress Dove Cameron was one of the most impressive with a spectacular red dress with a large neckline at the Billboard Music Awards 2022

(18:58) Becky G makes her appearance on the red carpet of one of the most important musical events with a striking dress.

You may be interested in TiempoX’s interview with Teresita Reyes in “#Relaja2”. Here you can find the full chapter