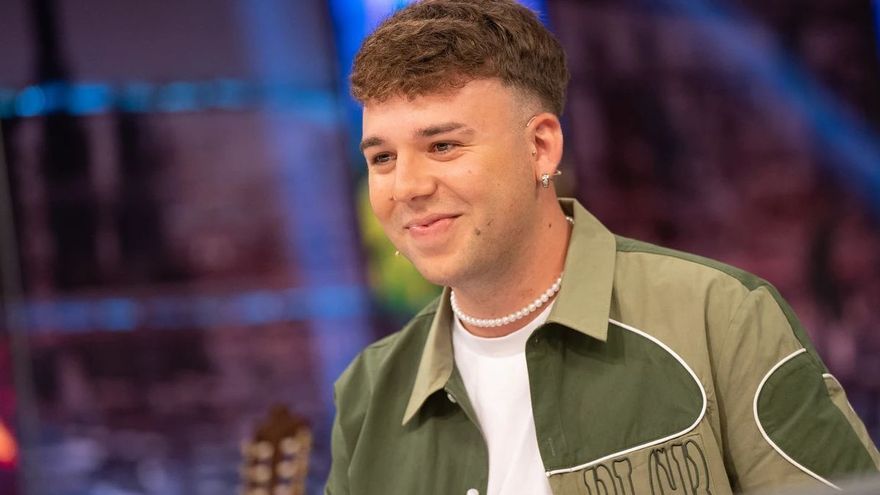 “Stay, that without you the nights hurt…”. It’s been the chorus of summer. And for having its author Quevedo on the stage of the Antonio Soria park next Saturday the City Council of Torrevieja will disburse 197,000 euros (VAT included). The song has been the most played for weeks andn Spotify worldwide -Quevedo, a young 21-year-old from the Canary Islands, is also the first in Spanish to achieve it-. It would be an argument to justify the enormous municipal investment, in addition to the fact that 7,000 tickets have already been sold. Although the most listened to song in popular parties and nightclubs this long and hot summer is not the most performed in the strict sense. Quevedo, on most occasions, uses a recording with the base of the song and his own voice to carry out his still few live concerts, while he dedicates himself to encouraging the public, yes, microphone in hand. Sometimes he also sings the singles that he has been reeling off in recent weeks – apart from his worldwide success – with a very sharp contrast in his voice produced in a recording studio with autotune – which not only refines the tones, but also achieves effects of urban music-. Until July, Quevedo only acted as opening act and it was after his success that he scheduled this mini-tour that takes him to Madrid, Barcelona, ​​Bilbao… and Torrevieja.

The municipality has baptized the event as the “Colorín Colorado Fest” and has sold it as an end-of-summer surprise after the success of the Festival Brilla Torrevieja, whose promotion could not miss the intervention of the mayor Eduardo Dolón himself with a video on his social networks. Due to the rush of time to publicize the concert, the managers of Shine and Crazy Urban Festival have made their social media platforms available to the City Council to publicize the Festival, which is completed with Recycled J and local artists. Although the producer that finally hires Quevedo is from Alicante Horizonte Musical, the usual provider of shows for the Torrevieja City Council for the last 20 years. Which is the production company that had the exclusivity of the singer for this month of September in the province.

So far, 7,000 tickets have been sold with a single price of 20 euros for a venue with a maximum capacity of 20,000. The municipal forecast is that it exceeds 10,000. The income of the first 7,500 – another hundred thousand euros – will go directly to the organizers. 50% of those sold from 7,500 will be deposited by the City Council. Dince the ten thousand the integrity of the entries goes to the municipal coffers. The municipality could recover up to 225,000 in the event that the capacity was exhausted.

Contrary to what happens with dozens of contracting files exposed to the public by the City Council of Torrevieja in the profile of the contractor during this mandate, the one of this adjudication promoted by the Department of Youth only contains the epigraph of the file, without documentation on the award process, which implies a breach of the Public Sector Contracts Law due to lack of transparency.

On the other hand, as has happened for much of the summer, the celebration of this massive event at the concert venue will cancel a good part of the parking space for the Friday market the day before. Something that has generated discomfort among street vendors and users of this commercial space, where it has been very difficult to find parking on Fridays in July and August. Some vendors, who are still exempt from the payment of occupation of public roads, have decided to stop installing their stalls in Torrevieja this summer due to accessibility problems that customers have had, with a direct impact on sales.