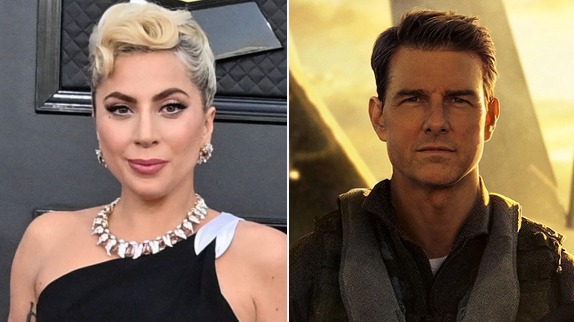 
Lady Gaga’s schedule has been very busy in recent months. Star of Ridley Scott’s film “House of Gucci”, the singer and actress has traveled the world to promote the feature film, in which she bursts onto the screen in the skin of Patrizia Reggiani, the woman who commissioned the assassination of Maurizio Gucci in 1995. If Lady Gaga was not nominated for the Oscars for this role, she still shone on the red carpet of the most prestigious ceremonies during the season of film awards such as the BAFTAs or the Golden Globes where she landed a nomination for Best Actress in a Drama. At the same time, the “Rain on Me” singer added a 13th Grammy Award to her collection thanks to “Love For Sale”, her jazz duet album with Tony Bennett which she dedicated to her formidable live performance during the ceremony, which s was held on April 3.

And the rest of 2022 promises to be just as busy for the 36-year-old star! While his French fans are waiting for him at the Stade de France for his concert event scheduled for July 24, and which is well and truly maintained despite the work of the RER, the public may be able to discover a song by then untitled by Lady Gaga. On May 25, moviegoers will find Tom Cruise in the sequel to the cult film “Top Gun”, entitled “Top Gun: Maverick”. The feature film directed by Joseph Kosinski (“Tron: Legacy”) will again see the actor and his sidekick Val Kilmer soar through the air as fighter pilots in the US Navy, 36 years after the original film, with Miles Teller, Jennifer Connelly and Jon Hamm to complete the cast.

Released at the cinema on May 25

According to a tangible hypothesis, Lady Gaga will not evolve in front of the camera at the wheel of an F-14 but on the soundtrack of this sequel to “Top Gun”, which will be presented in preview at the Cannes Film Festival. Indeed, a little monster featured the name of the popstar on one of the film’s posters located on the facade of a movie theater in the city of Anaheim, California. To prove his point, he filmed himself on video on the spot and we can distinguish in the credits the name of Lady Gaga on the poster alongside the composer Hans Zimmer (“The Lion King”, Interstellar”), who supervises the music with his German colleague Harold Faltermeyer (the creator of the song “Axel F” for “Le Cop de Beverly Hills”, successfully covered by Crazy Frog).An unprecedented collaboration that would cause a sensation if it were to be confirmed! The soundtrack to the original “Top Gun” gave birth to the plantar hit “Take My Breath Away”, composed by Giorgio Moroder and performed by the band Berlin.The single was at the time ranked number one in the United States and number 2 in France.

Okay! I have video and photos of the poster! pic.twitter.com/soJc1PuPW7

More about Lady GaGa on her official site and his page Facebook.

listen to and/or download Lady Gaga’s discography on Pure Charts.

“Top Gun: Maverick”: Lady Gaga on the soundtrack of the film with Tom Cruise?