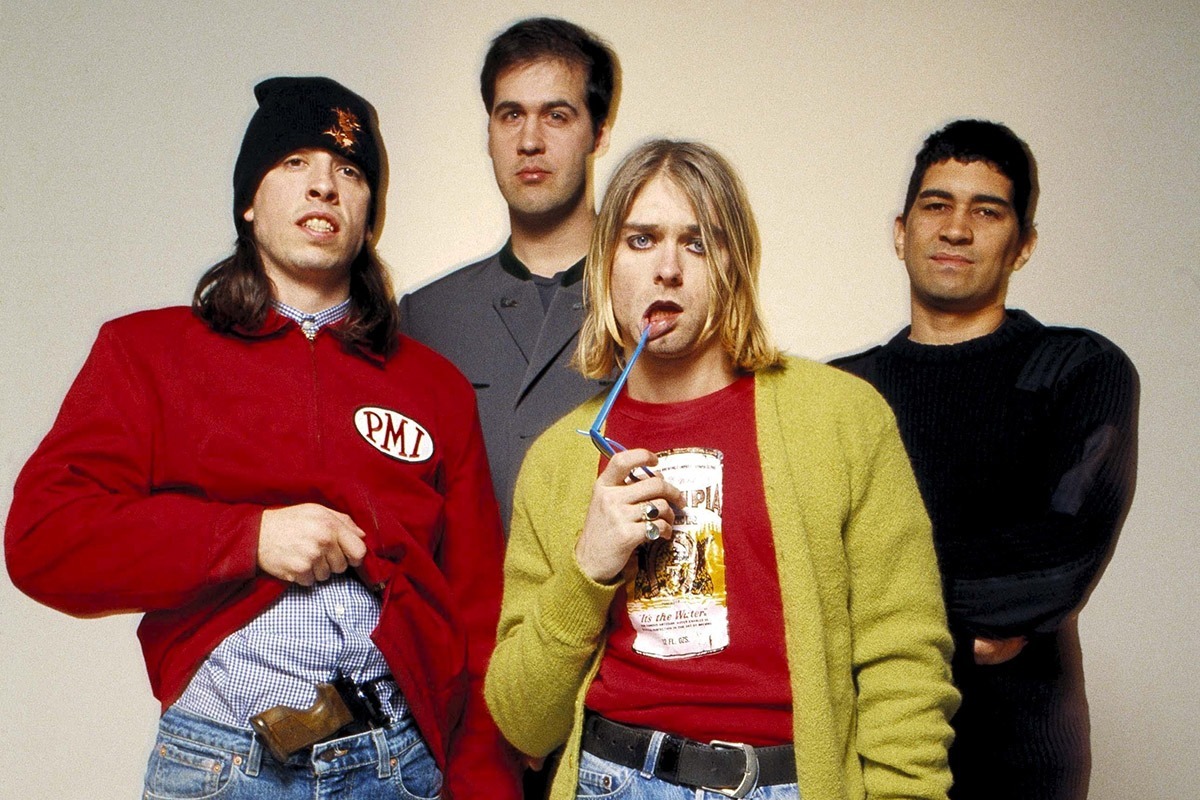 The historic band led by the ill-fated Kurt Cobain lasted a few years, but in less than a decade of life they left great songs that, several decades later, still persist as indisputable rock gems.

Although the formation of Seattle is considered as a rock band of the 90’s, its beginnings date back to the 80’s. They originally took various names such as Fecal Matter, Ed Ted Fred or Skid Row (yes, for a very short period they were nicknamed the same as the well-known heavy metal band before it took the name) until they stayed with Nirvana in the late 80’s.

The group’s discography is usually reduced to ‘Bleach’ (1989), ‘Nevermind’ (1991) and ‘In Utero’ (1993), but in 1992 the rarities compilation ‘Incesticide’ was also released and in 1994 the live acoustic ‘MTV Unplugged In New York’. Although this was the bulk of his work, songs like «I Hate Myself And I Want To Die» (included in the compilation ‘The Beavis And Butt-Head Experience’ from 1993) or “You Know You’re Right” (posthumous, released in 2002), as well as several demos and EP’s, should also be taken into account.

It might seem easy to choose 10 important songs from his career if everything is reduced to the most popular singles, but the reality goes further. In this selection, the existence of a large part of the classics that even our grandmothers have chanted has been avoided in order to vary a little and give other great songs a chance because, who does not already know “About A Girl”, “Smells Like Teen Spirit”, “In Bloom”, “Come As You Are” and “Heart-Shaped Box”? Here the Top 10 Nirvana Songs:

From the simplest at a lyrical level but addictively dirty and with guitars and riffs close to metal (like almost all of ‘Bleach’). A song that started as a joke and stayed as part of Nirvana’s debut. In 2004 Fear Factory would include a version of it on their ‘Archetype’ and Thou on their Nirvana tribute album, ‘Blessings Of The Highest Order’ (2020).

Another song halfway between punk and heavy metal along the lines of ‘Bleach’ in which the screams of Kurt Cobain and the punch of then-drummer Chad Channing pierce your brain. Even Machine Head dared to cover it and record it in the studio in 1997.

Nirvana was a machine for creating distorted riffs (watch out for that bass!) camouflaged in catchy pop songs. Practically all of his discography attests to this, especially on ‘Nevermind’. And yes, it was also covered by other artists: Steve Earle and Otep.

«Drain You» It didn’t have the importance of “Smells Like Teen Spirit”, “In Bloom” or “Lithium”, but it was still one of the favorite songs not only of the fans, but also of Kurt himself. The vocalist and guitarist cited it as a piece that he always enjoyed playing and, to tell the truth, he gave it his all when interpreting it. That aftermath of the calm before the storm in the middle of the song is great. Versions? Yes, from Horse Feathers and Post Malone. The latter also included it in the set of a tribute concert to Nirvana of more than 1 hour that was broadcast on YouTube during the confinement by COVID-19 in 2020 and in which it featured Travis Barker on drums, Nick Mac on guitar and Brian Lee on bass.

One of the most forgotten songs of ‘Nevermind’ along with “On A Plain” (another great song) and possibly one of the best of the group with a bass intro by Krist that totally catches. It deals with his relationship with Tobi Vail, Cobain’s ex-girlfriend and founding drummer of Bikini Kill. Although it seems otherwise, it seems that they did not get along badly after the breakup.

Charles Cross, biographer of both Kurt Cobain and Bruce Springsteen or Jimi Hendrix, stated that this song also had a love background associated with Cobain’s breakup with Tobi and that the musician sang to try to get her back, but there are also theories that associate it with both drugs as against them, mocking the musicians who presume to consume them. Either way, it’s a great (and much-loved) theme.

With this direct and choreable song with outstanding lyrics where Kurt faces both his inner demons and the weight of fame that he detested so much due to the pressure of the tabloid press after the success of ‘Nevermind’, ‘In Utero’ opens. ‘ . It also includes an interesting solo (it’s not the only Nirvana song with solos, as many will know) that doesn’t make Cobain a great guitarist (he wasn’t), but it does show that he was unique when it came to finding the chords to create the perfect riff or do some other distorted virguería with his guitar.

Although it was written in 1990, this pop pseudo-ballad with cello arrangements by Kera Schaleyno was not recorded until 1993. It bears certain similarities to «About A Girl» from ‘Bleach’ and is one of those easily digestible melodic cuts that both they are appreciated when listening to an LP and it has a clear theme: drugs. In the verse “my heart is broke but I have some glue/help me inhale and mend it with you” mention is made of the use of toxic inhalants .

Direct, disconcerting and even disturbing song full of screams of rage, lyrical metaphors and powerful guitars that seems to allege a kind of rupture and self-destruction as a means to achieve healing. Releasing a song like this or “Tourette’s” after reaching worldwide success and breaking the sales charts with ‘Nevermind’ makes it clear that Nirvana was about passion and not a quest for fame.

It’s hard to talk about Nirvana without mentioning the word “hit”, but this song is another hit and an elegantly direct criticism of radio one-hit wonders that is already uncovered in the first verse: “use just once and destroy” ( “use it once and destroy it”).