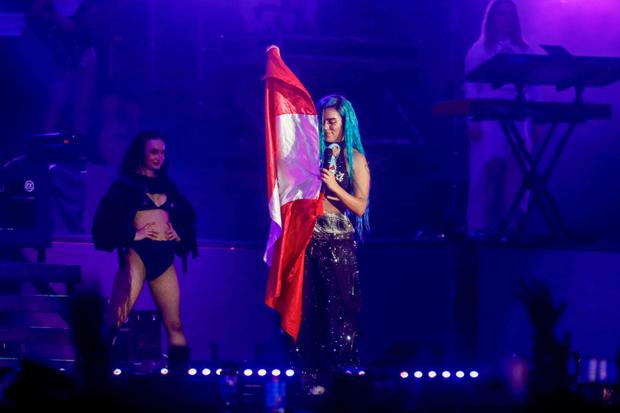 The entertainment industry has been reactivating strongly this 2022 and “mega events will far exceed the result of 2019″, after two years of restrictions due to the COVID-19 pandemic, according to the Peruvian Association of Authors and Composers (Apdayc).

Marina Marcovich Adrianzén, National Director of Collection of Apdaycstated that the fever of artistic shows in Peru returned this year, because the public wants to see and hear their artists on stage.

“2022 is an unusual year and carried with the fever of reviving live music. At the cutoff of October (4th of that month) we have reached an average of 90% of the attendance of 2019″, said the executive to this medium.

Along these lines, Marcovich estimated that “we will exceed one million attendees by the end of the year”.

Regarding the box office, Apdayc reported that there are events that exceed S / 300,000 nationwide. Among them are: Gian Marco, Daddy Yankee and Guns N’ Roses.

He indicated that “this year the result of box office income already exceeds the average of S / 2 million (until September 15)”.

“The income from copyright, at the end of September, is approximately S/ 7 million, estimating a collection of more than S / 10 million (at the end of 2022)Marcovich added.

Until the end of September, 56 mega-events can be counted, which, apart from providing entertainment, have also left some not insignificant monetary income.

The show of the most famous urban singer of the moment, Rauw Alejandro, which took place on May 6 at the Jockey Club had between 20,000 and 30,000 spectators, according to figures from Apdayc.

That same figure was obtained by the Lima Music Fest – Latin Pop Edition on June 11 at the Arena Peru when Manuel Turizo, Camila, Sin Bandera and Danny Ocean performed.

However, one of the concerts that exceeded all expectations was “Gian Marco 30 years”, where on July 16 more than 40,000 followers sang and danced in the National Stadium to the rhythm of ballads, salsa, reggaeton and cumbia.

Another of the mega-events that generated hysteria and great expectation among fans was that of Coldplay, which opened a second date at the National Stadium.

The band led by Chris Martin gathered more than 40,000 fans in their two shows on September 13 and 14.

Below is the table with the 10 concerts with the highest attendance until September.

Why the great reception of the concerts?

The confinement to which the population in the country was subjected, in the opinion of the experts, seems to be the reason why the concerts now sell out at the box office.

“Reactivation is fine. Starting in March, everyone began to buy tickets and this has not only been seen in Peru, but throughout Latin America, such as Chile, Argentina and Brazil. It seems that people who spent more than two years at home, without seeing shows, went out to solve their problems and want to go to concerts”, commented Jorge Fernández Mazaira, president of the Artistic, Cultural and Related Shows sector (Arena) of the Lima Chamber of Commerce.

He indicated that in that second half the number of shows exceeds the first half of the year.

The businessman explained that the factor of the prices for the tickets of the shows is due to the exchange rate that is on the rise.

“The problem is that the dollar has risen and is close to S/ 4. The sounds, the lights, the screens, the artist are in dollars. Now if the businessman does not sell the total (of the concerts) he loses. This year there are like four big shows that were suspended for fear of sales“, he claimed.

He added that the shows are more demanding in the technical part, such as visuals, and that requires a greater investment. “Now they play sound for the public and return to the stage, screens everywhere, lights too. The shows are better, but that’s more expensive“, said.

The reactivation of concerts in the world has meant the return of great international artists to our country for this 2022.