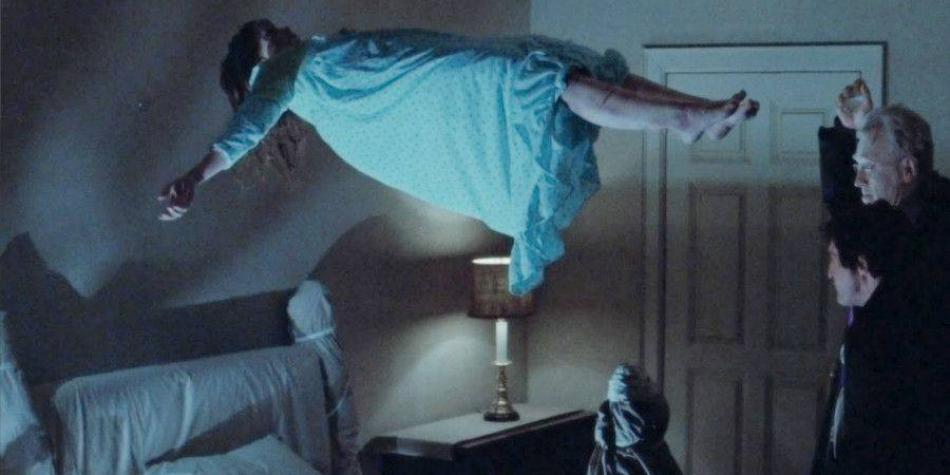 from the dark “Paparazzi” to his blood-soaked performances on tour Monster Ball Tour 2011. Lady Gaga demonstrates her love and her admiration for things dark and creepy forever. And movies are no exception.

The singer is an admirer of extravagance, darkness and cult horror films. She then knows Lady Gaga’s 5 favorite horror movies.

In an interview with Jimmy Fallon in “The Tonight Show” the actress of house of gucci, commented that she loved scary things because they relax her. Gaga highlighted the genres of science fiction and psychological suspense.

However, Lady Gaga’s favorite movies delve into terrifying themes meant to strike horror in those who see them.

In 1973, William Peter Friedkin directed the last experience of religious terror, The Exorcist. The film follows the possession of a young Reagan, Linda Blair, and the two priests, Jason Miller and Max von Sydow, who exorcise the demon.

The Exorcist was also the first horror film to earn an award nomination. Oscar in the category of Best Film.

The film has the reputation of being one of the scariest and most innovative horror films ever released.. There were many stories of audience members fainting from fear in theaters at the time.

The 2001 cult classic directed by Richard Kelly could be classified into multiple genres. Nevertheless, there are several dark themes and frightening imagery within the film that fall into the category of horror and psychological suspense.

The film follows Donnie Darko (Jake Gyllenhall), a teenager who encounters strange time-traveling entities and dreams of an apocalypse.

Lady Gaga uses similar strange images in her music videos that also blur the lines between the genres of science fiction and horror, as seen in his music videos for “You and I” and “Born This Way”.

In an episode of Variety Lady Gaga told Jake Gyllenhall that“Donnie Darko is religion. If you know your shit, you know Donnie Darko.”.

Psycho is one of the most infamous and influential horror movies ever made. All thanks to the mind Alfred Hitchcockknown for being the father of suspense.

Psycho introduced Norman Bates, who murders multiple people at the Bates Motel under his alternate personality, which is modeled after his abusive mother.

The movie being in black and white, it could include much more violent images than the public was used to at the time.

Lady Gaga also frequently explores the limits of sexuality and violence in her music, performances, and videos. Psychosis is also considered a influence on the slasher horror subgenre that would develop throughout the 1970s and 1980s.

On The Jimmy Fallon Show The Tonight Show»Lady Gaga compared the movies slasher that contain a significant amount of violence with a good cup of tea.

This is another classic film directed by Hitchcock that bridges the lines between the genres of psychological suspense, mystery and terror.

The story follows a professional photographer recovering from a broken leg played by Jimmy Stewart, spying on his neighbors.

One day he thinks he has witnessed a murder and goes to great lengths to gather evidence of the crime despite being confined to his house.

Rear Window is a very influential movie. Even Hitchcock’s use of movie tension has been referenced in countless psychological thriller and horror films, such as The Woman in the Window.

This film is known for its masterful use of suspense, and was mentioned in Lady Gaga’s song “Bad-Romance”along with other notable horror and thriller films.

The song declares Gaga’s love for Hitchcock by referencing his movies in the lyrics: “I want your psycho, your Vertigo trick. I want you in my back window, baby, you’re sick.”

He continued to uncover a devious plan while investigating the mystery surrounding his ex-lover Madeline Elster, performed by Kim Novak.

Lady Gaga described herself as a ” hitchcock groupie ” before Jimmy Fallon and he even compared himself to Kim Novak. in your song “So Happy I Could Die”Lady Gaga calls herself “Lavender Blonde” which was one of Kim Novak’s nicknames while working in Hollywood.

Gaga also used parts of Vertigo’s score in the opening scene of her “Born This Way” music video..

There is no denying that Lady Gaga’s career has been constantly influenced by the horror genre. Example of that are the murderous plots and the dark atmosphere of Lady Gaga’s music videos “Paparazzi” Y «phone»as well as in his complicated and murderous roles in films like House of Gucci or series like American Horror Story: AKA AHS: Hotel.