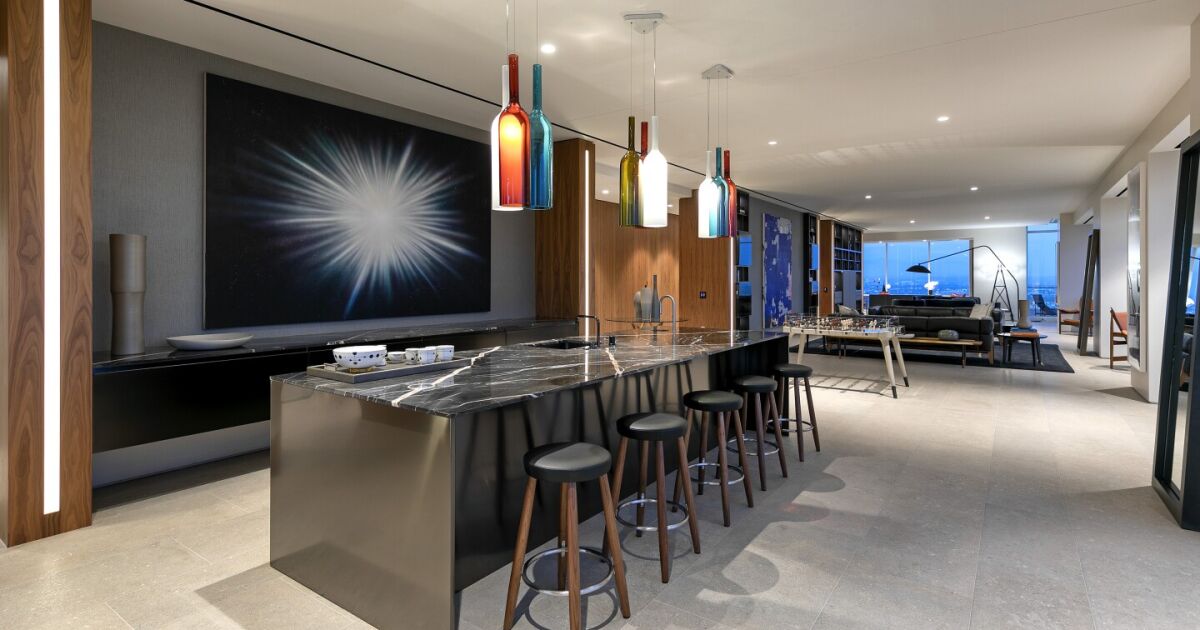 Abel Tesfaye, the pop star better known as The Weeknd, is leaving the vertical life. A few months after spending $70 million on a Bel-Air mega-mansion, the singer-songwriter is selling his Westwood penthouse for $22.5 million.

He bought the place for $21 million in 2019, which at the time was one of the most expensive condo sales ever recorded in Los Angeles County. The $22.5 million price tag would dwarf the real estate deal of Matthew Perry, who sold his Century City penthouse for $21.6 million last year. Socialite Candy Spelling holds the current record for condos after paying $35 million for a 15,555-square-foot spot in Century Tower in 2010.

The Weeknd’s space is about half that size, at 7,950 square feet. It occupies an entire floor of Beverly West, a 22-story skyscraper that houses 35 luxury condominiums overlooking the Los Angeles Country Club.

Views are not limited to the golf course, as the residence takes in panoramic city and ocean scenes through floor-to-ceiling windows and a balcony. When The Weeknd bought the house, it was packed with amenities, but he also added a TV wall made up of four 65-inch screens during his two-year stay.

Called “Mogul,” the condo mixes a masculine design palette of deep navy blue and walnut paneling. Directly accessible by elevator, other highlights include a chef’s kitchen, entertainment bar, and fitness center. In addition, there are four bedrooms and seven bathrooms, including a master suite with a jewel-box steam shower.

Building amenities include 24-hour concierge, a saltwater pool, and a rooftop helipad.

Originally from Canada, The Weeknd rose to fame in the past decade with four studio albums, three Grammy Awards and hits like “Can’t Feel My Face,” “The Hills” and “Blinding Lights.” His fifth album, “Dawn FM,” will be out on Friday.

If he finds a buyer, it will be his second home sale in as many years. Last April, he sold his Hidden Hills mansion for $19.3 million.

Angel Salvador of Beverly Hills Estates is the listing agent for the property.

The Weeknd is selling his Westwood penthouse for $22.5 million