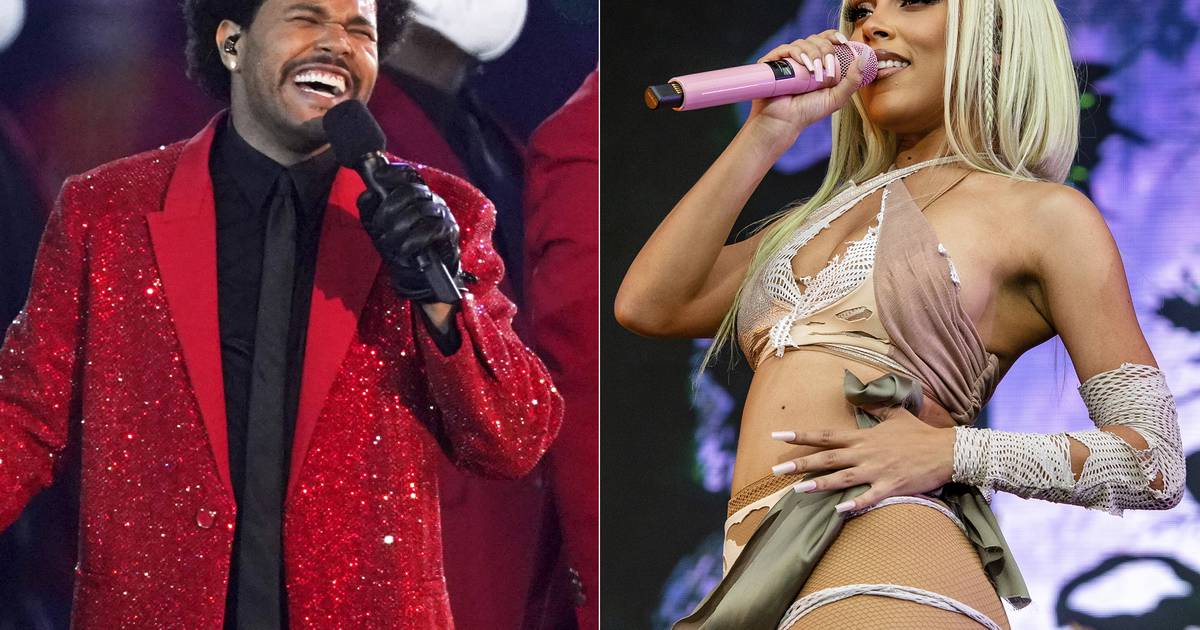 With 17 mentions, The Weeknd is the top finalist at the Billboard Music Awards for the second year in a row, followed by Doja Cat, who got 14, it was announced Friday.

In the Latin music sections, Bad Bunny leads as a finalist in 3 categories, followed by Farruko, Kali Uchis, Karol G and Rauw Alejandro, with 2 mentions each. Also competing, among others, Rosalía, Caliber 50, Eslabón Armado and Grupo Firme.

The Billboard ceremony, which is delivered in 62 categories and measures success on popularity charts, streaming services, broadcasting and social networks, will be on May 15 in Las Vegas and will be broadcast live on NBC and Peacock.

The Weeknd is up for best artist and best streaming song artist awards, while his duet with Ariana Grande “Save Your Tears (Remix)” is up for six awards. Also competing for the best artist award are Doja Cat, Olivia Rodrigo, Taylor Swift and Drake, Billboard’s top winner with a total of 29 trophies.

Doja Cat, who recently won her first Grammy Award for her collaboration “Kiss Me More” with SZA, is a finalist in categories including Top 100 Song, Best Collaboration and Best Viral Song.

A first-time finalist, Rodrigo continues his streak as an awards favorite as a finalist in 13 categories, including best new artist, best female artist and best radio song artist.

Swift has a chance to surpass Drake as Billboard’s top honoree. The pop star ranks second behind him with 25 previous wins and is nominated for seven awards this year. But Drake is also up for 11 awards, including top Billboard 200 album, top rap artist and top streaming song artist.

This year, five new categories were added, four of which are based on Billboard’s global charts and one measures viral songs. This year’s awards take into account songs released between April 10, 2021 and March 26, 2022.

The Weeknd and Doja Cat main finalists to the Billboard