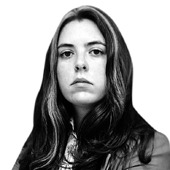 Municipal band of txistularis / a. pelaez

The municipal txistularis band returns to the stage. The new season of concerts will start next Monday, October 17, and will last until April 3 of next year with twelve concerts inside and outside the borders of the town. The programme, which was presented this morning, also includes more than twenty collaborations with artists from other genres and musical styles, but with the sound of the txistus as the common thread in the performances and under the baton of Gorka Zabaleta, who takes the replacement of Garikoitz Mendizabal at the head of the formation.

The Euskalduna will once again be the temple that will host most of the concerts. The first date will be, precisely, on Monday the 17th. The band will present ‘Lurra terra’, a show where traditional rhythms will be mixed with folk music. For November 9, the band offers the public an innovative and unique performance, ‘Lainoen artean’. The artist Ainara Aspiuazu will create from scratch a work inspired by the sound of the Band, and the verses of the bertsolari Oihana Iguaran, which will be projected on stage. Improvisation will gain strength in this interdisciplinary piece. And on November 28 a new concert will be presented under the title ‘Izar’ and directed by Gorka Zabaleta.


At Christmas, the group of txistularis will close the musical year on December 20 with the recital ‘Elur malutak’. “The main axis will be the students of Bilbao Musika, because we are going to have the Ahotsak choir and the children’s and youth choir, as well as the txistularis plus txikis”, Idoia Kareaga, a member of the municipal band, explained this morning. A festive performance that will be joined by the young actors Oier Agirre and Nerea Sanz, as masters of ceremonies and who will also perform their sketches.

2023 will begin for the group on January 25 with ‘Haize birak’, where music and dance will come together on stage. On February 6, the clown and actress Maite Guevara will try to bring traditional sounds closer to all ages with the play ‘Txistu mundua eta Martina’. For its part, on March 20, the show ‘Haizan eroan’ will be performed, which will once again feature dances. The last appointment in the Euskalduna will be on April 3. The ‘Arnasak’ performance will make use of the audience so that they form a living part of the scene. The municipal band will be joined by the singer Ainara Ortega and the musicians Iñar Sastre and Gorka Eskauriza as guest artists.

Outside the Palace walls

Added to the program of the txistularis quintet, which will perform at least one concert a month in Bilbao, are the appointments that the band has in other locations inside and outside the town. On November 4, the group will travel to the Modern Theater of Guadalajara together with the accordionist Garazi Nievas to celebrate the 30th Anniversary of the Fundación Siglo Futuro. On December 17, at Bidebarrieta Kulturgunea in Bilbao, the band will join the txistu students of the Navarre Superior Conservatory of Music. And two days later, all of them will repeat the show at the Palacio del Condestable in Pamplona.

Finally, on January 28, the group’s last outing this season will be to Bermeo. The Fisherman’s Museum of the seaside town hosts the MusEkintza Festival and within this program, the band will team up with the illustrator Elisabeth Pérez to offer a different show, where images and melodies will merge into the scene.

The Councilor for Culture and Governance of the City Council, Gonzalo Olabarria, who attended the program’s presentation this morning, highlighted the work of the band that “between May and September of this year has performed twenty kalejiras in different neighborhoods of the town, as well as six concerts». And he has stated: “We can say that the txistu never stops playing the Bilbao”, in reference to the numerous popular and official events that are held in the Biscayan capital to the sound of this instrument.