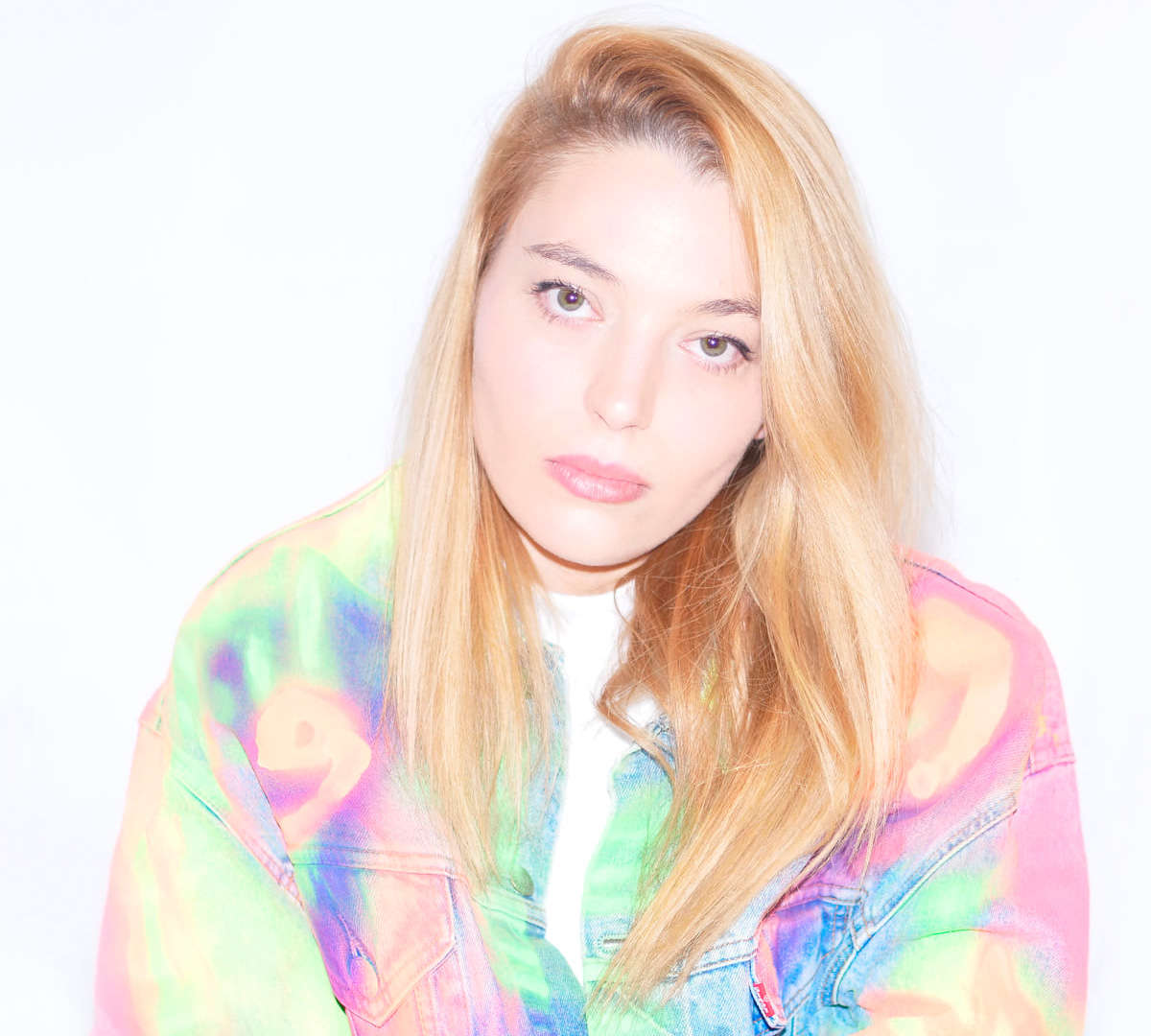 The American music of her parents, the pieces of Libertines exchanged on MSN, her first compositions as a teenager: the singer of the group Hyphen Hyphen retraces her musical journey, which began on the family piano.

As a little girl, she loved to see her parents dancing to Rod Stewart. As a teenager, she went to the wall to attend punk music concerts. Santa, the singer of the group Hyphen Hyphen, looks back on the songs that marked her childhood.

Where did you spend your childhood and in what environment?
I grew up in Beaulieu-sur-Mer, near Nice. My father was an architect and painter, my mother a housewife and formerly a rock singer in the group Daisy Duck. Diagnosed a little ahead of children my age and handicapped by my pathological shyness, the psychiatrist had authorized me to homeschool. I spent my days drawing, reading, watching Arte (the only channel that, according to my parents, was working on our television). My dad used to teach me math in a fun way. The rest of the time, I listened to the adults who included me in their conversation as equals.

When I was 12, Adam, my childhood friend and guitarist for Hyphen Hyphen, motivated me to get into college the normal way. I was terribly bored there. Very athletic, I was a regional judo champion and was quite good at tennis, but I had to stop following an acute epicondylitis. After my baccalaureate, I tried to take courses in an art school, where the archaic education did not correspond at all to my rebellious character and to the passion and rage that I felt at that time.

“As soon as my parents played ‘Da Ya Think I’m Sexy?’, by Rod Stewart, a wave of happiness invaded the house.”

Did your parents listen to music?
They listened mainly to American music. For me, French variety didn’t really exist, apart from the latent melodies that are part of the collective cultural baggage. We had, among others, records by Nina Simone, BB King, Jimi Hendrix, the Talking Heads, but also Stevie Nicks and all the great bluesmen. My father had tampered with an antenna to be able to pick up American radios. As soon as he heard a song he liked, he ran to the hi-fi system to record it and add it to his compilation on an audio cassette. They still had a few records of French singers like Bashung or Niagara, but I especially remember Gainsbourg, whom I listened to with the impression that I was doing something forbidden.

What is your favorite childhood song?
When I was little, the only way my parents found to put me to sleep was to drive around the block to the song. Your Own Sweet Way, of the band Notting Hillbillies. But I have a special fondness for Da Ya Think I’m Sexy?, of Rod Stewart, who started the party. As soon as my parents passed it, a wave of happiness invaded the house. They were dancing with their friends, they looked good together. As if the sadness of their artists’ souls faded for the duration of a song. At 15, when we started our rock band, we listened to new wave and Anglo-Saxon new rave bands that we discovered on Myspace and YouTube. We sent each other pieces on MSN (the messaging service at the time). There were the Klaxons, the Libertines or Late of the Pier.

What is the first concert you attended?
When I was 8, my parents took me to see a jazz group in a club in Nice. I still have the image of sweaty trumpeters, whose musical and physical involvement had deeply touched and attracted me. I think that night I understood that I needed this intensity and this letting go in my life. The first concert I attended of my own choice was that of the punk group Sum 41, in Juan-les-Pins. I was 14 years old. We had done the wall with Adam and friends from college. The atmosphere was punk, we danced, we made pogos. For the first time, I discovered the cathartic and liberating side of music, and I was immediately seduced.

From Olivia Rodrigo to Yungblud, the improbable return of pop punk 5 minutes to read

Did you learn music as a child?
We had a piano at home that I spent a lot of time on. I imagined myself as a composer of film music. I created sounds based on my mood and the weather. At the age of 6, I took lessons with a private teacher. Not very comfortable with music theory, I learned the pieces by looking at his hands. At 14, I missed entering the Nice Conservatory by just two votes. Very upset by this failure, I put my piano lessons on hold to start a rock band with Adam when I was 15.

In high school, we were both different from the others. We didn’t have the same tastes, we dressed differently, we were a bit on the fringe. Very quickly, it seemed obvious to us that we had to put this particularity to work for something. Music allowed us to do that. At the very beginning, I arrived with guitar-voice compositions, whose melody we kept and which we reworked to make it a successful title. Little by little, motivated by the members of the group, I took the position of singer, which was not particularly attributed to me.

The youthful tunes of Rodolphe Burger, from the Rolling Stones in the credits of “Babar” 4 minutes to read

By dint of concerts in the pubs of Nice and then in regional rock venues, word of mouth has worked. The magazine of Inrocks noticed a video of the band on the Internet, and we were able to play in other cities. A turner from Caen spotted us. We had just graduated. This was followed by a tour of two hundred dates throughout France, then the release of our first album at Warner in 2015.

Do you remember the first song you wrote?
When I was 8, I played one of my compositions on the piano in public at a charity gala at the Beaulieu rotunda. He was called Paradise in quotes. I had been paralyzed by the performance, but it had had its small effect, especially with Italians on vacation. But salty popcorn (the first single from my solo project) is also for me a kind of first song. It’s a new experience for an extra soul!

The tunes of Santa’s youth, from the group Hyphen Hyphen, from Rod Stewart to Sum 41