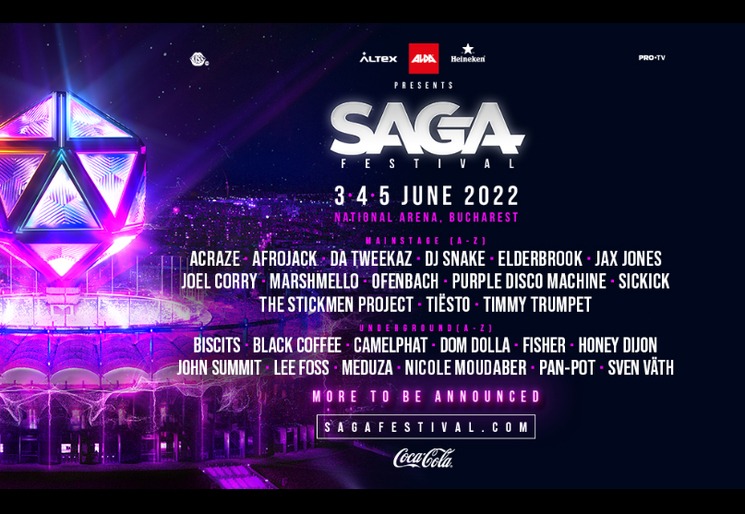 Festival season is about to begin and Romania has no shortage of events, especially after two years of the pandemic. From big festivals that bring together thousands of revelers to more intimate events that take place in remote locations but with quality line-ups and picturesque landscapes, music fans will have a hard time deciding. Here is a first selection of music festivals that you can enjoy throughout the summer.

For a taste of summer, the EDM music festival, SAGA, returns to Bucharest for its second edition and will take place this year on the National Arena for an even bigger show! It promises 3 days of madness with new sets and installations and above all encounters with icons of electronic music such as Afrojack, Fedde Le Grand, Tiesto, Black Coffee, Marshmello, Nicole Moudaber, Pan-Pot, Purple Disco Machine, Sickick or even Timmy Trumpet!

The Gărâna Jazz Festival has been one of the most popular musical events in the country for over twenty years. It is held in the village of Gărâna (department of Caras-Severin), in the scenic area of ​​the Semenic Nature Park, and not only offers a line-up of renowned international musicians, but also the opportunity for a relaxing mini-vacation in nature. This year’s musical lineup promises to be exceptional with Charles Lloyd & The Marvels feat. Bill Frisell, Soft Machine and Frank Gambale: All Star Band. 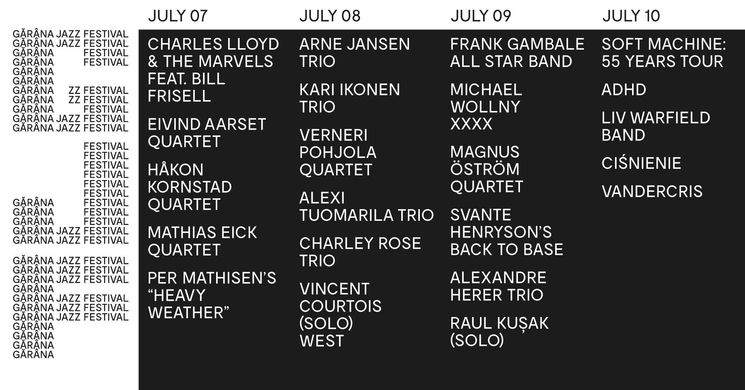 The sunny coast of Constanta It also hosts several music festivals during the summer season, including Neversea where, each year, thousands of people meet. The festival is attracting more and more people because of the unique experience of dancing by the sea to the rhythm of your favorite music, a mix of EDM, electro and pop music. On the program: Steve Aoki, Alan Walker, Black Eyed Peas, Dimitri Vegas & Like Mike, Dan Diablo, Borgore or even Timmy Trumpet. 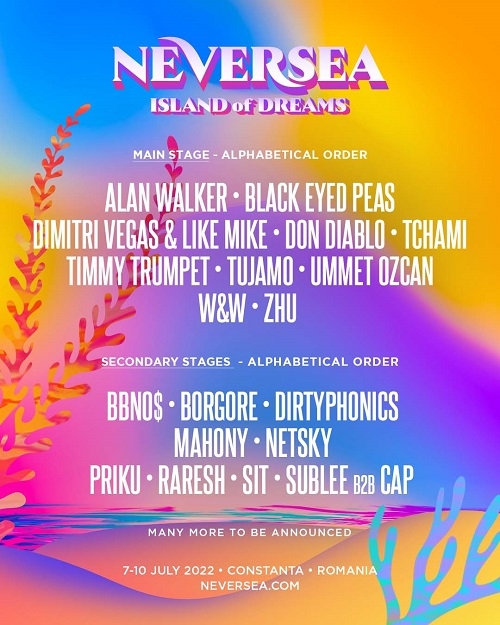 Electric Castle is one of Romania’s most anticipated music festivals, being nominated every year for the European Festival Awards in the Best Medium Sized Festival category, a title it even won two years ago. Combining music, technology and alternative arts, this festival is also organized in a magical setting: Banffy Castle in Bonțida, not far from the city of Cluj Napoca. The line-up currently includes Twenty One Pilots, Gorillaz and Deftones. Buy your tickets in advance, reserve your accommodation and prepare your rubber boots and raincoat for a few unforgettable days of partying.

For rock lovers, go to the Rock the City festival in Bucharest where famous artists and bands will ignite the Romexpo stage. David Coverdale and Powerwolf answered present but also two legends of rock music: KISS and Whitesnake, who will take the stage as part of their farewell tours after more than 40 years of career! The opportunity to finally see artists whose songs have been hummed by generations of rockers.

Among Europe’s most popular electronic music festivals, Untold welcomes more than 300,000 fans to the city of Cluj Napoca for four days of pop, techno, house, deep house, drum & bass, grime and hip-hop. For this year’s edition, big names on the international scene such as David Guetta, Don Diablo, Kygo, G-Eazy and Oliver Heldens have already responded and, judging by previous editions, the best is yet to come.

Summer Well, the capital’s most popular summer festival that showcases indie/alternative music will reach its eleventh edition this year. Among the most anticipated artists are Arctic Monkeys, Nothing But Thieves, Inhaler, Roosevelt, Self Esteem and Hayes & I, but also other musical talents to discover in a bucolic setting: the forest of the Stirbey estate in Buffet.