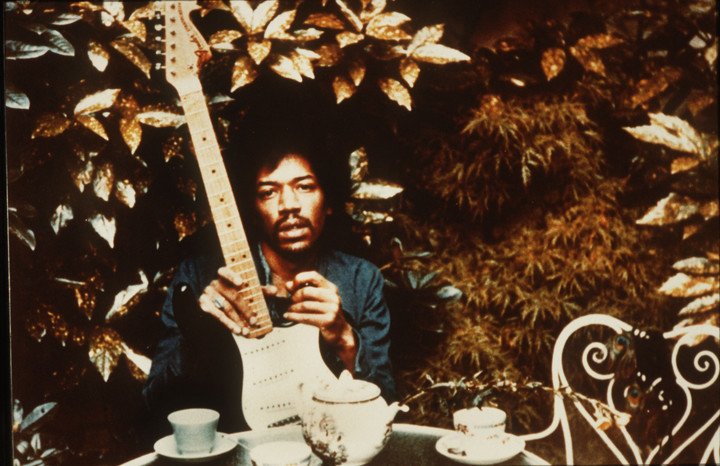 The guitarist performed in Germany and a short time later he died after taking pills.

Legendary guitarist Jimi Hendrix passed away in London aged just 27, leaving behind a lasting legacy, even dubbed “the greatest instrumentalist in the history of rock music” by the Music Hall. Rock and Roll fame.

In his years, he published three albums with The Jimi Hendrix Experienceincluding Electric Ladyland, which included their best-selling single “All Along the Watchtower“.

In the mid-1970s, Hendrix embarked on a European tour, playing the Isle of Wight Festival, ushering in a week of intense touring, which ended with his last concert.

Hendrix commented on a feeling of disappointment in an interview published just a day before his last performance. He said: “Now I am back to square one. I’ve given it all to this age of music. I still sound the same, my music is still the same, and I can’t think of anything new to add in its current state…”

The week leading up to the last show started off disastrously when bassist Billy Cox had LSD spiked in his drink, which made him very upset.

Also, that week, the band’s concert series was full of catastrophes: Hendrix was cold and exhausted mentally and physically, technical problems were rampant and the weather was not helping.

Hendrix was also quoted as saying: “I’m not sure I’m going to live to be 28 years old. I mean, right now, I feel like I have nothing left to give musically. I won’t be on this planet anymore if I don’t have a wife and children.”

He was right, less than a month later, he would be dead.

The band played in Arhus, Denmark, but the concert was interrupted. Nevertheless, gave a much more successful recital in Copenhagen, while drummer Mitch Mitchell shuttled back and forth from country to country while his wife gave luz.

Nevertheless, On September 6, 1970, Hendrix and the band would give their last concert at the Fehmarn Open Air Peace and Love Festival.in Germany.

Jimi Hendrix. His last concert was marked by the violence of the Hell’s Angels.

The festival was packed with bikers, as stagehand David Butcher recalls: “The Hell’s Angels were causing a lot of trouble, ransacking the office and giving free tickets to everyone.. They weren’t in charge of security, but they basically took over, and there was a lot of trouble, including gunshots. Machine gun shots. For a while, I wondered if we had imagined it. But it was real.”

The weather was horrible, and the overcrowding, another stagehand said: “If you think the Isle of Wight was a disaster, you should have been to Fehmarn. [Quien construyó el escenario era un idiota. Había vendavales, así que el mar no paraba de soplar en el escenario”.

Hendrix finished with the mighty ‘Voodoo Child (Slight Return)‘, which contains the last lines, “If I don’t see you anymore in this world/I’ll ​​meet you in the next one and don’t be late, don’t be late“.

Little did the musician know that this would be his last concert, at a festival looted by the Hells Angels and ravaged by storms. Hendrix performed ten days later in an informal jam at London’s Ronnie Scott’s jazz bar.quietly playing the backing guitar in the background, and only 48 hours later, he would die from ingestion of barbiturates

The story of Jimi Hendrix’s last concert: it was chaotic and he died 48 hours after an overdose