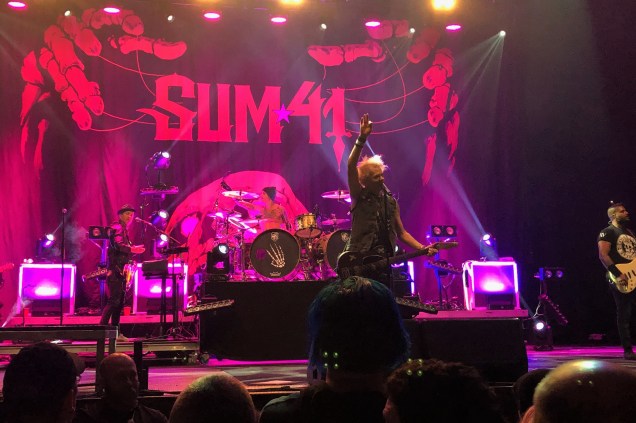 The groups The Offspring and Sum 41, legends of modern punk rock, were in Moncton for their Canadian tour, in front of nearly 4,200 people at the Center Avenir.

“These two groups are all my youth, says Thomas, a bit nostalgic. I came from Caraquet especially to see them, and I was not disappointed. The show is on point.”

The English alternative rock group Dinosaur Pile-Up had the difficult task of opening the ball before the appearance of the two giants, a mission which they succeeded with flying colors.

The first notes of The Hell Song by Sum 41 resounded in the amphitheater of the Center Avenir around 8 p.m. The group, originally from Ajax, Ontario, skilfully raised the temperature from start to finish, sometimes linking catchy titles and more pop ballads, such as We’re all to Blame Where Rooms. It was in front of a white-hot room that the Canadians finally ended their set with their greatest classics, from over my head at In Too Deep Passing by fat lipbefore concluding with great fanfare with Still Waiting.

After a fairly long intermission, the first protruding guitars of Offspring rang out from 9:30 p.m., in front of the jubilant crowd at the Center Avenir. The Californians got off to a strong start, relentlessly racking up their biggest commercial hits, such as Come out and play (Keep ‘Em Separated), Want You BadWhere Original Prankster. If the ‘kids’ of yesterday are not so young today, they still deploy an incredible energy live, and the public gives them back.

“Moncton, you guys are amazing, really, I can’t believe we haven’t been to New Brunswick before! We have to blame our manager!” joked Kevin Wasserman, the band’s guitarist, more commonly known as Noodles.

Same story with singer and founder Dexter Holland, who also seemed surprised by the overflowing enthusiasm of the crowd.

“You are a special audience,” he said. It feels like Saturday night, it’s impressive, what a night!

The spectators will have had to wait until the end of the concert to hear the greatest hits of Smash and Americana, Offspring’s two flagship albums. After a beautiful piano-voice interpretation of Gone Away by Dexter Holland, the group concluded with their three greatest hits, namely Pretty Fly (for a White Guy), Why Don’t You Get a Joband The Kids Aren’t Allright.

As the first people began to leave, thinking the concert was over, the Californians returned for a three-song encore, with singer Dexter Holland donning a Wildcats jersey for the occasion.

“I think your team is doing not too badly this season, right?” he said, amused, to an excited crowd.

After a few throws of inflatable balloons in the air, distributions of picks and sticks by the drummer and the guitarist, The Offspring left the stage, after almost an hour and a half of show.

“What a show!”; “the best concert of my life”, could be heard from the delighted spectators at the end of the Californians’ performance. 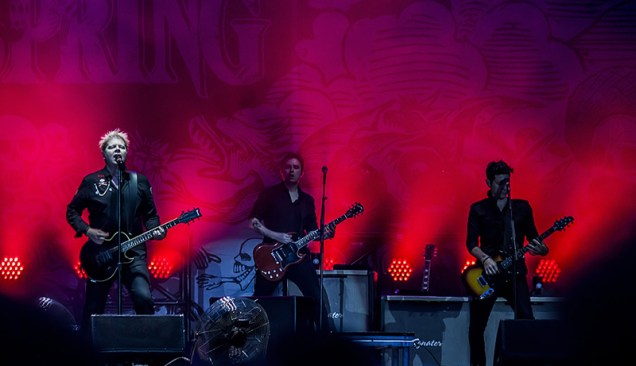 Formed in 1984, The Offspring is considered by the specialized press as the revival of punk music in the early 90s.

The group enjoys international notoriety thanks to the albums Smash and Americana, released in 1994 and 1998 respectively. The two albums would sell over 10 million copies each. In total, The Offspring have sold over 40 million albums worldwide.

Frequently citing Offspring as one of their main influences, Sum 41 was formed in 1996 in Ajax, Ontario by vocalist Deryck Whibley and drummer Steve Jocz, who has since left the band.

Propelled to the top by the album All Killer, No Filler, released in 2001, the group sold three million copies of the opus in about ten months. Erected as the next generation of the pop punk movement, the rockers subsequently released several successful albums. Thereby, Does it Look Infectedand chuck will be certified multiple times platinum in many countries.

Moncton was the second stop on Sum 41 and The Offspring’s Canadian tour, which wraps up Dec. 14 in Kamlopps, BC.

The Offspring and Sum 41 ignite the Avenir Center