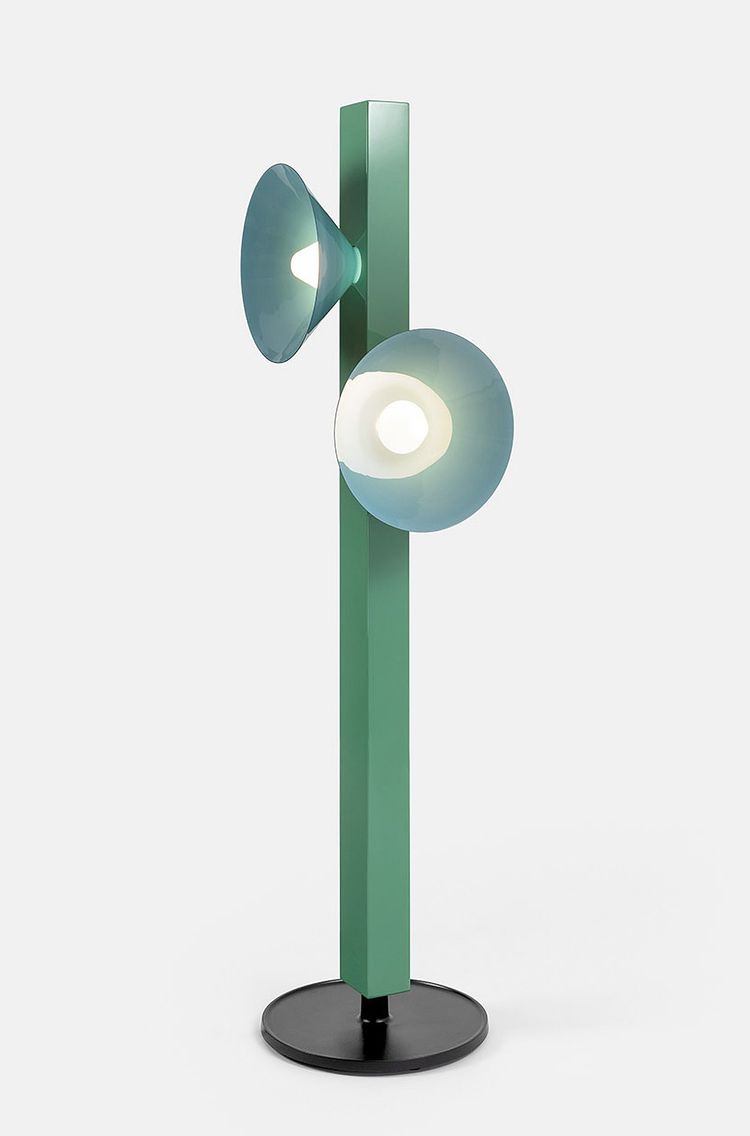 A pure studio product, a real fantasy machine, disco revolutionized the music industry like society’s taboos. On the vinyl tracks jostled vocal groups survivors of soul and gospel, interchangeable girl groups, black divas programmed to “orgasm” for hours, voiceless bodybuilder machos, sexy supermodels “yoghurting” lovemi-kissmi… Soundtrack of the night, the disco made the dance music feverish, etching in the memories of stainless tubes and places that have become mythical. A few seasons ago, the design firm Vitra, via the exhibition “Night Fever, Designing Club Culture 1960-Today” (2018), revived for the first time the design of American and European nightclubs, an aesthetic then amply taken up on the covers records and in fashion magazines. Scenographed and set to music by star designer Konstantin Grcic, “Night Fever” reopened the doors of some legendary temples such as Studio 54 and the Palladium or the Bains Douches. Opened in 1977 by Steve Rubell and Ian Schrager within the gigantic walls of the former CBS studios in New York, Studio 54 was decorated by Scott Romley and Ron Doud. Inaugurated in 1985 by the same duo, the Palladium, housed in a former cinema, owed its look to the Japanese architect Arata Isozaki with mural frescoes by Keith Haring, Jean-Michel Basquiat, Francesco Clemente… Rubell and Schrager will also entrust Andrée Putman the realization of their New York hotel Morgans, absolute manifesto of the black/white of the 1980s.

In Paris, in 1978, the Palace preceded the Bains Douches by a few months in the calendar of thundering openings. Coming from Sept, Fabrice Emaer had bought an old decrepit music hall which will remain in its own juice, the music mixed by Guy Cuevas and the clientele sufficient for the phenomenon. The creation of the Privilege club, under the Palace, will bring the Garouste into the decor: Gérard-the-painter for the walls, Elisabeth-the designer with Mattia Bonetti for the furnishings. More radically, the Baths, which belonged to a couple of antique dealers, will rock the Parisian nightlife in a new design dimension thanks to Philippe Starck, without this oukaze resembling any disco style, with the exception of the dancefloors with multicolored luminous squares and disco balls. An accessory around which the chandelier Régis Mathieu has just extrapolated the collection of “Crystal Fever” lighting in rock crystal placed under the assumed and asserted sign of disco. The same influence for Gabriela Sismann: high-flying antique dealer in Paris and a jewelry designer, her Instagram account connected to the Bee Gees with You Should Be Dancing to announce her new collections and related fiestas.

Announced by a few beginnings, the disco current in decoration is manifesting itself at all levels. Crowned Designer of the Year by Maison & Objet, the Milanese Cristina Celestino is one of its talented pioneers with her sensual shapes and solid colors seen at Fendi as well as with many Italian and Brazilian publishers (Etel). His wallpapers for the firm Misha refer to the visuals of the albums of the groups Ritchie Family (Brazil) or Kid Creole and the Coconuts. Before her, the much maligned Karim Rashid propels his hotels, restaurants and apartment decors into a permanent disco. Ditto with Rodolphe Parente, whose festive work is visible until October 30 in the former bishopric of Toulon, consecrated seat of the Design Parade Toulon.

One can also dig into the bins at Kartell (vases by Ettore Sottsass) or at Bitossi (ceramics by Karim Rashid, precisely) to extract tutelary disco pieces, referred to the Memphis current and as if coming out of a graphic palette of cover of albums by Lime, Lipps Inc., Change or Grace Jones. The disco atmosphere also passes through the light with the “Joy” wall lamps by the Italian duo Draga (Obradovic) & Aurel (Basedow), giant laser candy canes, or with the “Signal F1 Polychromatic” floor lamp by Barber & Osgerby produced at eight copies by Galerie Kreo. The idealized vehicle of all sexy impulses, the disco coats the decoration with sensual accents with, in particular, the “Kiss” seats by Sebastian Bergne for Pierre Frey. Finally, disco was the first triumph of electronics and a founding sound. The result was a computerized, pixelated, proto-digital aesthetic, visible on vinyl covers and which then inspired many designers of the Memphis group. Presented in Paris last September at the Hotel de Soubise, the D3Sign Capsule operation aimed to project decoration into a digital future with several teams made up of well-known and recognized designers and 3D artists. Among them, the designer Sam Buckley and the digital artist Anthony Authié (Zyva Studio), creators of the “Hexominoes” armchair as taken from a record cover by Giorgio Moroder, inventor of Munich Sound, producer of Donna Summer and magician of the world electro-dance.

In 2000, Kylie Minogue sang Your Disco Needs You at the top of her lungs. A tube co-written with Robbie Williams and which urged his fans to take matters into their own hands and in French: “You are never alone! You know what to do! Don’t let your nation down! The disco needs you!!! “And the decor too…

The new days of disco