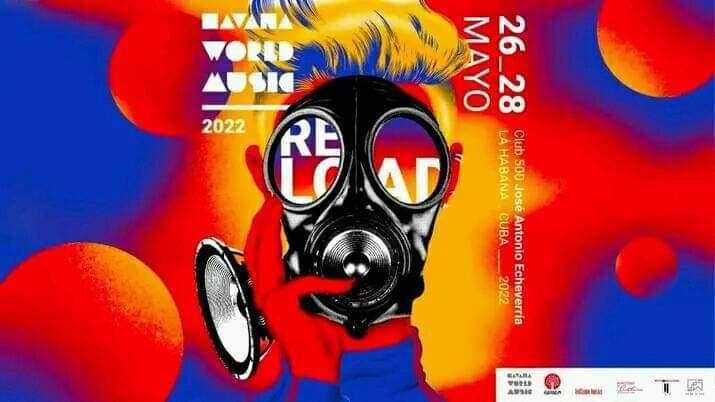 The organizing committee of the Havana World Music Festival announced that, due to weather conditions, it is readjusting its concert program, which was scheduled to start this Thursday with the presentation of artists from Germany, Canada and Cuba. According to the organizers, they will soon announce the new dates and venues of the shows on the festival’s social networks. Among the local musicians and bands present at this edition, Real Project, X Alfonso, Nube Roja and Haydée Milanés stand out.

Order for Cuban Culture praises the work of international poets

The Turkish poet Ataol Behramoglu and the Peruvian writer Hidelbrando Pérez hold the Order for Cuban Culture, a distinction that recognizes their prolific careers and contributions to the island’s artistic scene. From the hands of the Minister of Culture in the Caribbean nation, Alpidio Alonso, both intellectuals received the award, which, they assured, constitutes an honor and an important recognition of their work. Within the framework of the Havana Poetry Festival, Pérez, also a researcher and teacher, thanked the Cuban government and people for this distinction, which honors Peruvian poetry and our entire Andean country.

Havana Biennial presents the Day of Italian Design in Cuba

The III Design Biennial of Havana, focused on the promotion of this art and its value for economic development, dedicates its program to the celebration of Italian Design Day in Cuba. The main venue of the exhibition circuit for the event is the Habana Espacios Creativos project, a cultural center dedicated to the management of innovative proposals assumed by young people, in the fields of arts, communication and new technologies. From the ReDi Center – Professor Roberto Gottardi Architect Workshop, the agenda included the intervention of the specialist of the Caribbean nation Gisela Herrera, director of the National Office of Design and Giulio del Federico, Deputy Head of Mission of the Italian embassy in this capital.

The XX Cuban Festival of the Peasant Song “Luis Gómez in Memoriam” will take place until May 29 in the province of Cienfuegos to pay tribute to the King of the Song Carvajal, and to the singer Celina González. Modesta González Cejas, communicator of the Provincial Directorate of Houses of Culture, declared that the meeting will also be a recognition of the Pinar del Río tune, and therefore exponents of the genre from the western and central zones of the country will participate. She indicated that with actions in Cumanayagua, the activities will also take place in institutions such as the house of culture that bears the name of the bard and in the House of Grandparents of Caunao.

With the movie The oldest opened the thirteenth Minnesota Cuban Film Festival, an event that will show the American public outstanding productions of the Caribbean island’s filmography. Until June 30, Cuban films will be screened every Thursday at the MSP Film at The Main, in Minneapolis, and then there will be debates on the works, according to the organizers. On June 2, the hugs will be screened, by Jonal Cosculluela and Maritza Acosta, a documentary with stories of Cuban doctors who fought the Covid-19 pandemic on the island. Likewise, La Emboscada, by Alejandro Gil, is chosen for the night of June 9 in the MSP Film at The Main room.

Different facets of the personality of the historical leader of the Cuban Revolution makes available to the reader the text Fidel Castro Ruz, anecdotario, one of the titles presented on the opening day of the thirtieth edition of the Book Fair in the province of Granma. His thought is today more essential than ever, affirmed the member of the Central Committee of the Communist Party of Cuba and first secretary of the political organization in the territory, Yanaisy Capó Nápoles, who was in charge of the introduction to the work of the professor and researcher Solomon Susi Sarfati.

The American actor Ray Liotta died this Thursday at the age of 67 in the capital of the Dominican Republic, where he was filming a movie, confirmed from the Dominican General Directorate of Cinema. The first information indicates that Liotta died in his sleep, although the source specified that they are awaiting the official report on what happened.

French justice put the former president-director of the Louvre Museum Jean-Luc Martinez under investigation for money laundering and complicity in organized fraud, in relation to the trafficking of antiquities from the Middle East, judicial sources reported. Martinez, current ambassador for international cooperation in the field of heritage, was in charge of the Louvre between 2013 and 2021 and during his mandate acquisitions of archaeological works were carried out “for several tens of millions of euros”, whose certificates of origin could have been falsified.