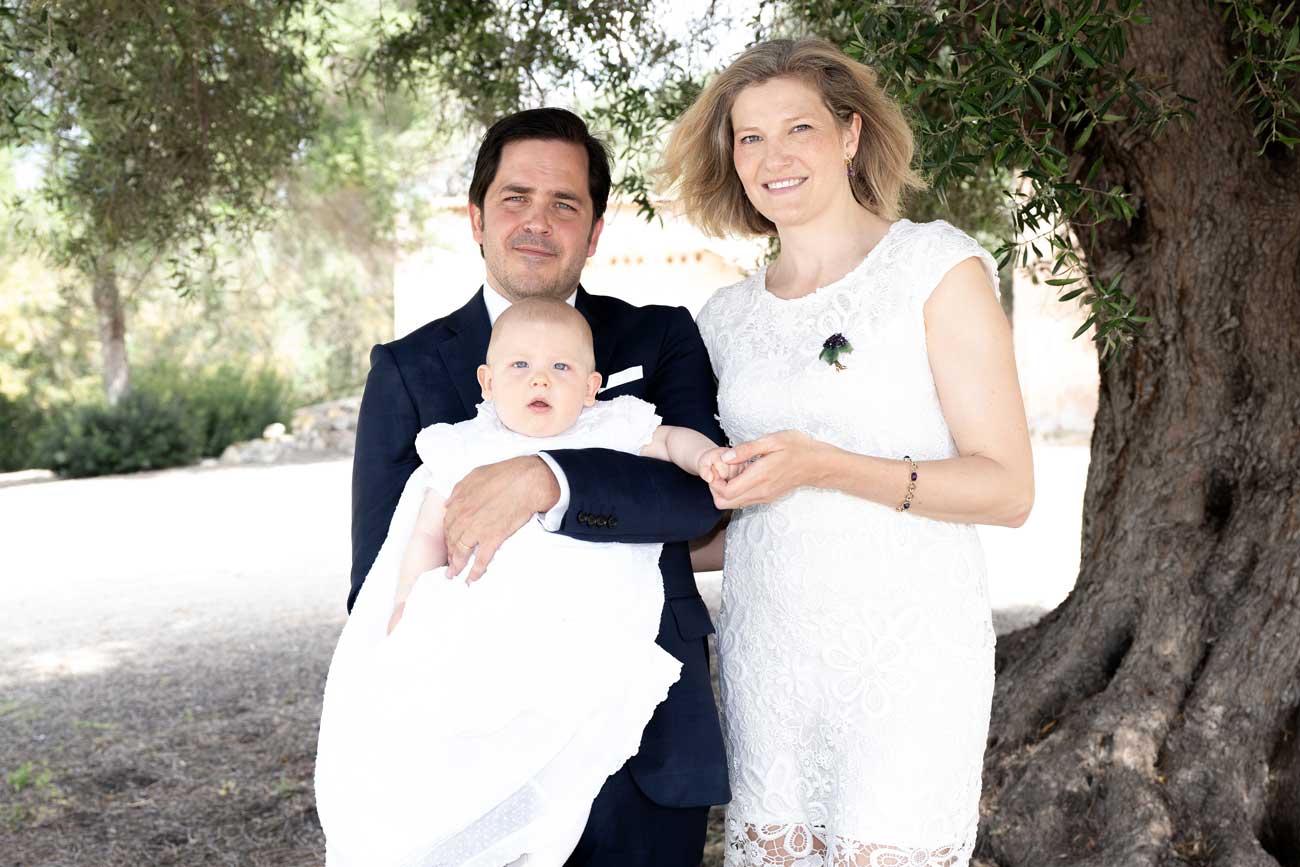 On April 30, 2022, Prince Raphaël of Orléans entered the Christian community. After attending the anointing of holy chrism in the San Nicola church in Palma de Mallorca, the guests of the Count and Countess of Dreux were invited to gather around a paella.

A Mallorcan baptism and a party that continues around a paella

Prince Raphaël Léopold Pedro François Marie d’Orléans was baptized in the San Nicola church in Palma de Mallorca on April 30, 2022. About 30 people attended the baptism of the third child of Prince François and Princess Theresa, count and countess of Dreux.

After the religious ceremony, the guests continued this magnificent sunny day around a paella. Baroness Regina von Bernewitz, Princess Marie-Hélène of Isembourg-Büdingen, Prince Pedro de Bourbon des Deux-Sicilies, Duke of Calabria, designated as godfather and godmothers of the little prince, were at the head table.

The four grandparents of the young baptized had made the trip to Majorca, where Prince Francis settled with his family and where he works as a landscape architect. The paternal grandparents are Prince Michel and Princess Béatrice d’Orléans. Divorced, Prince Michel was accompanied by his lovely wife, Princess Barbara. On the maternal side, the grandparents are Baron Curt-Hildebrand von Einsiedel-Wolftitz and Countess Amélie of Württemberg, Princess of Urach.

Read also: Communion of Princess Isabelle of Orléans with the Cross of Asturias offered by King Felipe VI around her neck

As for the little ones, the first two children of the Count and Countess of Dreux ate their paella with the help of their grandmother. Princess Béatrice helped her grandchildren, Prince Philippe and Princess Marie-Amélie, to peel some prawns. They didn’t have to be asked to eat their ice cream for dessert.

Prince Michel d’Orléans has found one of his daughters, Princess Adélaïde, herself coming with two of her three children, Diego and Gaetano Dailly. Finally, Louis-Nicolas Crépy, Prince Michel’s eldest grandson, was very happy to attend the baptism of his cousin, who is the youngest of Prince Michel’s grandsons.

Nicolas Fontaine has been a freelance web editor since 2014. After having been a copywriter and author for numerous Belgian and French brands and media, he specialized in royalty news. Nicolas is now editor-in-chief of Histoires royales. nicolas@historiesroyales.fr