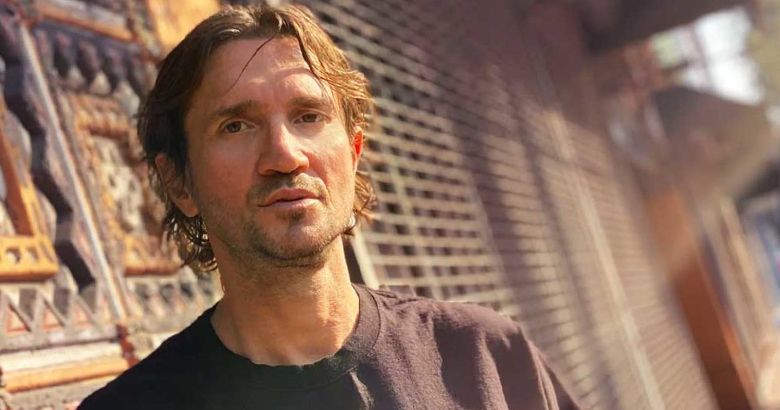 In 1992, one of the most painful moments of Red Hot Chilli Peppers on live television, where the main antagonist turned out to be the guitarist John frusciante. What happened is that he chose to play poorly that day. Remembering this, the singer Anthony Kiedis mentioned the following: “I felt like I was stabbed in the back».

• READ ALSO: John Frusciante spoke of his departure from RHCP in 2009: “I became mentally unbalanced”.

In the history of music, there have been different cases in which musicians decided not to continue their careers in the industry. Either for having built an extensive life in it or for not supporting what it entails to venture into this great focus of attention. If you have the great desire to achieve fame, you also have to have the same level or higher to withstand what it brings.

In the particular case of the guitarist of Red Hot Chilli Peppers, fame was present from the moment he joined the band with only 18 years. Although it is true that the popularity for the group increased after releasing the second album of Frusciant with RHCP‘Blood Sugar Sex Magik‘ (1991). Both radios, television stations, promoters, magazines and record labels began to pay more attention to them.

Faced with such an increase in fame and a new lifestyle “thanks” to music, John frusciante he only managed to fight her. And that’s how she got to that day when he decided to hit the notes wrong during a presentation on the program Saturday night Live. The sabotage that he did mainly resulted against Anthony Kiediswho had to accommodate to the new and random notes he played Frusciant.

At that time, a young Frusciant demonstrated his discomfort with rising fame through the song that grabbed popularity from the 1991 album, “under the bridge“. And about this he mentioned Anthony Kiedis in the book “scar tissue” (2004), remembering that bad episode that occurred in the television program.

• READ ALSO: Anthony Kiedis on John Frusciante’s first departure from RHCP: “He said, ‘It’s not for me, it’s too much'”.

«I had no idea what song was playing or what key it was in. It seemed that she was in a different world. We were on live television in front of millions of people and it was a torture. I started singing in what I thought was the key, even if it wasn’t the key I was playing in».

«I felt like I was stabbed in the back and hung out to dry in front of the whole of America, while this guy sat in a shadowy corner, playing a dissonant, off-key experiment. I thought he was doing it on purpose, just to fuck with me».

Elsewhere, the singer shared words of Frusciant: «We are too popular. I don’t need to be at this level of success. I’d just be proud to be playing this music in the clubs you guys were playing two years ago.».

• READ ALSO: Red Hot Chili Peppers talk about the return of John Frusciante and the difference with Josh Klinghoffer

Departure of John Frusciante from the Red Hot Chili Peppers

The hits the album got ‘Blood Sugar Sex Magik‘ ended up overstepping the limits I could bear Frusciant. That record sold 7 million albums in the United States alone and more than 13 million worldwide. These are really overwhelming numbers for a person who was just starting out in the industry and was not prepared for it.

And like any fan of Red Hot Chilli Peppers You know, the guitarist decided to leave the band abruptly in that same year, 1992. Once Frusciant mentioned that the band’s popularity had been “too high, too far, too soon. Everything seemed to be happening at once and I couldn’t face it».

• IT MAY INTEREST YOU: Flea says his relationship with Chad Smith is different: “We don’t go out, we never have”.

Perhaps John Frusicante he felt more comfortable with the midrange he achieved on the first album he made with the Red Hot Chilli Peppers‘Mother’s Milk‘ (1989). However, the future for the band turned out to be higher levels.

His departure from the group ended with his return in 1998, after Frusciant finished his drug rehab. Although later he left the band again, we all knew that at some point the classic and definitive quartet was going to appear again in the rehearsal rooms, create new music and have them back on stage today.

• IT MAY INTEREST YOU: Flea on Foo Fighters’ Taylor Hawkins: “He was a kind, generous, funny guy”.

We share the video in which John frusciante sabotages Red Hot Chilli Peppers (If not available, just CLICK HERE TO SEE IT):