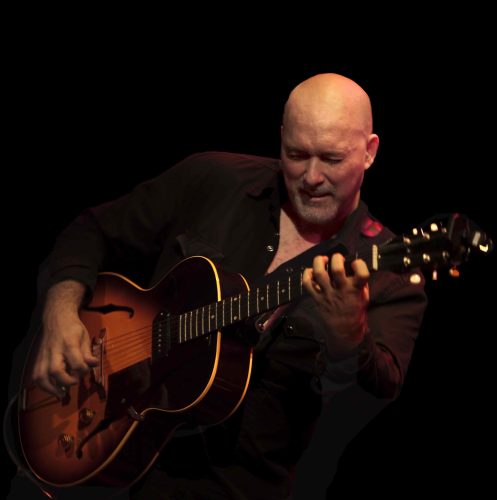 Three of the most virtuoso guitar players of jazz, blues, rock and flamenco will be part of a new edition of ‘Guitarra En Estado Puro’. A cycle with which the Department of Culture and Education of the City Council of Almería wants to offer the experience of the best creators both to professionals of the instrument, as well as to amateur experts, as well as to those who want to start in the field since each one of the appointments has a previous clinic – masterclass and, later, a concert to demonstrate in practice everything discussed in the talks.

This year’s edition will take place during the last three Fridays of October. On the 14th with Paco Rivas from Almería, on the 21st with Santi Campillo from Murcia and on the 28th with Mercedes Luján from Lorca. They will be with free admission (previous reservation can be made through from 8:30 p.m., at the ‘Antonio de Torres’ Guitar Museum. All this within the framework of the area’s autumn program.

The Councilor for Culture, Diego Cruz, considers that “it is a real luxury to have this trio of aces for this year’s edition. They are true masters in each of their subjects. We know Paco Rivas closely and his experience from the legendary nights at Georgia Jazz Club. Santi Campillo is an institution within rock, from being a founding member of M-Clan, with whom he recorded his first three albums, to his solo work and as a producer. And Mercedes Luján is a breath of fresh air in the world of flamenco, whom we have been able to see at our festival, along with María Vargas, in the show ‘Entre Flamencas’ or even this summer, collaborating in the concert offered by Malú in the last fair.

The activity reinforces another of the fundamental pillars of the Culture Area, such as offering Almeria residents quality programming aimed at the largest possible number of audiences. For this reason, in addition to having great names in music or theater or supporting creators from Almería, there are also cycles and more specific activities, ‘of genre’, such as the cycle of Sacred Music, the Jazz Festival, the days of Theater of the Golden Age, the Flamenco and Dance Festival and a long etcetera.

Paco Rivas. He entered the Royal Conservatory when he was nine years old, beginning his studies in music theory, harmony and classical guitar. In his teenage years he is highly sought after by the bands in his city, thus tanning himself on stage. During these years, moreover, his passion for jazz and black music led him to consolidate his first group, Indal Jazz Quartet, with which he became known. In the following years, without ever abandoning his jazz career, Paco Rivas broadened his musical range by coming into contact with flamenco. As a result, he will perform with great names in flamenco such as Tomatito and Enrique Morente among others. After going through several bands and recording and playing with artists of various styles on the national scene such as Jorge Pardo, Antonio Serrano, Jerry González, Antonio Orozco, Sergio Contreras, Txexo Bengoetxea, Antonio Carmona, Pasión Vega or David Bisbal, he published two solo albums and forms a new project, Ole Swing, with whom he releases two more albums.

Sant Campillo. When he was 11 years old, his father gave him his first guitar, thus discovering the instrument that would mark his life and be the key to his success. In 1988 with the Rock & Roll group Los Hurones, he recorded his first album for Emi / Hispavox. He was a founder of the group M*Clan; After recording several albums in Memphis (USA), Toronto (Canada) and Les Landes (France), with Warner Music, the band achieved fame and emerged as the greatest composer and person in charge of the southern sound, being considered since then as one of the the great exponents of the Blues-Rock guitar of Spain. He was also a member of top bands such as Rebeldes, Revolver, Los Enemigos and Pistones, he has collaborated and shared the stage with Raimundo Amador, Bunbury, Javier Urquijo, Coque Malla… In his concert he will be accompanied by none other than Oneida James, bassist for Joe Cocker for thirteen years, among others, and Joaquín Bermejo ‘Minidrums’ on drums, having accompanied Pepe Bao, Muerdo, Buddy Whittington and Campillo himself.

Mercedes Lujan. Mercedes Rocío Sanguiao Horneros (Mercedes Luján) comes from a family of artists. Born in Lorca, she is the daughter of copla singer Rosa María Luján and radio host Luis Terry. She began her training at the hands of her paternal grandfather, the Jerez-born guitarist “Maestro Palmita”, awarded by the Jerez de la Frontera chair of flamencology and a student of Javier Molina himself. As a solo guitarist, she has given concerts in numerous theaters and festivals, inside and outside our borders. Despite his youth, Luján has accompanied voices of great flamenco authority such as Rocío Márquez, Sorderita, Pedro El Granaíno, María Vargas or the maestro Juan Valderrama, with whom he worked on the women’s project tour of ‘Carne y verso’ , also collaborating with the record work of the same name. She was the first female guitarist to give the image to a flamenco poster as important as that of the Lo Ferro flamenco festival, also appearing in the film ‘Tocaoras’ by Alicia Cifredo, a documentary where she realizes the invisibility of female guitarists. She is currently preparing the release of her first solo work, from which the single ‘Now or Never’ has advanced.