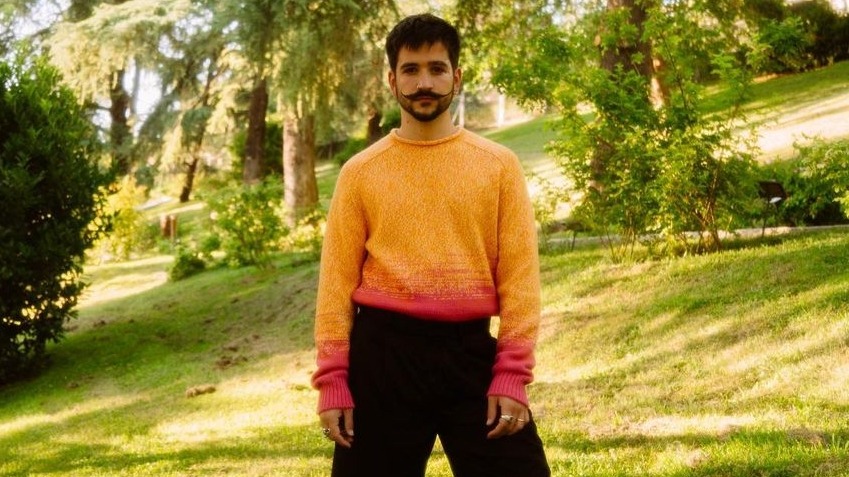 Earlier this month Camilo realized his joy for the concert he was preparing for October 9 in Madrid (Spain), the Colombian singer had a musical presentation specifically scheduled in the popular Puerta de Alcalá. In this way, in those days the interpreter of ‘Hands of scissors’ wrote from his Instagram account. “… It’s something I’ve been fantasizing about for a long time, free entry, free, in a beautiful, huge, iconic place. It seems like a dream”.

And well, the appointment was fulfilled last Sunday; Camilo Echeverry arrived and sang before more than 80 thousand people. His presentation was so successful that the artist defined this show as: “The greatest concert of my life”. Then, again using his social networks, this Monday, October 10, she shared a video with which almost the step by step of his concert was captured.

Thus, in the course of the clip the interpreter of ‘Mareado’ was also seen arriving at the place, people were caught running desperately towards the Puerta de Alcalá to see him, fragments of what his show was as such were included , it goes without saying that had some guest artists such as the Spanish Pablo Alboránwith whom he has a song called ‘The same air’.

At the same time that all these images were shown, the following text was placed on them: “We had the opportunity to do an open, free and free concert in Madrid. It was at the Puerta de Alcalá, one of the most iconic places in the world. We made the appointment to meet the Tribe (their fans)… and more than 80 thousand people came. People gathered even at the Cibeles Fountain and in the Retiro Park… a lot of streets were closed around it... it was a celebration of love and diversity, togetherness and joy.”

It is noteworthy that Camilo Echeverry’s show was developed within the framework of the celebration in Madrid for Hispanic Day, a tribute to all cultures whose mother tongue is Spanish. This celebration includes multiple activities that have been presented since October 4 and will conclude this 12 of the same month.

To finish the summary of his recent musical presentation in Madrid, Camilo also expressed in his video: “The biggest concert of my life so far. Thank you tribe, thank you Madrid. A day I will never forget.”

Here is the video shared by Camilo about his successful concert at La Puerta de Alcalá in Madrid (Spain):

“The biggest concert of my life”, Camilo celebrates the success of his free show in Madrid

It should not be left out that in addition to having invited Pablo Alborán to his show, Echeverry -as is customary in his concerts- also invited his wife Evaluna Montaner, who, in addition to being a singer, also works as an actress. From her social networks, the Venezuelan thanked her partner for having included her in her presentation. “Thank you Camilo for inviting me to live this with you. Thank you Madrid for a dream day close to you. I love you,” she wrote on her Instagram profile.

Currently, Camilo and Evaluna are one of the most popular couples in Latin American entertainment. They constantly draw the attention of the public and the media not only for all the love that they publicly show, but also for their musical projects, several times they have released songs together, the last one was ‘Indigo’, in October 2021. That was precisely what they called their firstborn, who was born last April.

“A little piece of a finger was left on the floor”: Maleja Restrepo after an accident that Tatán Mejía had while cooking
Shakira’s new love would be Colombian and athlete, assured Mhoni Vidente
This is how Yeferson Cossio opened a beer can with his head

“The biggest concert of my life”: this was Camilo’s free presentation in Madrid