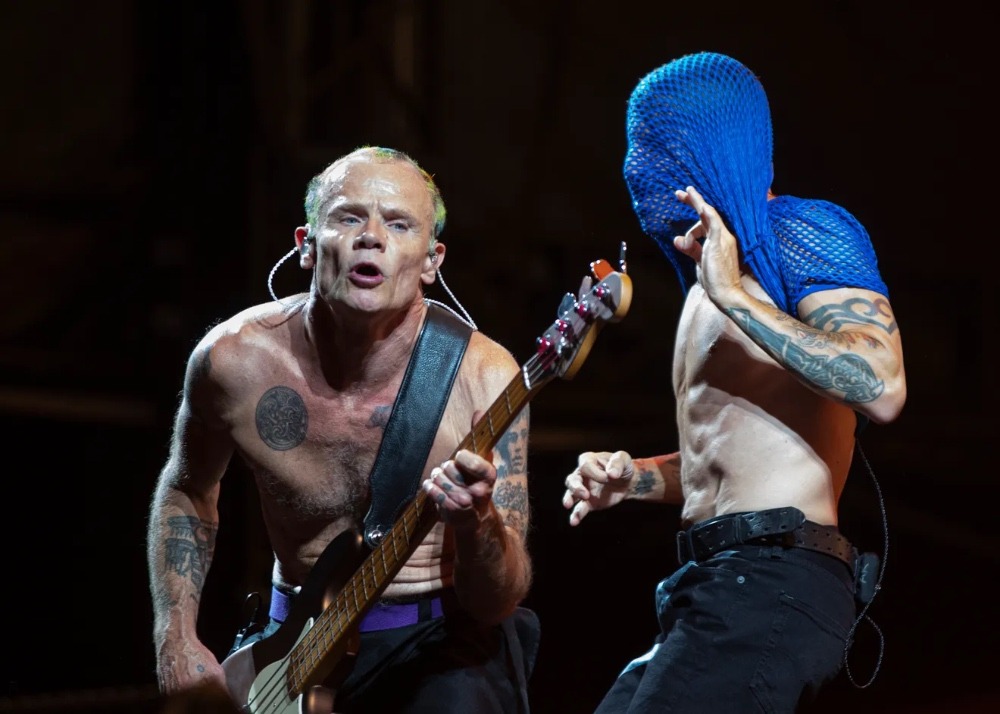 Austin City Limits has the virtue of liquefying the essence of a city like Austin and present it to the world with a radiant echo of freedom, love and music. For two weekends, six days, in the downtown Zilker Park Music lovers of all classes, religions and sexes will coexist in an atmosphere of freedom and respect that is denoted in its eclectic lineup. The immortal folk of Nathaniel Rateliffthe pop of Pinkthe LGTBi rap of Lil Nas Xthe class of james blakethe new hip hop embodied in SZA Y Princess Nokiathe elegance of Arlo Parksthe indie of Paramore, The Marias, War On Drugs either Death Cab for Cutie and state-of-the-art electronics flume either Zhou await us at a festival that has an unbeatable finishing touch with the legendary Red Hot Chilli Peppers. All of them will embody that hippie and rebellious spirit that embodies this city known for its motto Keep Austin Weird.

We review some of the stellar names that will collapse Austin during this month of October, from 7 to 9 and from 14 to 16, that we will live intensely and that we will tell you through our social networks and the website of Crazy Minds.

Legends with a new album under their arms

The band from Los Angeles will arrive at Austin almost no time to dust off his latest album, Return of the Dream Canteen, which will be released on October 14, in the midst of the festival. From the Shangri-La studios to the stage of the ACLs without removing the seal. It is the second album of the Red Hot this year, so it is presumed that there will be two concerts to remember by all their fans, although there will be a review of a career of almost 40 years that has marked a before and after in rock .

The revival of Folk

No matter what band this big man from St. Louis travels with, when his raucous voice and provocative riffs dust off the best of old American folk, the party’s on. The prestige gained based on great songs and memorable performances precedes him. Despite the brilliance of his scattered albums on different labels, most with Stax, he has always navigated between hype in the underground and being an underrated artist in the mainstream. But the likes, views and listens on Spotify don’t matter when a guitar roars in an environment like Zilker Park. One of the top events of this edition without a doubt.

How difficult it is to label James Blake. It happens to all geniuses and in this case it could not be less. It doesn’t matter if he collaborates with Travis Scott, with SZA or with Rosalía or the variety of genres that he reinvents on each album, his thing is to provoke emotions. His seal is impossible to imitate and is unmatched by almost anything. In concert, the boy from Enfield is pure satin, a fresh air that cures any ill, from nostalgia to heartbreak. A sound delight in the middle of the park.

The music of Phoenix is ​​a Versailles garden, as rich in nuances as the Baroque of the palace by which everyone knows the town they come from. In recent decades they have been able to pick up the baton of the always varied and talented French music scene to not only be its standard-bearer but to be the icon of a new European independent rock that sets trends worldwide. A reunion with the Phoenix is ​​another of the great gifts of this festival Amazing.

If you have been to the United States recently, it is likely that someone has given you the embers with SZA or you have found it on the radio of an Uber or on the background music of a supermarket. It’s incredible that with only one studio album but with outstanding collaborations with Doja Cat or Ty Dollar Sign it has made so much noise. The great hope of rap arrives from San Louis awaiting her long-awaited second album, which will lead her to superstardom and with a melodic rap related to the most commercial pop that has led her to close the festival on Friday as headliner. Make way for SZA.

Arlo Parks has something that hooks. The Londoner popped into 2019 with a pair of hulking EPs that previewed his talented first and so far only album. His Nigerian, Chadian and French roots and his life in England have offered him endless references and it is for this reason that each of his songs is a fascinating compendium of folk, pop and urban sounds that make him close to many things, from Portishead to Radiohead, with so 22 years. A multicultural delicatessen.

If anyone can boast of having been an absolute benchmark in Indie, it’s this band from Washington. And if we add Ben Gibbard’s Postal Service to them, we are facing one of the most prolific and influential bands of this century. They arrive in Austin with their new Asphalt Meadows under their arms, an album that sublimates their 25-year career. A piece of music history will take the stage at Austin and we will be there to enjoy it.

Old Time Road changed everything. Then came his controversial and fabulous Montero to change the skin of rap and open minds throughout the world. But few know that this star who has transformed rude Atlanta rap into a luminous LGTBi statement is perhaps the greatest exponent of the new times. His career began not in a roadside bar playing to a disenchanted clientele but on Twitter. Lil Nas went viral on that social network running a Nicky Minaj fan account. From there he went to SoundCloud, from where he made Old Time Road viral, which led Miley Cyrus’ father, country legend Billy Ray Cyrus, to do a joint version and hit the charts around the world. That was the beginning of a meteoric career that has left behind a great album, spectacular videos, a cascade of awards and the certainty of finding ourselves before one of those artists who will mark a genre like Rap.

The most avant-garde electronics comes from Australia. With Flume, the Austin City Limits He gives us the dose of timba that every good festival requires. The Australian artist has specialized in the difficult task of producing and improving great songs for great musicians such as Chet Faker, Lorde, Disclosure, Caroline Polachek or Toro y Moi. In all of them his basses fill any room with elegance. For select dancers only, Flume will challenge our hips mercilessly.

the queen of harlem

Things always happen in New York and Princess Nokia is a good example of it. The New York rapper talentedly mixes rock, soul, funk and rap creating a very peculiar sound universe. She hooks the first listen and shows in short but intense songs the musical legacy of her neighborhood, Harlem. She is a blender of styles that she surprises with cheeky lyrics and urban, catchy and totally addictive rhythms. A street party in Austin.

The band from Tennessee has the ability to fit at least one of their songs into any playlist with good taste. It is not surprising. They have everything you need to create perfect songs. The voice of Hayley Williams, the catchy but forceful rhythms of Taylor York and Zac Farro and their acid lyrics coexist in an explosive cocktail that has known how to evolve just like the times. From power rock to the craziest pop. Every era of Paramore has been fascinating and it won’t be less so to find this musical review of 21st century alternative music in the heart of Austin City Limits.

Michelle Zauner’s band is the latest hit on the indie scene, which has led them to win a more than deserved Grammy. Her experimentation has taken Indie to a new stage. Despite having common meeting points with artists and bands from the previous generation, Japanese Breakfast has been able to give a more daring and noisy point to an American Indie that needed new faces willing to experiment. Michelle knew how to liquefy the death of her mother in a beautiful debut album back in 2016 called Psychopomp that has uncovered the jar of essences, being the precursor of two more albums and a more than interesting career.

The face of the new Los Angeles pop is undoubtedly María Zardoya. This Puerto Rican dares with everything, from covering Bad Bunny’s Dakiti to creating a sophisticated and unique sound, which drinks from the most experimental pop, soul, rock and Latin rhythms. The combo sits very well on the ear and presents you with an acoustic delight with a sultry, suggestive voice and melodies meant to sound great. Despite having only one studio album and a handful of singles and EPs, The Marias have made a lot of noise in Los Angeles and are beginning to be a benchmark for new American pop.

The Austin City Limits it is unfathomable. We briefly review other essential names that give luster to its spectacular poster. See you in Austin! Don’t forget to follow us on networks so you don’t miss anything.

The Austin City Limits Festival returns with a fascinating lineup