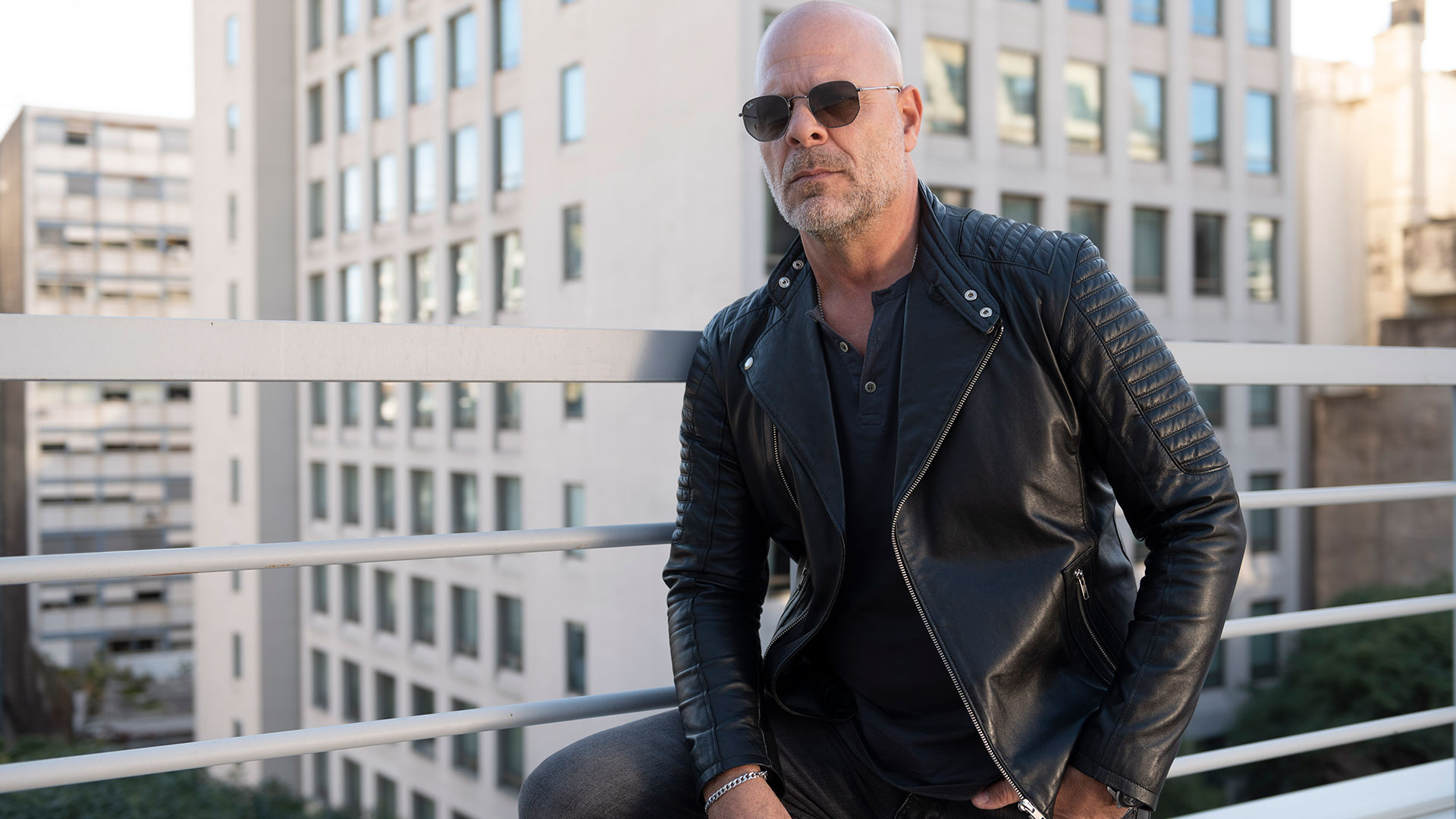 It’s almost seven in the morning and there are still more than four hours to catch the plane to Panama. Although it is recommended to arrive at the airport three hours before, he knows that between the photos and videos that they are going to ask him for, he will not have time to spare.

As soon as he gets out of the taxi that took him to Ezeiza, several people take out their cell phones and start filming him. A couple approaches him and asks in English if they can take a selfie, while others yell at him from afar: “Great Bruce”. A lady runs up and asks for a greeting for her husband who is a fan of her movies. People are piling up and she still couldn’t check in. What seemed like a simple task now became a mission worthy of John McClane: getting on his work flight on time.

It could be any scene from any given day of any Hollywood star. But this is the life of Pablo Perillo, an actor who, in addition to being 54 years old and being Argentine, is identical to Bruce Willis: the shape of his head, the bald head, the gray beard, the physical build, the thickness of his muscles, the posture, the gaze, the hands, everything gives the feeling that he was molded in the image and likeness of the protagonist of Sexto Sense.

The most skeptical would say that the hand of a surgeon passed through his body, but no. Pablo remarks that their resemblance is 100% natural. “People told me I had the same mannerisms and dressed the same when I didn’t even know who Bruce Willis was. I never wanted to imitate anyone, nor transform myself into another person“, said.

Pablo Perillo is thirteen years younger than Bruce Willis. “I have the image of the Bruce that everyone wants to remember, when he was a little younger,” he said.

It does not generate boredom or bother you. On the contrary, it squeezes people’s confusion to the maximum. To the point that her physical resemblance to the famous actor allowed her to travel the world, sleep in the best hotels, surround herself with celebrities and have an extensive list of anecdotes. “At first I didn’t want to know anything, when you start your career you want to do your own and it’s very difficult for you to say what you have to do as someone else. But in this case there was a circumstance where I look like someone without realizing it, “said the man from La Boca.

In the early 2000s, when I was working on theater performances under outdoors and the comments about his physique were more and more recurrent, Pablo entered a contest organized by TNT where he was looking for people who looked like Hollywood stars. The prize was a trip to Los Angeles and an invitation to the SAG Awards, one of the most important events in the world film industry. Among a large number of participants, the Argentine was the winner.

“It was all crazy, a limousine took me to the red carpet, I entered the place as if I were Bruce. Everyone yelled at me and took pictures of me.” Although he tried to do it with extreme caution and a low profile, he took advantage of the real Bruce Willis was not going to be present at the awards and played him for one night. “Everyone was there, from Denzel Washington to Halle Bery. When I saw Sting I hugged him and said ‘I love you’ (I love you) and he replied ‘I love you too’ (I love you too). Then Kiefer Sutherland greeted me but with a strange face. And the best of all was when I ran into Rob Lowe in the bathroom. There I couldn’t contain my Argentinity and I yelled at him ‘What are you doing Rob Lowe?’. He laughed and we took a picture,” he recalled. 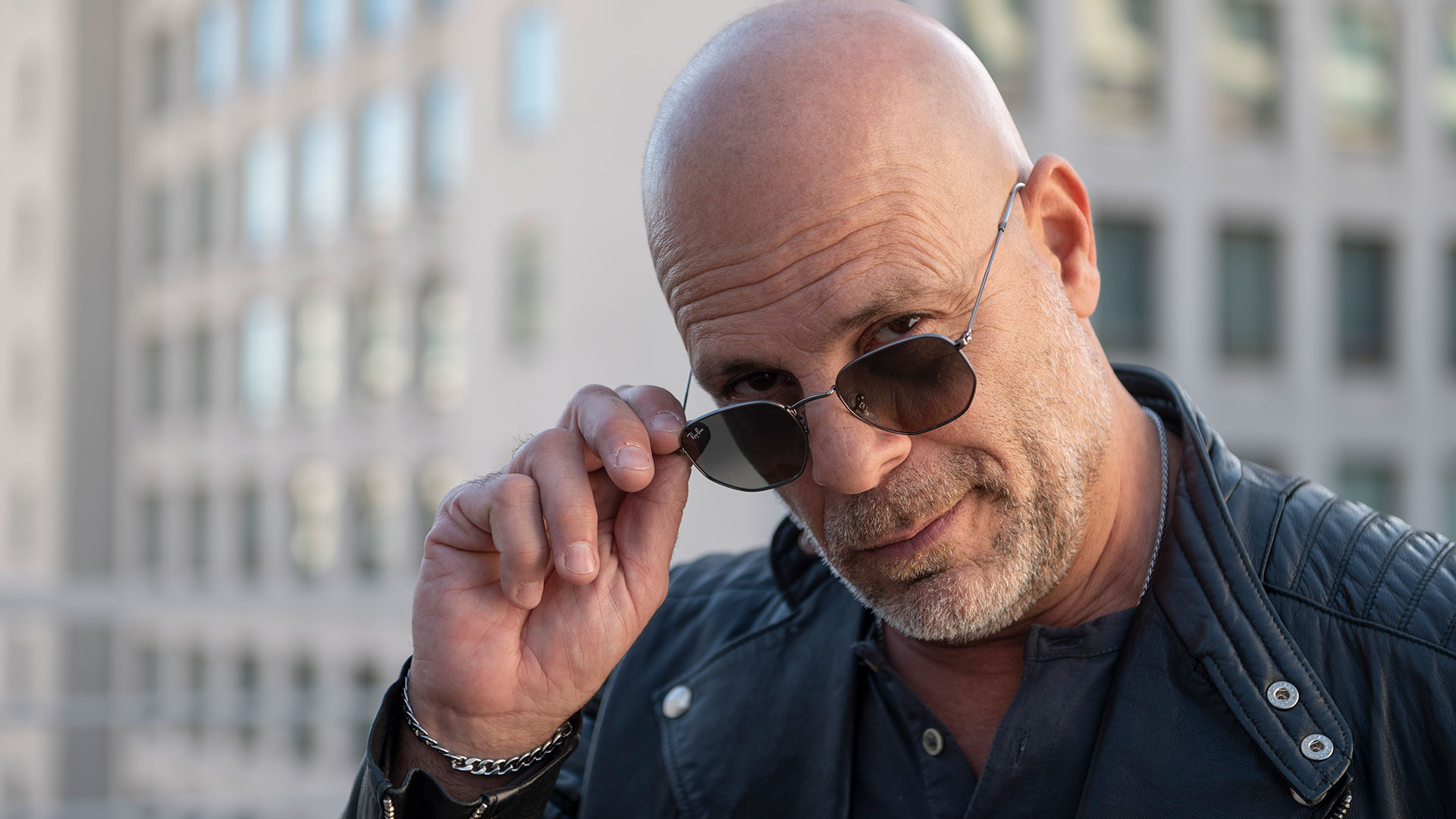 “I always did things of good quality to represent him in the best way. But I am very grateful because thanks to him I was able to travel, he opened many doors for me, I grew a lot,” says Pablo (Photos Cristian Gastón Taylor)

Apart from the laughter and memories, that night was the one that finally opened the doors for him to live from acting but as a double. “I began to look for important brands to do commercials, I traveled, I went to work in Panama for many years, there arose more possibilities for work regarding their image.”

As much as in all the recordings he played people who seemed to be Bruce Willis, until that moment no work was directly related to the Armageddon actor. Until in 2017 he got the big opportunity: “His production company contacted me and I traveled to Budapest because he is the image of a very important drink in Hungary. At that time Bruce was very busy and they sent me to do the marketing for the brand. They introduced me as if he were Bruce Willis and he was staying at a very important hotel, which happened to be where Arnold Schwarzenegger was also staying because he went to record terminator. Everyone was at the door looking for him and well me”.

When asked if he ever jumped from one building to another or if he recorded a scene on fire, Pablo clarifies directly that his work is not risky. He is defined as a personal double, where his function is to confuse by his physical resemblance. Although the similarity of the features is surprising, it should be noted that the Argentine is thirteen years younger than the actor born in Germany and that difference is noticeable in the face. “I have the image of the Bruce that everyone wants to remember, when he was a little younger“, he claimed.

In June of last year, when everything was on track to participate in five films (one of which was going to be Paradise City, where John Travolta also acts) and was going to meet the real Bruce in person (finally they only had zoom meetings), the difficulty of accessing an authorized vaccine to enter the United States cut short his dream. To this was added that in the following months, the star of 12 Monkeys announced that he was retiring from acting due to suffering from aphasia, a cognitive disease that, among other things, involves a disorder of language and spoken or written communication skills. 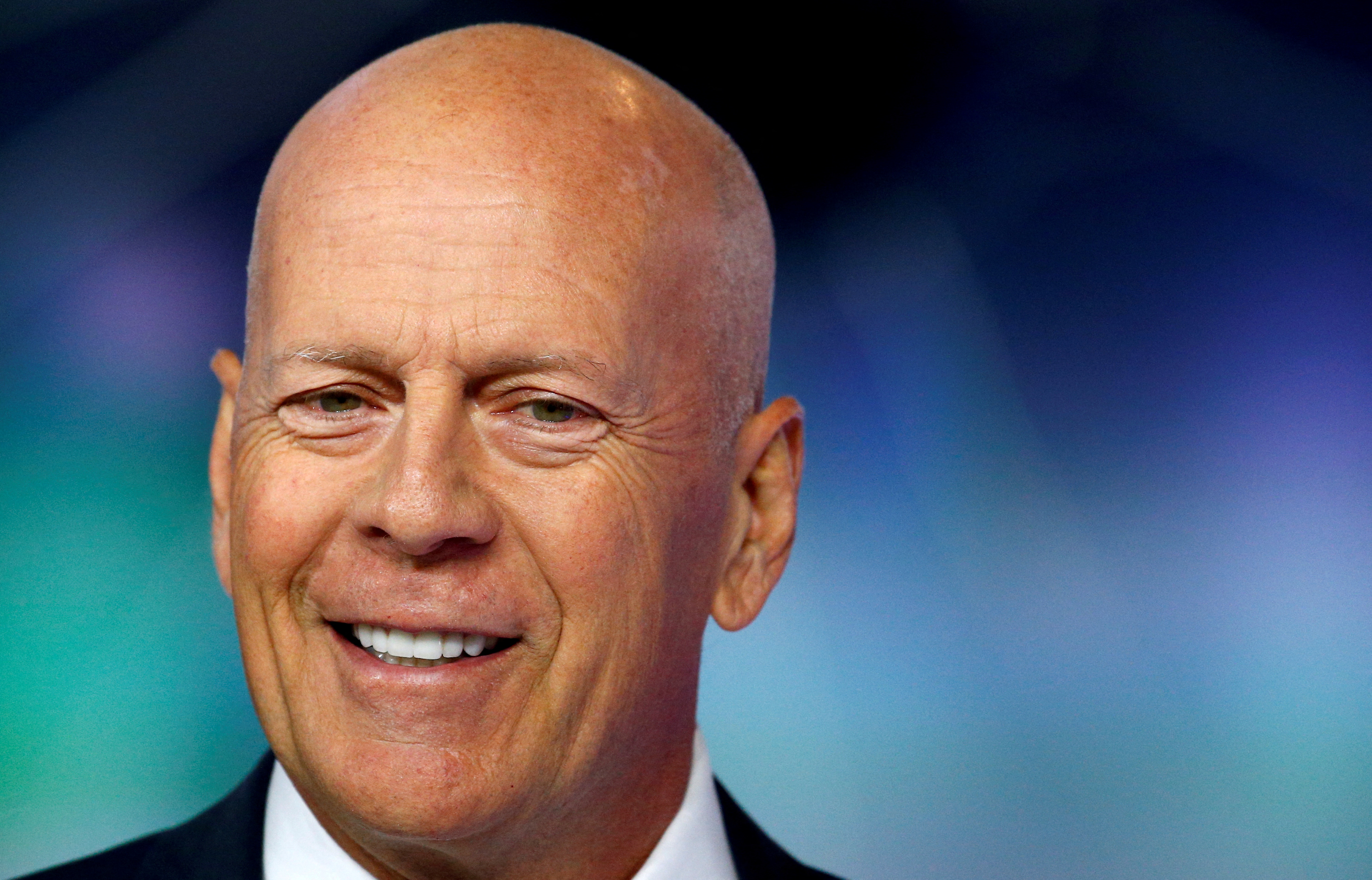 “We wanted to share that Bruce has been experiencing some health issues and was recently diagnosed with aphasia, which is affecting his cognitive abilities. As a result, he is stepping away from the career that has meant so much to him,” the family said in a statement. statement (Reuters/Henry Nicholls)

Minutes after the news was made public, Pablo’s cell phone exploded with messages and calls. Everyone wanted to know how he had taken it and if this situation was going to make it difficult for him to continue working. “The truth is that I don’t think it affects me, five years ago I’ve been the image of an insurer in Chile, I have many proposals from other brands, but everything is very recent, I’m still in the production company and you never know. Bruce like any person can be improved. “I have permanent conversations with his environment, a fortnight ago I spoke with his sister to find out how he was. It makes me very happy to have done things for him but I am a little sad for everything that is happening to him”, he clarified.

Pablo not only used his resemblance to forge a career of more than 20 years as an actor, but also found a universe of possibilities in social networks that he was ready to explore. Under the name of @doblebrucewillis, he has more than 600 thousand followers on Instagram and almost 4 million on Tik Tok.where he usually goes viral by uploading videos recreating John McClain-style situations around different parts of Buenos Aires or putting together a sketch using filters and songs from the application.

It could be said that the Argentine is the only Bruce Willis that circulates in the networks, since the original does not have accounts. That situation made it possible for him to have the impact he enjoys today: “People see in me what they can’t see in Bruce because he doesn’t have an account. Many follow me because they think I’m him, since I have both verified profiles. I’m doing very well and I work a lot with it”.

Those who have ever seen his videos will have thought that it was the official account of the Hollywood star, even his acquaintances: other international celebrities. When the news of the withdrawal broke, Bruce’s friend Matthew Perry wrote a short message on his Instagram stories and tagged Pablo Perillo. In addition, from time to time he exchanges likes and reactions to comments with Demi Moore and Sylvester Stallone.

But the protagonist of friends he was not the only one to fall publicly into confusion. Once, the singer Dua Lipa told on the Jimmy Kimmel show that she had been very happy when she saw a Tik Tok of Bruce Willis dancing to her song Don’t Start Now, but later found out that it was actually a double. Several foreign media also often use his photos as covers for news related to the actor.

When people stop him in the street, Pablo says he learned to play along: before he used to get more nervous and uncomfortable and now he tries to have fun. “Many don’t believe me and I speak to them in Spanish and they still don’t believe me. Once in Panama, I spent 45 minutes convincing a woman that I was not Bruce Willis and she told me it was a lie. Until I signed an autograph for her and she left happy with it. Everything is fine with Pablo, but people want the photo with Bruce and I understand that”.

– Do you consult the producer of Bruce Willis before taking a job?

– No, I have absolute freedom. All I’m saying is that you don’t have to mention the Bruce Willis trademark. But in all the commercials I do just saying Bruce is enough.

Do you feel you owe him something?

– Duty, I don’t think so. I have always taken care of his image in everything I do. I always did good quality things to represent him in the best way. But I am very grateful because thanks to him I was able to travel, he opened many doors for me, I grew a lot.

– Are you currently the most similar person to Bruce Willis in the world?

“El abuelito del Finger”: the retiree from La Matanza who became a benchmark for finger skateboarding
The incredible Charly García from Tik Tok: math classes, shows on the sidewalk and fury on the networks
“Live fully”, the premise of Bruce Willis to the women in his life when he already knew he was sick

The Argentine Bruce Willis: he replaced the actor on an official tour and even Dua Lipa confused him with the original