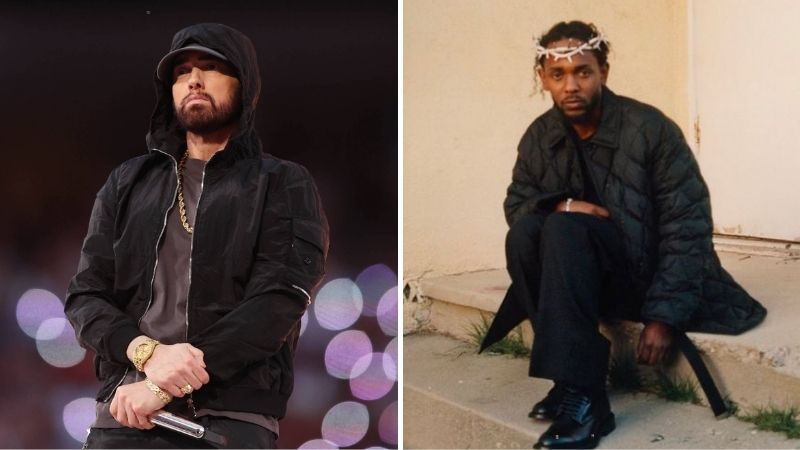 Every week, discover our selection of the 5 rap and R&B clips released in the last few days in the US… On the program today, Kendrick Lamar who uploaded N95the 2nd clip from his 5th album, Mr. Morale & The Big SteppersPost Malone and Roddy Ricch who talk about their loneliness in Cooped Upand Travis Scott’s performance at the 2022 Billboard Music Awards which happened with his single Mafia. For their part, two thirds of Migos, Quavo and TakeOff have joined forces on Hotel Lobby while drawing inspiration from the film Las Vegas Paranoid for the clip, and finally, Moneybagg Yo and Kodak Black made a new connection on Rocky Road…

It was just a week ago, Kendrick Lamar delivered the 2nd clip of his new album, Mr. Morale & The Big Steppersthe 1st since 2017 and the release of DAMN., but the last of the Top Dawg Entertainment era. A new effort released on May 13, 2022, which sold 286,000 copies in the US in the first week (the best performance of the year), compared to 9,126 units in France. True introspection, coupled with a therapy, the album evokes with depth themes such as his past, education, social success, or fatherhood, and could very well have opened with the few words of intro of N95 : “Hello new world, all the boys and girls, I got some true stories to tell/You’re back outside, but they still lie…” (Hello new world, boys, girls, I’ve got some true stories to tell you/You’re out again, but they lied again…)… Words illustrated in the opening sequence of the music video – directed by K-Dot himself and his partner (and jack-of-all-trades) Dave Free (with whom he founded pgLang) — by the 34-year-old rapper, all in white, levitating above the ocean in front of a child sitting on the beach… Then the shots follow one another quickly, alternating between black and white and color images, between action and playback, while his cousin Baby Keem appears. Scenes from this video would have been shot as early as September 2020…

While he announced that his wife was pregnant with their first child, and 6 months after that of One Right Now with The Weeknd, Post Malone released the music video for CoopedUp a few days after revealing the title playing it on the show Saturday Night Live. It’s a combination single featuring Roddy Ricch, taken from the Dallas (Syracuse-born) rapper’s new studio album. Twelve Carat Toothache, which we will discover on June 3. The direction of the clip has been entrusted to the New York director Andre Batowhile Post Malone wanders around in a kind of loft, in a suit and blue turtleneck, a cigarette in hand, to deliver his playback, before Roddy Ricch and dancers join him… The apartment, which has no walls or ceiling, allows the cameras to revolve around all this little world, while the author of the mega hit Rockstar (with 21 Savage) discusses his loneliness despite his successand its return in the chorus: “And I been waiting so long/Now I gotta resurface” (And I’ve waited so long/Now I have to resurface). His last album, Hollywood’s Bleedingdate of September 2019.

We could not fail to mention the great return to the stage of Travis Scott, for his 1st television performance, after a few rare and brief appearances here and there, since the disaster which had occurred during its Astroworld festival which was held in Houston in November 2021… and during which 10 people had died. If he kept a low profile since then, trying to make up for his mistakes, since he was also the organizer of this event, and that he was criticized for not having reacted correctly on stage while the drama was happening in the crowd in front of him, nor after the show, the companion of Kylie Jenner is slowly preparing his return. Indeed, the 31-year-old rapper must release his new album, Utopiabut above all he performed during the 2022 Billboard Music Awards ceremony, presented and produced by Diddy who had invited Cactus Jack to perform his single, Mafia (released in 2021 with another singleEscape Plan, just before the Astroworld Festival). And the video of this performance (which inevitably created controversy) was posted on YouTube: Travis, dressed in a fur outfit, appears there in a polar-themed decor somewhat reminiscent of Game Of Thrones… while he closed his performance with an extract from a title that could appear on his next opus: Lost Forever !

In the wake of the rumors about the separation of the Migos which shook the American trap planet, the 2 thirds of the group from Atlanta, the uncle and the nephew, namely Quavo and Takeoff reunite on a single titled Hotel Lobby. And for the clip, entrusted to the director Hakeem (for Keemotion who has already worked with the Migos, 2 Chainz, Latto, Blueface, Yung Miami, Polo G or even Lil Baby), accompanied by Quavo, the obvious idea was to take inspiration from the film, a classic directed by Terry Gilliam in 1998, Las Vegas Paranoid…where the psychedelic escapade of 2 individuals in Las Vegas, a journalist and his lawyer, Raoul Duke and Dr. Gonzo, who are interpreted here by Huncho and Takeoff. A single which therefore arrives in the midst of rumors of a falling out between Offset, Quavo and Takeoff. The trio seem keen to have fans speculating about their future as a band after unfollowing each other on Instagram. Offset and Quavo no longer follow each other, and Cardi B even unfollows Quavo and Takeoff.

After their collaboration in 2018 on the title Lower Level on Moneybagg Yo’s album, Resetthen in 2021 when they found themselves on the track Angels Never Cry excerpt from the album moon boy by Yung Blue, the 2 rappers share the mic again on Rocky Road. A track – on a prod by Mook On The Beat – which marks the return of Yo since A Gangsta’s Pain published in 2021, and with which the 2 friends engage in introspection while representing their city, Memphis (Tennessee) for one and Pompano Beach (Florida) for the other. LThis clip, boxed by Young Chang (Nicki Minaj, Rosalía, Major Lazer…), tells the story of a man who tries to get revenge for a fight, while the 2 Mc’s indulge in their playbacks in different settings, whether on a roof or in the street… In the song, Big Bag talks about the fact that his girlfriend, Ari Fletcher, wants to have another child, but he explains that he is too busy making thunes for the moment… The time will come later: “Ari want another baby but I’m too busy chasin’ paper/Well, maybe, not right now, perfect timin’ might come later…”

The 5 clips of the week with Kendrick Lamar, Post Malone, Travis Scott