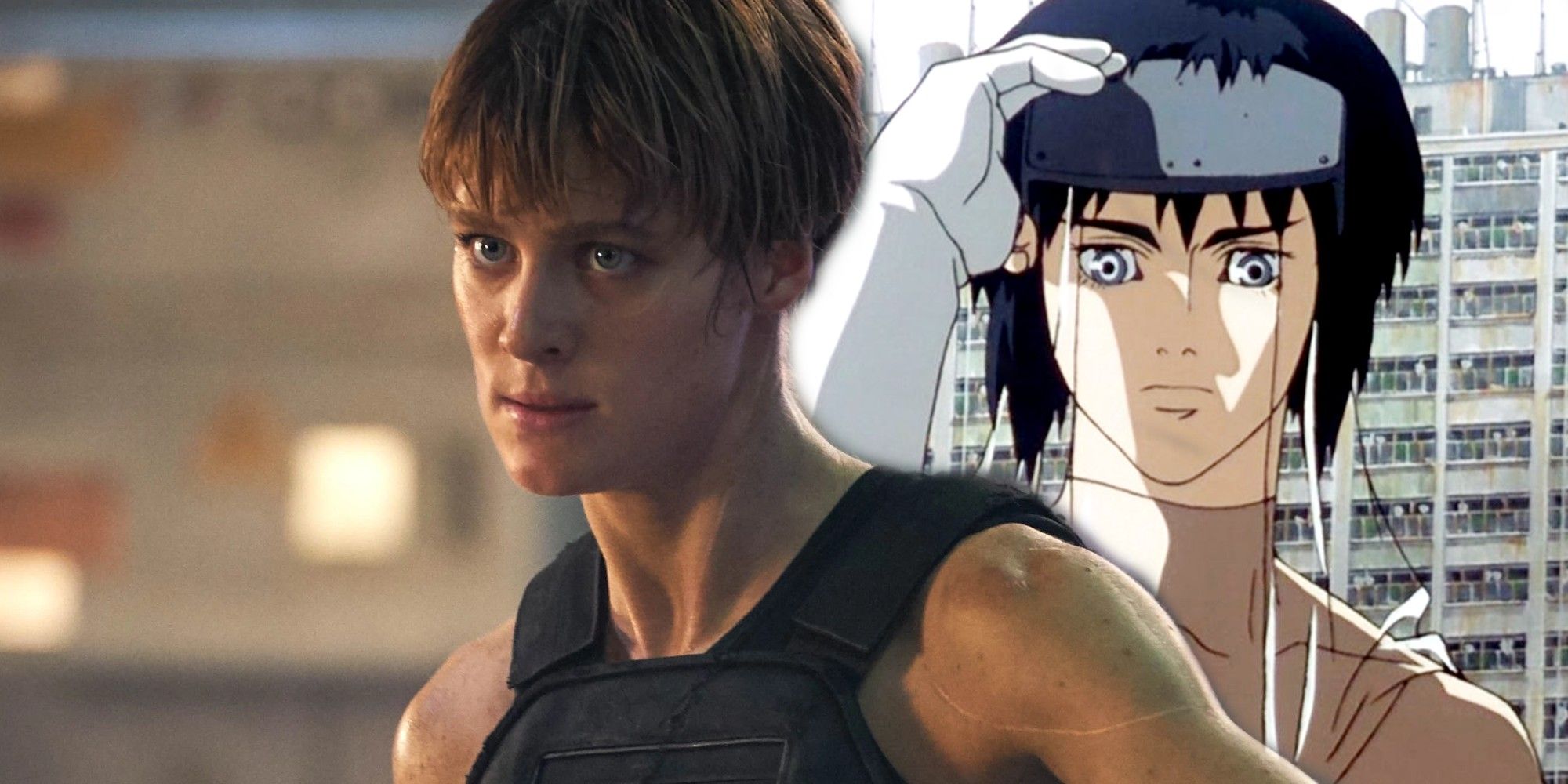 Director Tim Miller reveals that his 2019 film Terminator: Dark Fate features a quick Ghost In The Shell Easter egg. The sequel saw Linda Hamilton and Arnold Schwarzenegger return to the franchise, alongside newcomers Mackenzie Davis, Natalia Reyes and Gabriel Luna. Despite receiving better critical response than other recent Terminator sequels, Terminator: Dark Fate underperformed financially at the box office, becoming one of the biggest box office bombs of all time.

Released in 2019, Terminator: Dark Fate deviates more from the original Terminator timeline than previous sequels, as John Connor (Edward Furlong) is killed in front of Sarah Connor (Hamilton) following the events of Terminator 2: Judgment Day . While Skynet is never built and John never leads the Resistance, a new AI system named Legion rises in its place to drive humanity to extinction. When a highly advanced Terminator (Luna) is sent to kill future Resistance leader Dani Ramos (Reyes), the cyborg Grace (Davis) is sent to save the girl. Team up with an older Sarah and a reformed, self-contained T-800 unit (Schwarzenegger) to combat the threat. While Terminator: Dark Fate set up a new timeline for sequels, but nearly three years after its theatrical release, the man behind the movie reveals a nod to an iconic sci-fi property.

In the latest episode of Corridor Crew’s ongoing YouTube series, VFX Artists React, Tim Miller broke down his work on Terminator: Dark Fate. Watching the film’s climactic battle between Dani, Grace, and the T-800, the director revealed a subtle Ghost in the Shell Easter egg he hid in the footage. Check out what Miller shared below:

“Have you seen my Ghost in the Shell tribute? With arms and flesh ripped off? Yeah, with the spider tank scene.

With a new movie released in May, Ghost in the Shell continues to be a hugely influential franchise. Based on the work of Masamune Shirow, the series follows Major Motoko Kusanagi, a fully augmented cybernetic human who leads a public safety task force in futuristic cyberpunk Japan. The Ghost in the Shell franchise captured worldwide attention following the release of Mamoru Oshii’s 1995 film, which saw Kusanagi track down an elusive hacker, tackling themes of identity in the technological age. A very famous film, Ghost in the Shell has often been cited as an influence for many filmmakers long before the development of Terminator: Dark Fate, including the Wachowskis, who have cited using it as a direct influence and an example that they used when pitching The Matrix to the producers. . Acclaimed director Steven Spielberg also praised the 1995 film, with Spielberg even intending to develop a remake in 2008, while Terminator creator James Cameron himself claimed that the film’s impressive visuals were a major inspiration during the development of Avatar in 2009.

While a blink and you’ll miss it, Terminator: Dark Fate’s surprising Ghost in the Shell is sure to grab the attention of many eagle-eyed viewers following Miller’s reveal. While it’s not an obvious easter egg, the framing similarities, as well as Grace and Kusanagi’s cybernetic features, help create a subtle connection between the two films. Ghost in the Shell continues to be an incredibly influential piece of sci-fi to this day, and Miller’s sly homage in Terminator: Dark Fate is a perfect, non-distracting homage that audiences can keep an eye on. future watches.