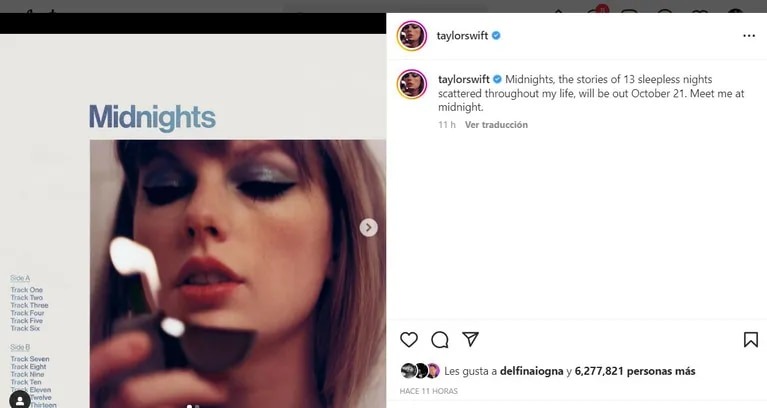 Throughout almost two decades of career, Taylor Swift became one of the best-selling artists in all of history. Her songs climb right to the top of the charts and her albums are awarded by the industry. But not everything the composer touches is gold. Her (brief) career on the big screen is a resounding box office flop.

Released last week amsterdam hit theaters as a possible fundraising bomb and became a snapbum after just one weekend. The film starring Christian Bale, Margot Robbie, John David Washington, Rami Malek and Swift raised 6 million dollars despite being present in more than three thousand theaters in the United States. According to analysts and funding sources surveyed by the site The Hollywood Reporter, the film can lose between 80 and 100 million dollars.

This new disappointment in the singer’s career is added to the version of the musical classic Cats, which she starred in 2019. Beyond sweeping the Razzie awards -known as the “Oscar for the worst of the year”-, the film had to leave theaters after only eight weeks due to its disappointing box office. With an estimated budget of 95 million dollars, he was only able to pocket 73 million.

Taylor Swift showed on her social networks the different versions of the cover art of his next album Midnights which will arrive in October. The singer did it through a video posted on TikTok that was later uploaded on her other networks. At the end the four back covers of the material appear.

Taylor added that they seem “a clock” when putting together the four designs. Special editions are now on sale Midnights. Jade Green, Moonstone Blue, Mahogany and Blood Moon were the chosen by the singer for each of them. At the beginning of September, the pop star also released other editions of the long-awaited work.

I also read: Taylor Swift announced her new song “Mastermind” with a video on TikTok

The album will hit the platforms on Friday, October 21 (same day as the new one by the Arctic Monkeys) and, according to their words, the songs were composed during a period of insomnia. “We are awake in love and in fear, in confusion and in tears,” the singer described in her networks next to the album cover.

“We look at the walls and drink until they respond. We squirm in our self-made cages and pray that we’re not, right now, about to make some fateful, life-changing mistake,” Taylor continued.

“This is a collection of music written in the middle of the night, a journey through terrors and sweet dreams. The floors we walk and the demons we face. For all of us who went round and round and decided to keep our flashlights on and go looking, hoping that maybe, when the clock strikes twelve…we will find each other,” he concluded.

Taylor Swift, number 1 on the charts, resounding failure at the box office