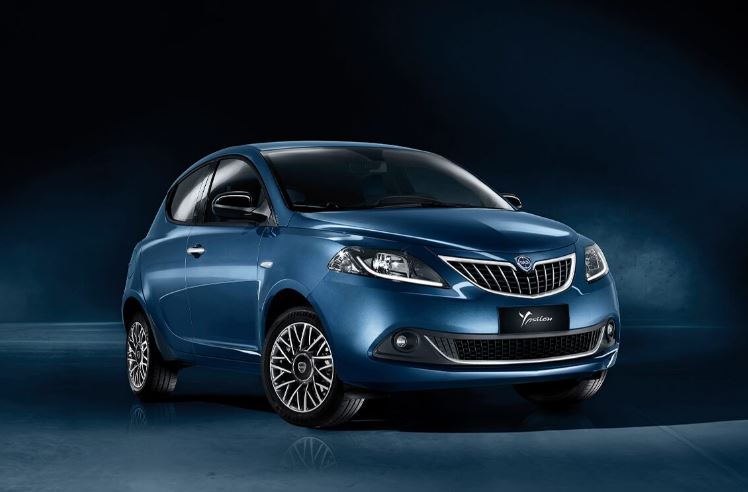 Out of sight, out of mind, goes the saying. However, it will soon be five years since French, German, Spanish, Belgian or Dutch consumers have heard the name Lancia mentioned on the radio or on television. The Italian manufacturer has indeed withdrawn to its national market in 2017, where it only sells its small Ypsilon assembled in Poland.

Luca Napolitano is therefore embarking on a difficult bet. “Lancia will relaunch itself in Europe as an ambassador of Italian elegance, with three new models including two electric by 2028”, declares the new boss, supported by the director of the Stellantis group, Carlos Tavares. The latter requires its premium brands (Lancia, Alfa Romeo, Maserati and DS) to contribute 11% to the group’s revenues in 2030, compared to 4% today.

Three new Lancias to cover 50% of the European market

As early as March 2021, just after the merger of PSA and FCA, John Elkann, Chairman of the Board of Stellantis confirmed on an Italian television set that Lancia was going to access development resources which had until then been refused to it. . The following November, Luca Napolitano drew up a roadmap for Lancia which provided for three new models, the launches of which would be staggered between 2024 and 2026.

This program has since undergone some adjustments. The strategic plan presented this Friday, May 20 postpones the launch of the third model to 2028, the date on which Lancia intends to sell 100% electric cars exclusively. “We are in no rush,” says Luca Napolitano. “Approved by Carlos Tavares, our strategic plan spans ten years. We are going to take the time to do it right.” Including appointing “a few exclusive distributors” in each of the main European markets, in combination with the development of online sales.

Lancia promises a clear move upmarket, including for its Ypsilon city car

Delta is the name that springs to mind when you think of Lancia’s most glorious hours. It is however with the redesign of the Ypsilon that Luca Napolitano chose to start his resurrection program. “It is easier and less risky to redo a Ypsilon still on sale only a Delta” [arrêtée en 2014], admits the new boss. “It seems logical to tap into the pool of some 3 million Ypsilon owners still in circulation”. 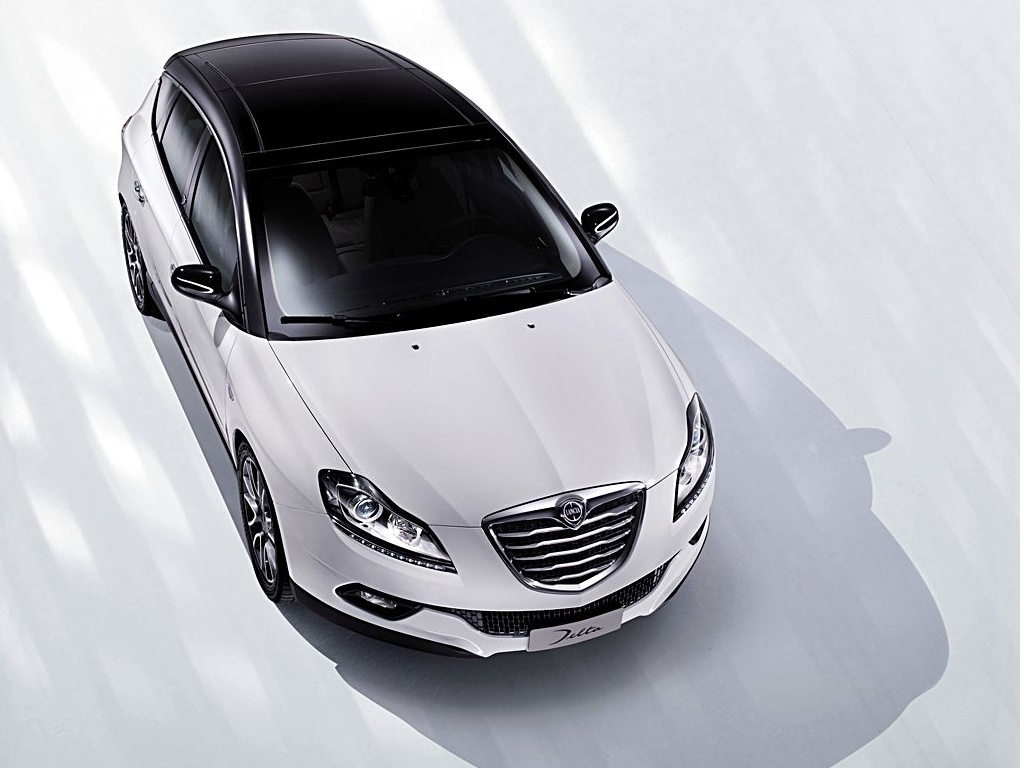 A brand new Ypsilon should therefore appear in Italy at the beginning of 2024, for subsequent marketing in France, Germany, Benelux, Spain and the Netherlands. “We have the humility to admit that Lancia is not at the level of established premium brands”, recognizes Luca Napolitano. “However, we are confident that we have the means to produce a truly attractive and authentically luxurious small car”.

Luca Napolitano confirms that the next Ypsilon (as well as the other two Lancias) will make full use of “the mechanical and software platforms of the Stellantis group”, without confirming for the time being whether the Ypsilon will indeed be derived from the Peugeot 208. seems highly probable.

Against all expectations, the second model of Lancia’s recovery program will not be the Delta. Its rebirth will have to wait until 2028, without it being known very well whether it will then affect the silhouette of a compact sedan or a more iconoclastic crossover. “We need time to define what customers expect from us and from the next Delta,” says Luca Napolitano. 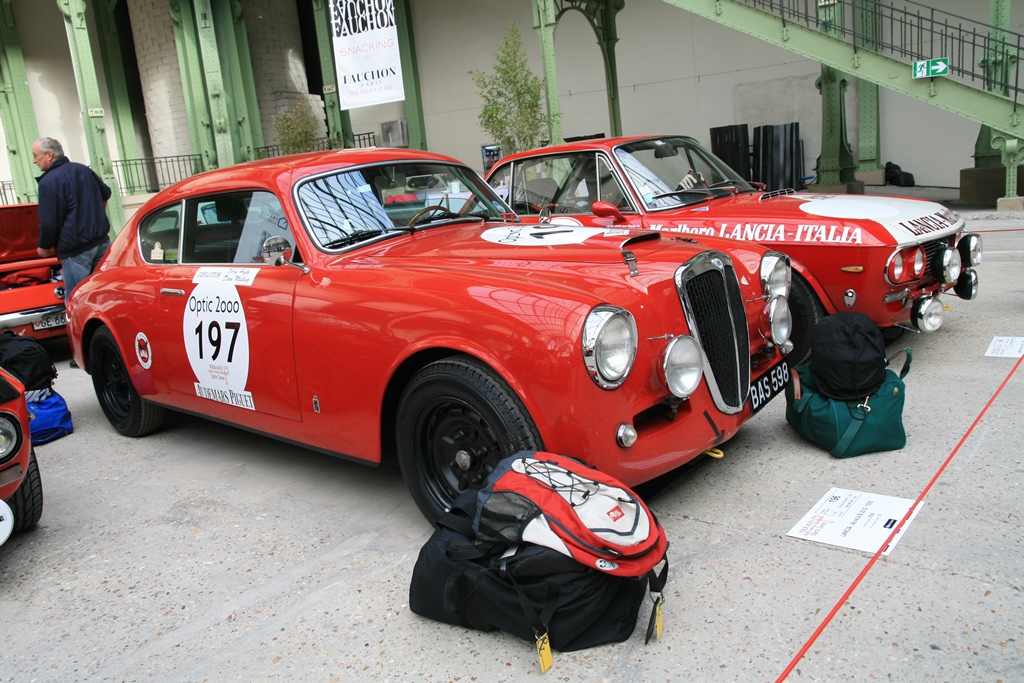 Two years before the Delta, a model that is both more imposing and more ambitious will arrive in 2026, tasked according to Luca Napolitano with playing the role of “flag bearer” and “affirming Lancia’s presence beyond the borders of Europe. ‘Italy”. This project is known as code name Aurelia, in reference to the eponymous sedans, coupés and roadsters produced from 1950 to 1958. “But there is no guarantee that the final model will be called Aurelia”, tempers Luca Napolitano. It is not even known what type of bodywork will be retained.

The diversity of nationalities and the large number of journalists who attended Luca Napolitano’s press conference testify to the attachment of enthusiasts of beautiful cars to Lancia. On the other hand, it in no way prejudges the interest of the general public and the commercial success of the three models to come.

Alfa Romeo — the other sick Italian — has benefited from substantial investments since 2015. However, the Milanese manufacturer only managed to sell 56,000 copies of its Giulia sedans and Stelvio SUVs worldwide last year. While with a single model over ten years old distributed exclusively in Italy, Lancia managed to sell no less than 43,857 cars in 2021. An increase of 2% compared to 2020 (source: Jato).

Outdated but still charming, the Lancia Ypsilon (born in 2011) thus remained on the third step of the podium of the best-selling cars in Italy, after the Fiat 500 (44,587 copies) and the Fiat Panda (111,083 copies), but ahead of the Jeep Renegade (34,777 copies) and the Toyota Yaris (32,664 copies). This real feat attests to the astonishing vitality of the Lancia brand in Italy and nourishes Luca Napolitano’s hopes of reviving its memory beyond its borders.

Lancia has high hopes for France

The French could be among the most receptive to the project of reviving Lancia. For a long time our country ensured the Italian manufacturer its biggest export market. Burned by the sad episode of the Chryslers hastily made up in Lancia, will our compatriots welcome a Peugeot 208 dressed in an Italian costume?

For specialists in the sector, the answer is not in doubt. Times are changing and no one blames Audi anymore for building its A2 and A3 around the platforms and engines of the lowly Volkswagen Polo and Golf. Even the presence of a Renault engine under the hood of the Mercedes-Benz Class A and B did not slow down their distribution, quite the contrary. In the eyes of the customer, only the brand image and the style of the bodywork count. Appearances before substance, in short.

Lancia will try an Italian approach to luxury, distinct from the French luxury cultivated by DS Automobiles

More than the engineers, it is therefore the designers who hold the keys to the success of the resurrection of Lancia. Charged with the delicate mission of reviving Lancia’s identity through style and design, the Frenchman Jean-Pierre Ploué will take up this challenge with enthusiasm. He promises to “restore the brand to the rank it is due” and is pleased to be able to “draw on a history of intense richness”.

In this heavy heritage are ten World Rally Champion titles. An impressive track record which is an obvious lever to make the Lancia brand known to people under thirty. Yet the register of sportiness will remain the prerogative of Alfa Romeo, when “Lancia will cultivate Italian elegance which enchants over time”, professes Luca Napolitano.

The signature in English “Italian elegance that lasts and enchants” appears at the end of a small promotional film set to music on the main theme of the feature film Inception by Christopher Nolan (2010). Rally victories are included, but it is above all the Italian design that is highlighted. “We are going to draw inspiration from the warmth of high-end Italian furniture to compose our interiors”, confirms Luca Napolitano. Quite a program.

Tavares and Stellantis offer Lancia the means for its resurrection