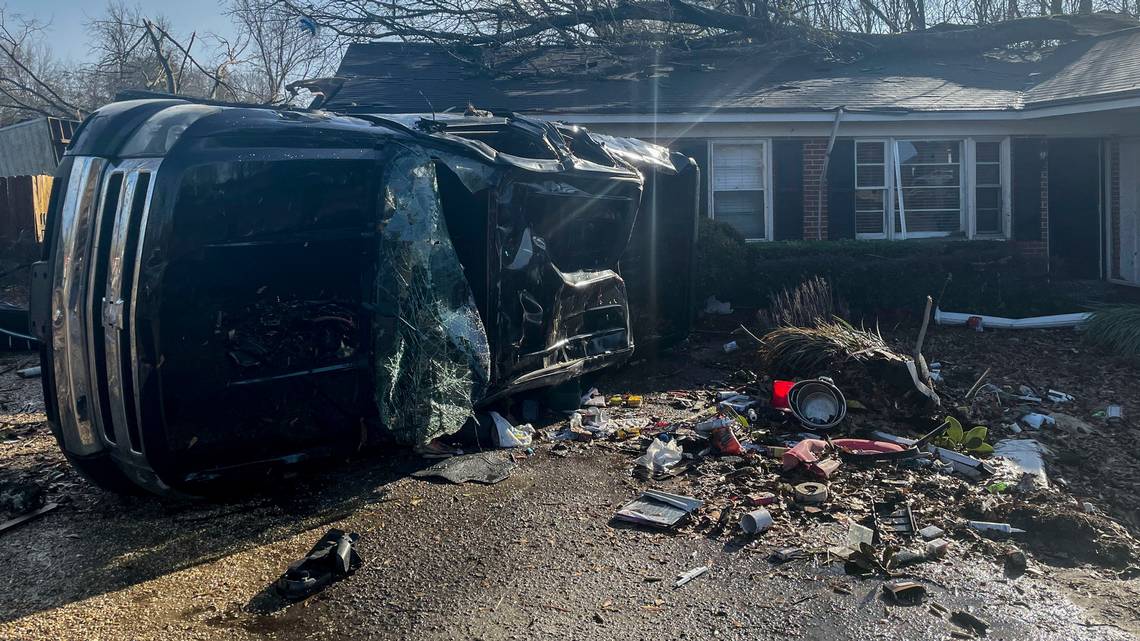 Stunned residents scrambled to salvage their belongings, and rescuers pulled survivors from under collapsed houses Friday after a tornado system that killed at least nine people as it moved through parts of Georgia and Alabama.

Widespread destruction was in sight a day after violent storms tossed mobile homes into the air, smashed trees into buildings, toppled poles and trees and derailed a freight train.

Those who were able to keep life gave thanks as they sifted through the rubble for anything worth salvaging.

“God sure was with us,” Tracey Wilhelm said as she viewed the wrecked remains of her mobile home in Alabama’s Autauga County.

She was working Thursday when a tornado ripped her mobile home off its foundation and tossed it several feet into a pile of rubble. Her husband and their five dogs hurried into a shed that was left untouched, she said. Rescuers later found them unharmed inside.

A search team also found five people uninjured but trapped in a storm shelter after a wall from an adjacent house fell on them, said Buster Barber, Autauga County Medical Examiner. Someone inside had a phone and was constantly calling for help.

The National Weather Service, which was working to confirm that it was a tornado, said suspected tornado damage was reported in at least 14 Alabama counties and 14 Georgia counties. Temperatures were forecast to plunge below freezing overnight in hard-hit areas of both states, where more than 30,000 homes and businesses remained without power into the evening.

The tornado that is believed to have killed at least seven people in rural Autauga County caused damage that matches that of a category EF3 tornado, which is just two degrees below the most powerful category. The tornado had winds of at least 136 mph (218 kph), the weather service said.

James Carter’s home in Selma was damaged when the tornado made its way through the city.

“I was at home and I started to hear a small sound like a train. The closer it got, the louder it got. By the time it passed over the house, the whole house was shaking. My mom was lying on the bed, and I tried to put my body on top of her to protect her,” Carter stated.

“They weren’t just shot down,” he said. “They were thrown at a distance.”

Survivors found after tornadoes in Georgia and Alabama