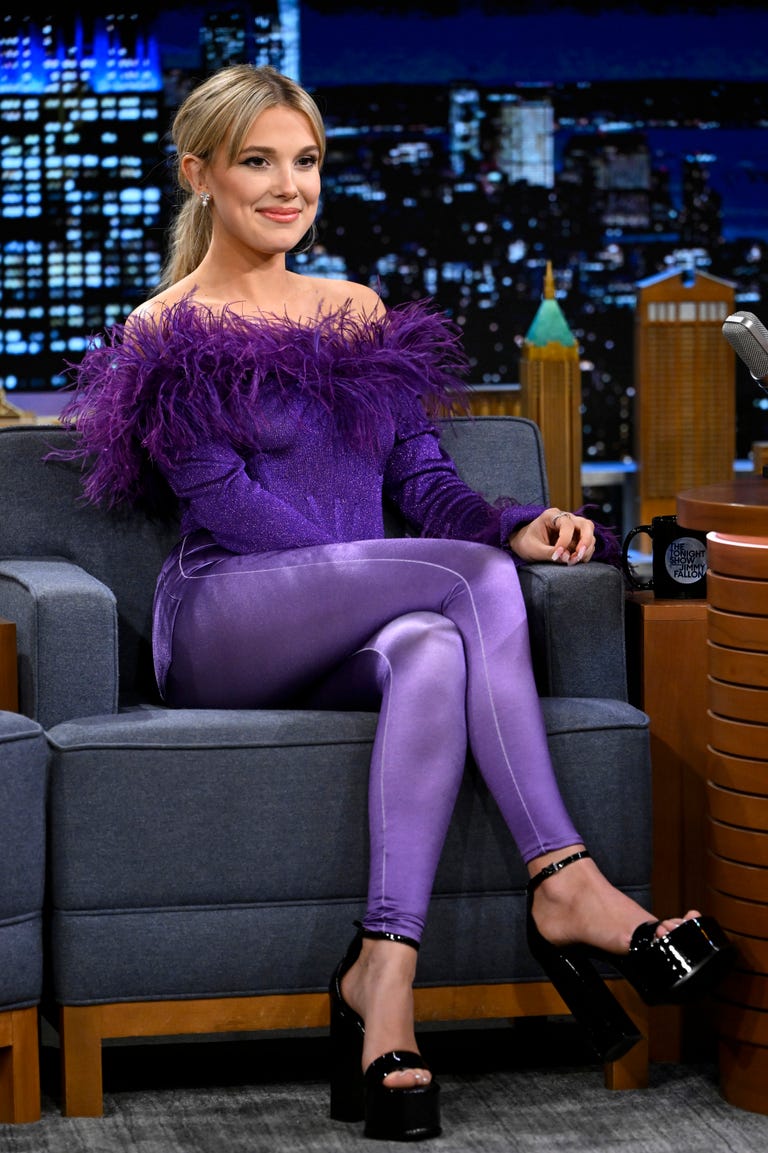 After three years of waiting, Stranger Things made its comeback on the evening of Saturday May 14 in New York. During a preview in Brooklyn, all the actors of the hit Netflix series revealed the first episodes of the fourth season. There was of course Millie Bobby Brown, the interpreter of Eleven who became blonde. She was accompanied by her boyfriend Jake Bongiovi.

If all the actors of Stranger Things were all elegantly dressed, it was Millie Bobby Brown who caught the eye with her makeover. Indeed, with her new blonde hairstyle and her dress, Millie Brown had a truly adult look.

You won’t recognize little Eleven anymore! Not only is she blonder than ever, but she also has new bangs and hair that’s quite a substantial length.. These are undoubtedly very well made hair extensions. During this evening, Millie Bobby Brown with really great looks and a very mature appearance compared to her young age of 18 years. Or maybe fans just aren’t used to seeing her looking like an adult?

The pretty blonde color of the interpreter of Eleven was made by the colorists of the Josh Wood salon in London, with the help of stylist Pete Burkill. The latter also nicknamed Millie Bobby Brown the “queen of transformations”. Thomas Carter Phillips styled the star in Louis Vuitton for the evening and makeup artist Buster Knight did her makeup.

It should be noted that Jake Bongiovi, the 20-year-old son of Jon Bon Jovi, had dyed his own light brown hair bleached blonde. So they matched his girlfriend’s long blonde hair.

Do you remember Millie Bobby Brown in the first episodes of Stranger Things? It was in 2016 when the series landed on Netflix, at the time the actress was only 12 years old. She had her hair shaved and wore the famous hospital gown. A look that marked many fans of the series.

Today things have changed and not just because she turned 18. She is now considered a true fashion icon and several internationally renowned houses are vying to dress her.

On the red carpet of the preview of the fourth chapter of the saga, the outfit of Millie Bobby Brown emphasized the white and black. She wore a white satin dress signed Louis Vuitton. She opted for a model with a wide slit, a belt at the waist and a bustier with a sweetheart neckline, all adorned with a black tulle creating a sleeve on the left shoulder. High heels were part of the outfit. The actress has indeed completed her outfit with a pair of black open heels.

The cast was present and made the show during the event

As mentioned above, during the event, which was held in New York, Millie Bobby Brown and Jake Bongiovi were accompanied by the cast of Stranger Things. All the actors did the show and the good mood was there.

There was in particular David Harbour, who plays Jim Hopper the adoptive father of Eleven, was accompanied by his wife, the singer Lily Allen. Gaten Matarazzo (the interpreter of Dustin Henderson) and his girlfriend Elizabeth Yu had fun in front of the photocall. The couple even have a few dance moves. It should be noted that several stars were invited to the preview of season 4 of Stranger Thing. Among them were, for example, Liev Schreiber, Mike Myers and Ralph Macchio.

Stranger Things season 4: you will not recognize Eleven! Here are the pictures – Home Media