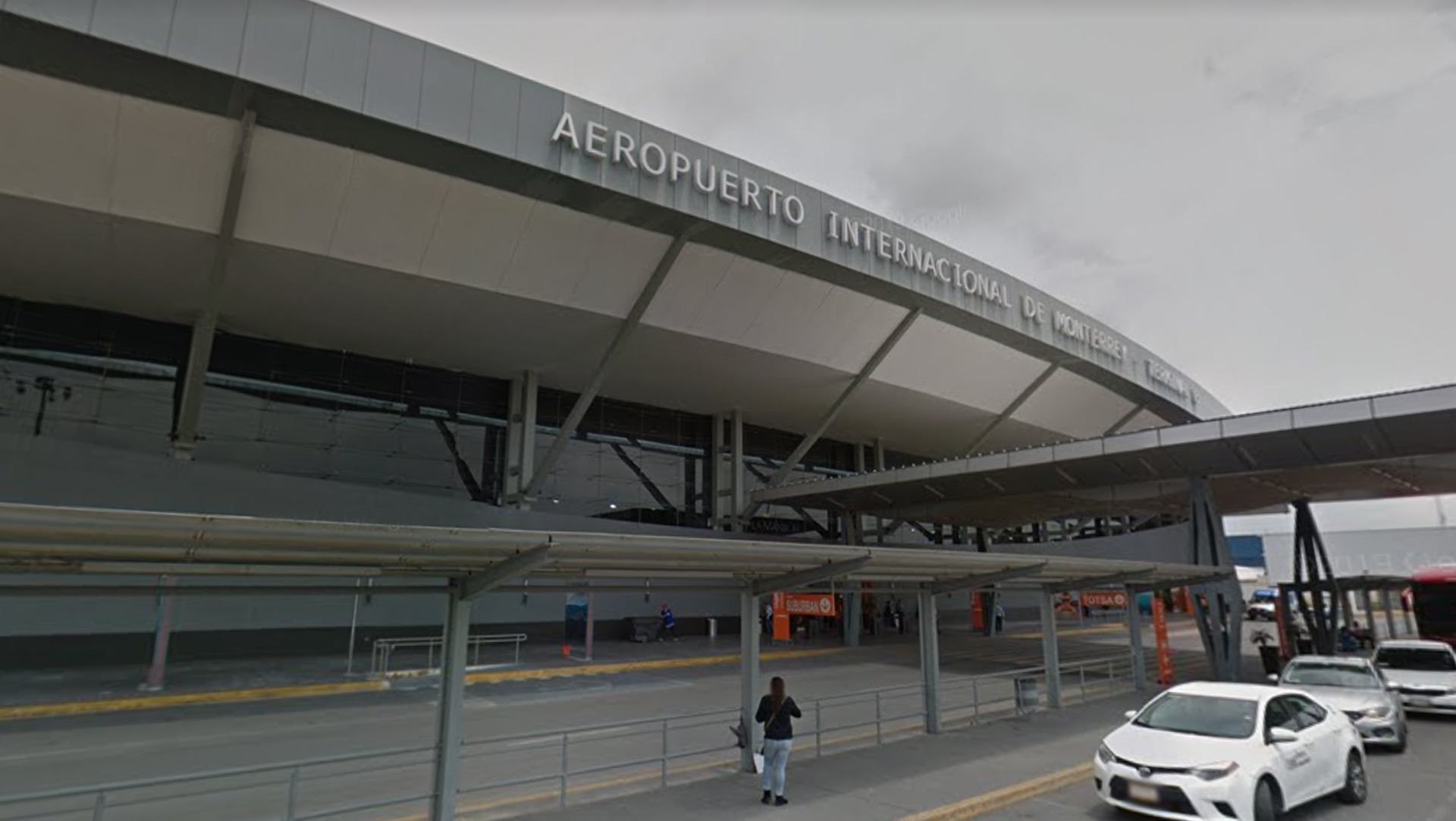 On May 21st, the New Leon drag queen, Soro Nasty(artistic name of Luis Fernando Soro Collazo) denounced on his Twitter account an alleged kidnapping threat after boarding a taxi outside the Monterrey airport, Nuevo Leon.

The events would have occurred around 11:00 in the morning. According to what was narrated by the former contestant of the most dredgerthe driver of the car he approached was allegedly under the influence of some drug.

“(…) a fake taxi from the literal airport robbed me and was drugged and wanted to hit me, he wouldn’t let me get out of the car if I didn’t give him my money and threatened to kidnap me,” he posted on his account.

According to the information shared, in the face of the threats, the artist chose to hand over his belongings, at the same time commenting that “out of fear” he could not take a photo of the plates. 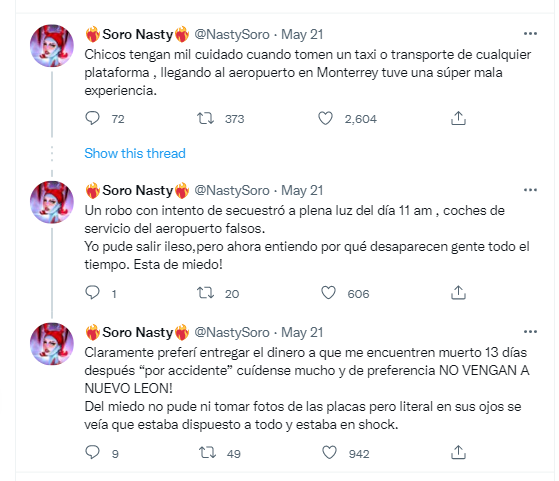 “Clearly I preferred to give the money to being found dead 13 days later “by accident” take good care of yourselves and preferably DO NOT COME TO NUEVO LEON!” he added.

In said comment, the artist made reference to the most recent case that occurred in the state and that denotes the insecurity that exists in the region: the of the young Debanhi Escobarwho after thirteen days of his disappearance was found dead.

It should be noted that the comment derives from the facts reported by the authorities: after performing the autopsy, the Attorney General’s Office of Nuevo León declared what debanhi died due to an accidental fall in a motel cistern, according to the results of the autopsy carried out by experts from the Forensic Medical Service (SEMEFO).

However, his father mario escobar He ordered an independent necropsy to be carried out and denounced inconsistencies between the two studies carried out on his daughter’s body. Subsequently, the Undersecretary of Security and Citizen Protection confirmed that the second independent autopsy had indicated that the young woman had been sexually abused and murdered.

This is only one of the cases that have not yet been clarified, to this is added that of Yolanda Martinez, a 26 year old old than after Almost a month after being reported missing, she was found dead, which was confirmed on May 9 last.

Furthermore, on May 20, five days after his disappearance in Escobedo, Nuevo Leon, Estephani Fernanda Barajas Huerta was found dead in Tijuana Baja California.

It should be added that Nuevo León is among the five states with the highest number of missing women (located and not located), registering 5,593 victims from 1964 to April 22 of this year, according to the National Data Registry of Missing or Disappeared Persons (RNPED) (Across the country, more than 25 thousand missing women were registered).

While these three cases are stories that explain why the Mexico Peace Index (IPM), placed Nuevo León in 21st place, with a rating of 2,802, which meant a drop of three places compared to 2020. . 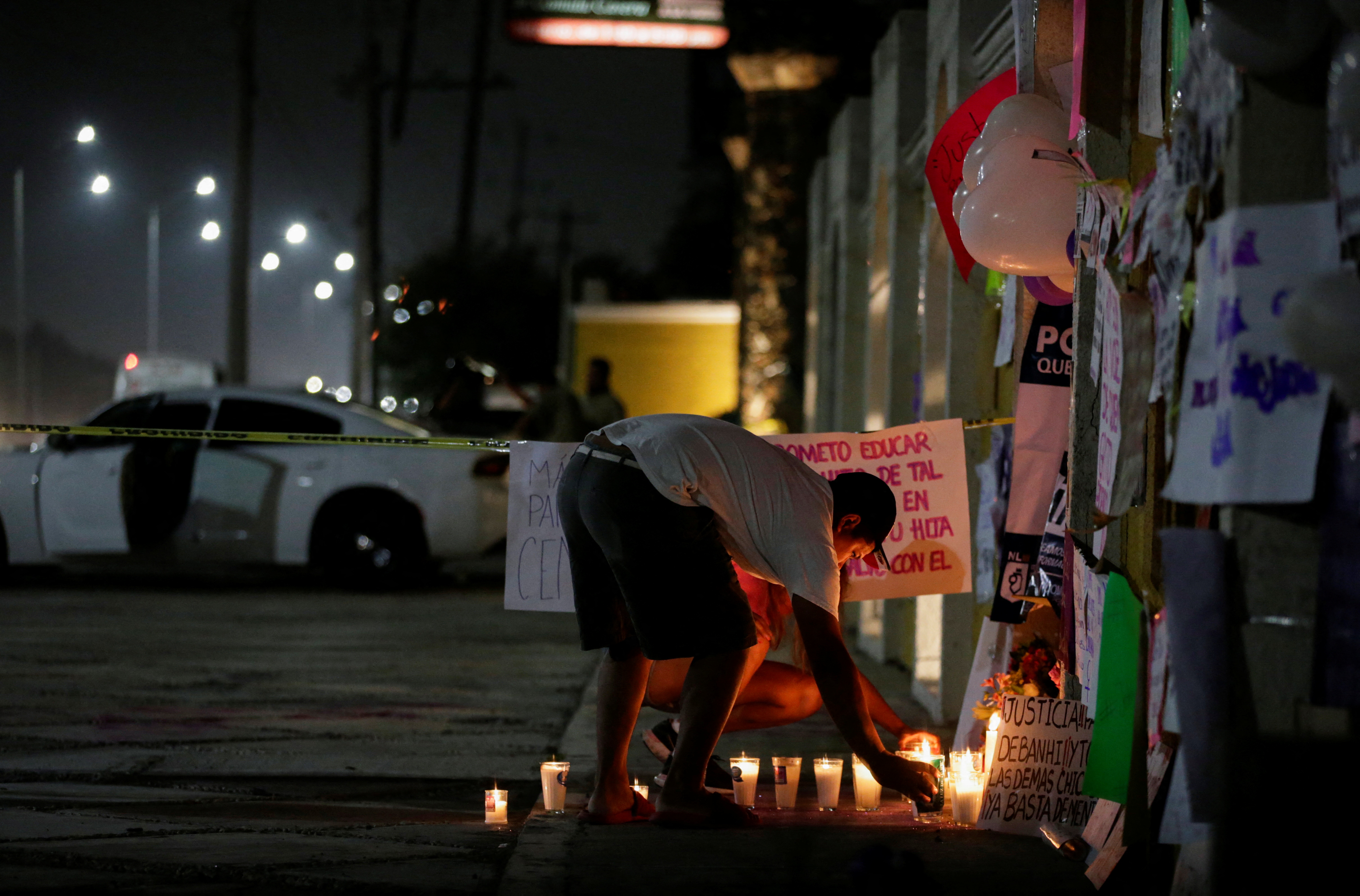 The factors to consider in the 2021 Peace Index were the homicides registered by the entity, crimes committed with a firearm, crimes carried out by organized crime, crimes with violence, in addition to the number of people in jail without sentence.

According to IPM, the number of homicides in the state increased by 17%, reaching a rate of 18.2 incidents per 100 thousand inhabitants.

In addition, violent crime rates also increased 17%, driven by increases in rates of assault, sexual violence, and family violence. Regarding this, the same Prosecutor’s Office points out that, in 2021, 4 thousand 404 robberies were recorded.

Stigmatization, omission and femicide: what lies behind the disappearances of 25 thousand women in Mexico
Violence against women: the number of kidnappings skyrockets in the first two months of 2022
Yolanda Martínez: The Prosecutor’s Office confirmed that the clothing of the body found in Nuevo León coincides with that of the missing young woman


Explore our social media profiles and other related pageshttps://kjovi.com/related-pages/