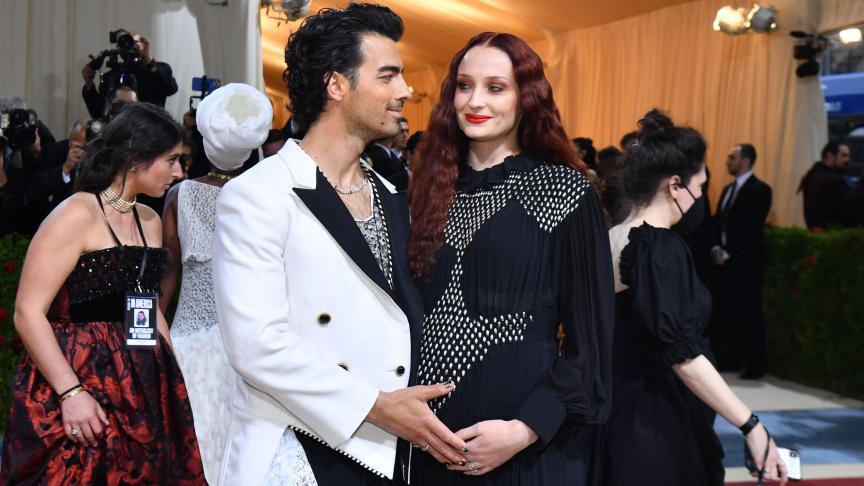 
The Jonas family is growing! Actress Sophie Turner and her husband Joe Jonas, lead singer of the Jonas Brothers and DNCE, are expecting their second child. It was the mother-to-be who announced the good news to the British version of Elle, of which she made the cover in June.

” This is life for me: raising the next generation “, she confided to the women’s magazine. ” The best thing in life is seeing my daughter go through milestones one by one. We are very happy to expand the family. It’s the most beautiful thing ever “.

Joe Jonas and Sophie Turner have been in a relationship since 2016 and married in secret on May 1, 2019 in Las Vegas before celebrating their union in a French castle in the south of France in June of the same year. They became, in July 2020, the parents of a little Willa.

In recent months, the actress revealed with the role of Sansa Stark in Game Of Thrones had appeared several times with a well-rounded belly, but the couple had never officially announced the good news. During the first pregnancy of the 26-year-old Englishwoman, the couple had never announced the news either, contenting themselves with confirming, by press release, the birth of their child.

Joe Jonas and Sophie Turner are very discreet about their private life: “ I’m very protective of the life we’ve builtshe told She. Every time Joe and I are together on a red carpet, we want to make sure it’s for the right reasons and that it makes sense for our careers. “. Concerning Willa, and by extension, her second child at birth, she explains: “ My daughter never asked for any of that. I know what this industry can do to your sanity, how it feels to be photographed and commented on every day. It’s not something I want her to experience, unless she says “that’s what I want to do”. We are very firm on this subject “.

Now the young woman, who is settled with her 31-year-old husband in Miami, would like to return to settle in the United Kingdom: ” I miss England so much. The people, the attitude, everything: I’m gently trying to bring my husband back (…) I would love for my daughter to have the education and school life that I was lucky to have. England would ultimately be the perfect destination, but Joe might be a little hard to convince “, she confided again.

The baby, whose gender or due date is unknown, is the 5th child to be born in the Jonas Brothers family: Kevin Jonas has two daughters, Valentina and Alena, with his wife Danielle, and Nick Jonas welcomed , in January, a granddaughter – named Malti Marie according to TMZ – via surrogate with his wife, Priyanka Chopra. In the Jonas siblings, only the young Frankie (who is not part of the group but is known for having been an actor and for his Tiktok account) 21 years old, does not yet have a child.

Ed Sheeran is a dad for the second time

Johnny Depp: “drunk almost all the time”, his career already in decline before the charges, according to witnesses

Continue reading on this topic(s):

Sophie Turner and Joe Jonas are expecting their second child