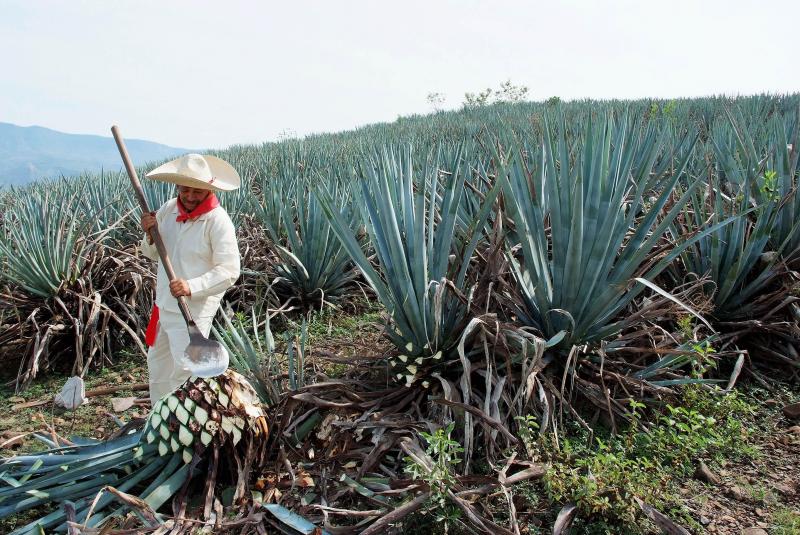 Did you know that we may soon run out of tequila? We explain why!

American stars don’t just invest in Provençal rosé. They also devote their fortune to a hyper trendy spirit: tequila. Indispensable in the preparation of a margarita or a tequila sunrise, the Mexican eau-de-vie made from blue agave plants was the new darling of Georges Clooney until the actor resold his brand Casamigos to the Diageo group (which owns famous brands such as Johnny Walker whiskey or Smirnoff vodka) for a million dollars in 2017. Influencer Kendall Jenner also tasted the success of Mexican spirits by launching Tequila 818 last year , just like Dwayne Johnson “The Rock” (Teremana), Rita Ora (Prospero) or even AC/DC (Thunderstruck). Justin Timberlake or rapper P.Diddy were among the first to invest in the tequila market.

The success of this white alcohol with a vegetal and woody taste had already been measured by the reference firm IWSR, which deciphers all the trends in terms of drinks in the four corners of the planet. In a forecast report, the British expert institute forecast tequila growth of 7% each year between 2016 and 2026. If in France tequila is gaining ground with an increase in sales in value in supermarkets 18% in 2021, the United States, Mexico and Canada are the three largest markets for Mexican drinks, which account for 88% of volumes. Lately, the success of tequila also goes through ready-to-drink cocktails, the department that has the most wind in its sails on the other side of the Atlantic, with a sales explosion of 42% in 2021, according to the professional federation of the Discus sector.

These are all good reasons to plan a bright future for the finances of Mexican tequila producers… Except that for several years now, the American press has been warning about the shortage of agaves, a plant essential for the production of this white alcohol. And to stamp the “tequila” label, these plants with large serrated leaves must also have been harvested in the state of Jalisco and in certain areas of neighboring regions such as Michoacan and Guanajuato. In a recent publication, the firm IWSR recalled that it took between seven and eight kilos of agave to produce just one liter of tequila. “Agave prices have reached record highs over the past three years reaching $26 to $28 per kilo,” said José Luis Hermoso, research director at IWSR. In this note, the British experts are clear: “the unprecedented demand for tequila will lead to a shortage of agaves but also to higher production costs”. The situation is such that the consulting firm had to raise its volume growth forecast for tequila in the United States to +9% over the 2021-2026 period.

What are the consequences ?

While premium tequila is the recipe that makes consumers particularly salivate (representing 55% of the category by value in 2026), spirits producers have no choice but to find alternatives to continue to serve everyone. world. And this can have an effect on the quality of the drink. According to Adam Rogers, IWSR’s research director for the North American market, some brands decide to harvest younger agaves that have not reached their level of maturity. Others prefer to get into cocktails since they can no longer guarantee 100% agave tequila.

Eventually, tequila lovers won’t even be able to spot the name of their favorite spirit on the label since the beverage will have been made in South Africa or Australia, where we are experimenting with the sustainable cultivation of agave in the sublime archipelago of the Whitsundays Islands, anchored in the Great Barrier Reef.

Finally, the situation could also lead them to taste other agave-based elixirs, such as mezcal, which can include various kinds of agaves harvested throughout Mexico. If not, do you know of raicilla or bacanora, other spirits which can be distilled with other species of agave?

Soon a shortage of tequila? There won’t be enough for everyone!