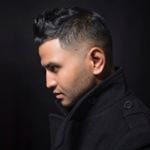 Snoop Dogg’s Blockchain Goals With Nick Adler joining Gala Music as the legendary rapper’s brand partnership manager, Snoop Dogg’s blockchain goals are progressing. Snoop Dogg has been a cryptocurrency enthusiast for nearly a decade. In 2013, he even accepted bitcoin (BTC) for his album.

Snoop has been a big proponent of non-fungible token technology (NFT) lately. Snoop Dogg revealed over a year ago that he owns millions of NFTs and is a crypto whale.

He told the public at the time that he was “Cozomo de’ Medici”, a Twitter character who owns a large amount of top-notch NFTs and is known in NFT markets as Opensea.

Snoop bought Death Row Records, the label that helped launch his music career, according to headlines in early 2022.

The rapper released BODR, his 19th album, after acquiring the label from MNRK Music Group. Snoop told the media after the purchase that Death Row’s ecosystem would include blockchain technology and NFTs.

Gala tweets a video of all of the board members, including record producer DJ EFN, former Tupac Shakur manager Leila Steinberg, and DJ and songwriter BT.

Brandon Tatum, Vice President and Global Head of Music Affairs at Gala Music, discussed the new advisory board in an interview with Billboard.com contributor Benjamin James.

Snoop Dogg revealed during an appearance on the “Drink Champs” podcast in April 2022 that he was going to remove Death Row Records’ catalog from streaming services like Spotify.

Steve Anderson is an Australian crypto enthusiast. He has been a specialist in management and trading for more than 5 years. Steve worked as a crypto trader, he loves learning about decentralization, understanding the true potential of blockchain.