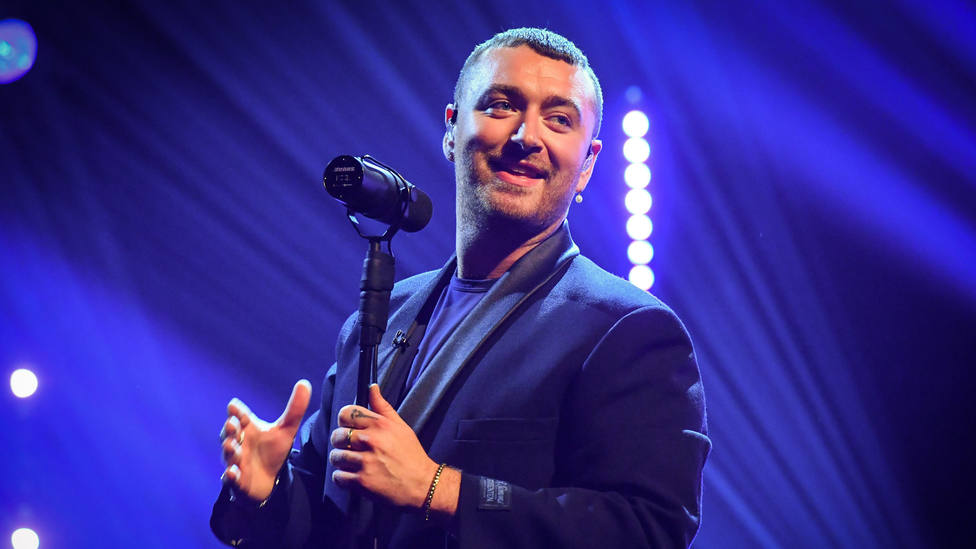 In the middle of the countdown to the arrival of their fourth studio album, which will be released on January 27, Sam Smith came as a guest these past days to the television program ‘The Drew Barrimore Show’ as part of your promotion. In addition to talking about himself, his music and his career in the industry, there was time for relaxation and entertainment so that the viewers and those present got to know the British artist a little more in depth.

Through a game of questions and answers, the actress and presenter took out one of the roles that she had prepared for the interpreter of ‘Unholy’. “The craziest rumor you’ve ever heard about yourself?” Drew Barrymore launches into asking. With barely a few seconds of silence or Sam Smith’s perplexed face for not knowing what to answer, he doesn’t even think twice: “Everyone seems to think I’m Adele”. The audience in the stands roars with laughter, which becomes even more pronounced when Sam Smith points out that it is “Adele [caracterizado] in drag”.

Has anyone ever seen @samsmith and @Adele in the same room? Tune in this Monday, January 23rd for more! pic.twitter.com/11YSXDJHKA

The 30-year-old artist, amid the bewilderment and laughter of the public and the presenter herself, tries to explain himself: “We have never been or been seen together in the same place.” And as if that were not enough, Sam Smith cites the technical experiment that makes him relate so closely to his colleague Adele: “If you slow down his voice, it sounds a bit like maybe mine, so people think we’re the same person.”concludes jokingly Sam Smith between laughs and witness to the absurdity of this hypothesis.

A theory that comes from afar

Indeed, by lowering the tones of Adele’s songs, the voice becomes a little lower and is very similar. On the Internet, there are plenty of videos proving how similar her voices are when they slow down on their respective vinyl records. It is something that some users of social networks already noticed years ago.

Been a conspiracy for years dude pic.twitter.com/J1SxufjEZR

playing around with the whole sam smith and adele being the same voice theory and woah.. pic.twitter.com/PSfTTdqA4P

The British musician was already uncovering in 2022 the final content of that album that will arrive on Friday, January 27, 2023 and that has previews such as ‘Love Me More’, ‘gimme‘ and ‘Unholy’ with Kim Petras. Among the collaborations, the double presence of Jessie Reyez stands out, one with Koffee, to which is added Kim Petras and the very significant presence of Ed Sheeran.

According to Sam Smith, it is a highly anticipated album that now has news because the British artist composed the song that gives the album its name, ‘Gloria’, during his confinement due to the pandemic, completed it with the folk/blues musician Foy Vance and the produced alongside Jimmy Napes and David Odlum. Accompanied by the local London Voices choir, Sam recorded ‘Gloria’ at the church he attended as a child, St Mary’s Church in the Essex town of Saffron Walden, a place whose roots go back to the Middle Ages.

Sam Smith and Adele: this is the bizarre Internet theory that relates them