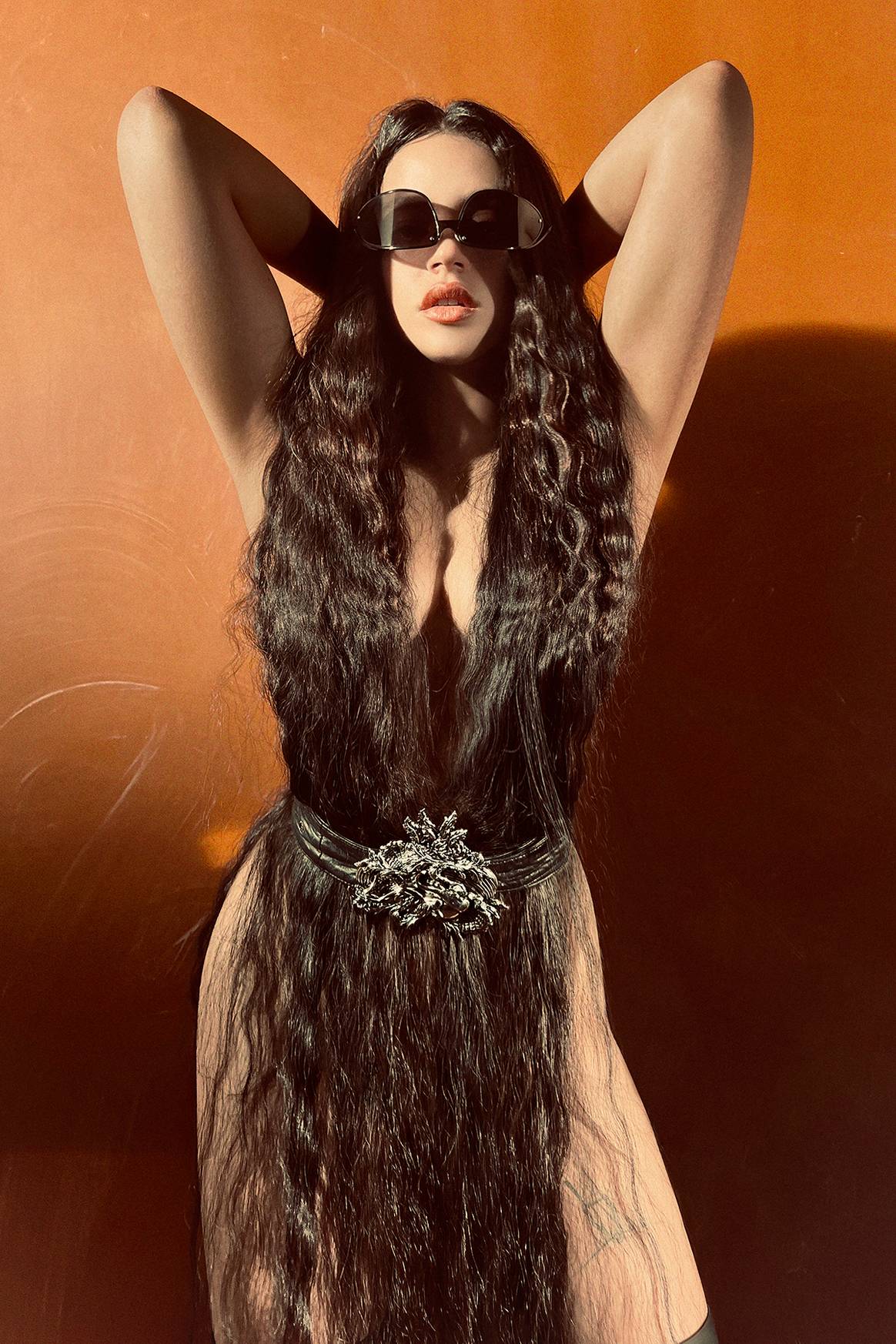 Continuing with the timeless, avant-garde, multifaceted and contemporary style that characterizes the nature of the Swedish fashion house, a firm that stands out as the spearhead of the always attractive and refined Nordic style within the fashion-luxury category, from Acne Studios have just launched their particular campaign for this new Autumn/Winter 2022 season. A set of videos and images from which they have already begun to announce the arrival at their stores, and on their online sales page, of the pieces of their new seasonal collections for men and women, material that on this occasion will feature the uncatalogable Spanish artist Rosalía.

Taking a break on the way of his world tour for the publication of his third studio album “Motomami”, a tour that started on July 6 and is expected to culminate on December 18 with a monumental concert in Paris, after Having performed a total of 21 concerts in Europe and 25 performances in America, with 16 in North America and 9 in Latin America, the Spanish artist made a brief parenthesis to star in the photographs of this new campaign. The first one that she stars in for the Swedish fashion firm, all of it made in Barcelona, ​​the birthplace of the singer-songwriter, a new shining star in the music industry thanks to hits such as “Badly”, “With height” or “El bad wanting”, or more recent songs like “Saoko” or “Despechà”.

“The fall collection was a collage of different ideas and feelings, so we wanted to explore that meeting of historical references, but in the hands of a cultural icon that felt naturally anchored in the present”, explains Jony Johansson, co-founder and creative director of Acne Studios, a company already independent, since 2006, from the rest of the creative branches that the Acne collective has focused on since its foundation. Thus, “we felt that Rosalía was a perfect fit, since she has a unique ability to metamorphose through time, history and culture, all with a contemporary lens.”

“I love how daring, but at the same time elegant everything is,” Rosalía remarks about the Acne collections. “For me, Acne Studios is a brand that takes care of the fabrics, the colors, the textures”, to the point where “everything is carefully thought out” and “impeccable”, but still rabidly “fresh”, underlines the Spanish singer .

Rosalía, in front of the lens of Paul Kooiker

Launched on October 6, coinciding with the arrival of the first pieces of the collections for the Fall/Winter 2022 season at Acne stores, as well as on its online page, to complete the launch of the campaign since the signing of Swedish fashion anticipate that a series of “exclusive activations” will also take place in different parts of the world. Some actions that, go into detail, will be carried out from New York to Barcelona, ​​passing through Los Angeles, Mexico City, London or Paris, and that will maintain these photographs and this material starring Rosalía as a common thread at all times, in front of to Paul Kooiker’s camera. Renowned international photographer of Dutch origin, responsible for signing this campaign with which, in addition to showing some of the key pieces from its latest collections, the Swedish fashion house tries to claim its own essence as a multifaceted and experimental avant-garde firm, from that try to give space and visibility to all that class of artists who are denoted as responsible for leading different artistic currents, within their respective fields of action; just as both Rosalía herself and Kooiker have been doing.

“The campaign tried to capture Rosalía in a way that she is rarely seen,” the photographer himself explains. “While I was making the videos, I discovered that their movements were so strong and determined, that we continued with the same way of working to make the still images”, and always starting from the same approach, adds Kooiker, of wanting to “photograph the contemporary collection” of Acne “in a historical and timeless atmosphere”.

“There is a timelessness, a brutalism and an elegance in the work of Paul Kooiker, which felt like the most appropriate to capture the mood of the campaign”, defends in this sense Johansson. While in her case, Rosalía remarks how “when I pose for a photographer, I always try to be myself, but I also try to channel an energy”; adding that “what attracted me most about working with Paul was that he has a timeless style, with photographs that could have been taken when photography itself was invented”, but that “at the same time, transmit the freshness of the moment”.


Visit our social media profiles as well as other pages related to themhttps://kjovi.com/related-pages/