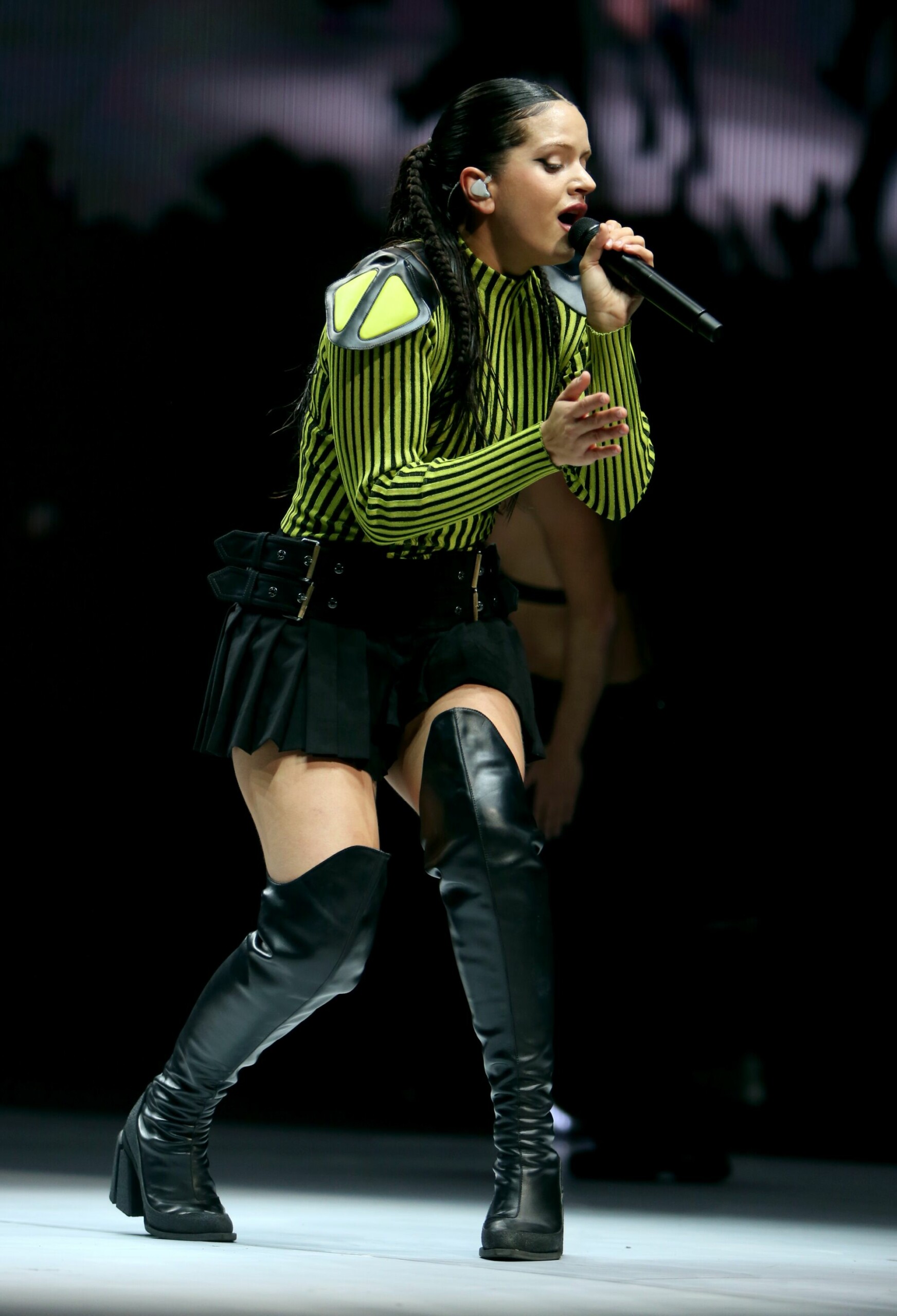 When she decided to change the fusion of pop with flamenco that made her known internationally for a style much more oriented towards reggaeton, Rosalía took risks that brought her both positive results -commercially and in terms of various sectors, the critics – as negative – from those who considered that he had jumped on the fashion car without needing it.

The alterations occurred from one album to the other, that is, from “El Mal Querer” (2018) to “Motomami” (2022), and beyond the natural recess caused by the pandemic, they coincided with an expansion of his fame that, Regarding the place from which we write, it has allowed him to go from the Mayan Theater where he presented during April 2019 (with capacity for 1,700 people) to have two dates at the YouTube Theater (with capacity for 6 thousand), more precisely , the one that took place yesterday and the one that will take place tonight.

In that sense, the Catalan is not as famous as Bad Bunny, who, a week ago, filled the immense SoFi Stadium twice, in which 70 thousand individuals fit. But comparing her to the world’s most popular artist is not necessarily fair, especially since, despite her increasingly obvious efforts to stand out within the commercial industry, Rosalía constantly takes risks by experimenting with all the genres she appeals to, which places her in a less accessible and accommodating position than many of her high-ranking colleagues.

As expected, what was seen and heard at the YouTube Theater was extremely different from what was seen at the Mayan, especially because it was focused not only on the songs of “Motomami” -the tour is called “Motomami World Tour “-, but also in the singles that the Spanish has been releasing since 2019 and that already showed a clear inclination towards reggaeton (although some of them were played in the Mayan).

In that sense, the vibe of now was very different: we couldn’t see the live instrumentalists of that occasion anywhere, the sound in general was much more processed and, instead of surrounding herself with dancers, the protagonist of the evening used to an all-male dance team (with the care that the term deserves and with the addition that all of them – some with remarkable acrobatic gifts – sported intentionally androgynous aspects).

Rosalía, who appeared before us wearing a black miniskirt, long leather boots and a green ‘biker top’ with shoulder pads, was also aware of the rise of her career and the importance of our county in this evolution. “This is the city that gave my first album its name [‘Los Ángeles’, del 2017], and it was like putting in the air what was going to come, because before that, I had not been around here”, she said, almost at the beginning of the concert. “Since then, I’ve always been very excited [presentarme en este lugar del mundo]”. It was one of the few interventions that he offered in our language, because almost everything else he said was in English (which, at one point, caused someone to yell, “Speak Spanish!”).

The inaugural album, which is the purest in terms of flamenco that he has made -and which has been little released outside of Spain- was not totally relegated, because we were able to listen to at least one of his songs, the excellent “La plata”; and if it’s about creations still directly influenced by the same traditional genre, “Malamente” was also included in the repertoire, the biggest ‘hit’ from the album “El mal Quiero”.

On the other hand, if we want to highlight a moment in which Rosalía’s extraordinary voice was exhibited in all its splendor, we have to go almost to the end of the show, when she masterfully and passionately performed “Sakura”, the excellent ballad that closes the official version of the album “Motomami” (which, as you can see, is not only made up of reggaetones). In this case, in addition, the piano – which is the only instrument that accompanies the girl’s performance – was played live.

Much earlier, the same singer, who is also a hard-working dancer, performed “La Fame”, a piece of the same work that was recorded alongside The Weeknd and that, in practical terms, is an alternative bachata, which proves again that the aforementioned plate is not totally dedicated to the ‘denbow’, as is also proven by “Delirio de grandeza” -also present on the night-, a ‘cover’ of the bolero written by the legendary Cuban composer Justo Betancourt who kept his original bases in means of the electronic aggregates that were imposed on it.

No lack of ‘perreo’

Nobody was disgusted by the genre native to the Isla del Encanto, of course. This reached its highest point thanks to a potpourri in which even Daddy Yankee’s “Gasolina” was infiltrated -with several fans on stage-, but he was present from the beginning of the show with his own pieces such as “Saoko”, ” Candy”, “Linda”, “Last night”, “Diablo”, “The Versace combi”, “With height” and “Chicken Teriyaki”, among others.

If we review each one of them, we will find interesting arrangements, novel sounds and different speeds that give them a distinctive air, although, listening to them, we could not help feeling that they do not have the proper ‘groove’ or tropical intonations to achieve immediately get the audience dancing.

In that sense, the recent song that we like the most is “Despecha”, a single that, curiously, does not appear on the “Motomami” album, but whose mixture of sensuality and flavor (mainly guided by merengue) is particularly sticky. . Her performance in the Inglewood auditorium drew particular attention due to the surprise appearance on the stage of Rauw Alejandro, Rosalía’s already official boyfriend, who did not sing any notes, but began to dance after hugging and kissing his loved.

Be that as it may, there is something inherently exciting about what Rosalía does, a performer and songwriter who, from what she shows, seems completely determined to join the big leagues of world pop, because much of what she does today -including her numerous flirtations with contemporary R&B – aimed squarely at mass tastes.

But, on the other hand, the gorgeous singer, who is dealing with the consequences of extreme popularity (her lyrics say so), shows attitudes on stage that distance her from that ‘diva’ image that one might think she pursues: for For example, in the YouTube Theater, he did not make any costume changes -and even took off his makeup with a towel at one point-; she offered a staging almost completely devoid of arrangements and scenery; she rejected the idea of ​​having special guests; and, of course, he managed to stay original through unusual musical mixes that were also accompanied by deeply personal lyrics whose understanding is not always easy due to the use of curious terms and his own diction, but which do not leave never attract attention.

In any case, what the Grammy winner is interested in is staying connected with her younger listeners through strategies clearly aimed at them, such as the use of a particularly active camera that constantly made ‘close ups’ of her face and the movements of its dancers, trying to simulate the frames that are normally made with cell phones. It was a unique detail, but also an idea whose realization was not entirely successful, because the cameraman in charge of it was often on top of it, which hindered the visibility of the audience.

Rosalía maintains her originality in the midst of reggaetones and experimentations