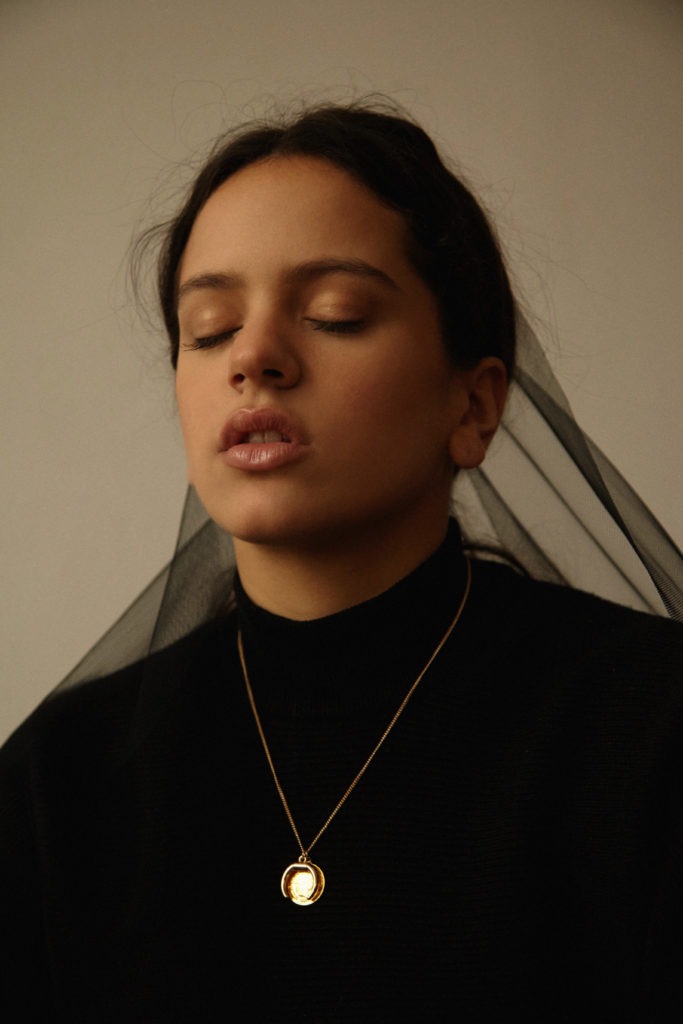 Musical portraits are making a comeback on ToutLaCulture! This time, we fly to Spain, in the heart of Catalonia, to meet the flamenco sensation. Clap of hands, raw words and furious rhythm. This is Rosalia.

You would have to live in a cave not to realize the popularity of Latin music in the hearts of human beings around the world. In the United States, a J Balvin, a Bad Bunny or a Becky G grab everything in their path. We notice — finally — that Latin America is a talent pool. It was time ! Certainly we do not understand everything, but the bewitching rhythm that emanates from this music is communicative enough to destroy all language barriers. Quickly in the game of world music, to the one who will sell the most, and will innovate the best, a certain standardization of music spanish stands out. Flute. This was without taking into account the presence on the old continent of a spark from Barcelona, ​​capable of burning everything in its path: Rosalía. At 25, she has musical specialists and flamenco enthusiasts at her feet.

A hot summer in the heart of Barcelona was enough for us to unearth this pearl two years ago. In a flamenco bar in the Spanish capital, Catalina sounds.

It’s like being in a movie as the situation was cinematic. At the edge of the trees, everyone goes about their business, and in the background, this gentle ballad. From his first album Los Ángeles, Catalina brings together everything that will make the Rosalía brand a few months later: a burning flamenco that is more traditional than it is today, an immeasurable rage in her voice, a powerful theatricality and an unparalleled ability to navigate between high and low. The Spanish prodigy thus opens the doors to a particular universe, where only a privileged few can enter. Not for long.

Geographically, she could not have met this artistic destiny that she embraces today. Because it is thanks to her modern and insolent flamenco that Rosalía has earned a place among the greatest, and that in record time.

Born in Catalonia, she spent the first years of her life away from flamenco, a musical genre that blossomed in Andalusia in the 19th century. Adolescence is coming. One day, she is walking down the street. A car passes by his side, the windows down, playing a song that will change his life. She hears a lovely voice and those legendary hand claps. She understood in a split second that flamenco was her thing, this passion “who was going [la] guide all his life. Camaron de la Isla then becomes an icon for the young Rosalía. A direct, striking and above all visceral flamenco.

One evening she receives a guitar from Granada, one of the most important cities in Andalusia and devotes herself to learning the rules and rudiments of this musical genre.

At 16, she crossed paths with a flamenco superstar, José Miguel “El Chiqui” Vizcaya, her Pygmalion. He took her under his wing, taught her the basics of singing and piano. In the blink of an eye, she finds herself on the small stages of tablaos (flamenco bars) in the alleys of Barcelona.

To always go further in this discipline, she enrolled at the Higher Music School of Catalonia. Be sure to know all of this kind, so as not to become the little girl from Barcelona obsessed with flamenco. She wanted to know her essence, that this kind of music lives in her, consumes her.

Then it was necessary to embark on the ocean that is world music. In February 2017, she unveiled her first album Los Angelesa love letter to a dream flamenco Spain.

Sharp words, handclaps, crazy guitar, everything refers to a traditional flamenco, almost purist. Rosalía remains cautious, does not attempt creative overflows as this first opus remains locked in a form of traditionalism. The press acclaims him but it does not take. Some even dare to reproach Rosalía that the album is not flamenco enough. Aberrant.

She locks herself up alongside her lifelong sidekick, producer El Guincho. Together, they will spend whole nights shaping the new nugget of the Spanish singer. Quit not sleeping. In her head, she imagines a story album that draws its inspiration from a Catalan novel from the 13th century, Flamenca. Exit the cheap singles that follow one another without taste or color, Rosalía dreams of more: an album that can be consumed like a work of art, divided into chapters. We need a name to live up to this hope. It will be El Mal Querer, a dark love. She tells the story of a woman who marries a man. The latter, in the name of an omnipresent and cruel jealous woman, locks him up.

More than an irreproachable aesthetic, which she maintains throughout her career unwell is above all a musical masterclass. It is transformed, its music modernized. The Rosalía brand emerges. The artist decides to break with traditions and sprinkles this first sound with hip-hop and electro beats. Once again, Rosalía transmits more than she educates. Linguistic barriers disappear under the powerful voice of the young Spaniard. We feel the fury of his flamenco, the sadness of his lamentations. We hear sirens, clapping of hands, choirs. A successful cacophony. She becomes the one to listen to. Some call it Diosalia — contraction between the word … .

She connects the singles Pienso en tu mira, Di mi number, with such fervor. At the end of 2018, his album was released, with the same enthusiasm. Some flagellate themselves for not having unearthed it sooner. His talent escapes all. She receives Latin Grammys Awards, without the world scene really knowing her. The clips Baghdad and De aquí no sales are revealed. Its visual originality is acclaimed. Then one day, she explodes with the summer hit: With Altura.

His lifelong friend El Guincho as a sleazy pilot, Rosalía dances in the aisles of the plane. She invites Colombian superstar J Balvin for a few lines, as if to show that flamenco can be fashionable. He is and thanks to her. The sequel could be more complicated: the eyes of the whole world are riveted on her. But don’t panic: the Rosalía with a clap of her hands puts everyone in agreement. Evidenced by his last baby Fucking Money Man.